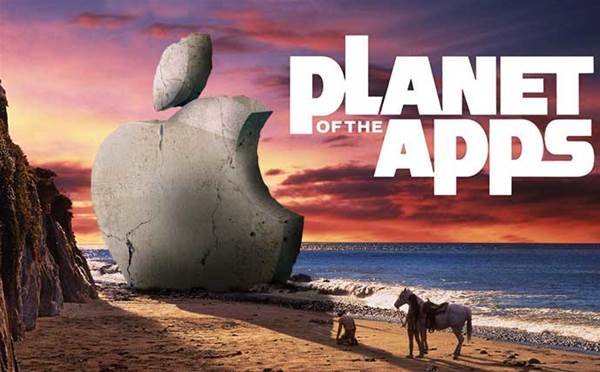 COMMENT  |  You probably noticed recently that the Academy Awards (Oscars) were doled out to film industry notables whose work met with the approval of other film industry notables. It was in all the papers. You may also have seen that the event was not without its controversy, as social media was set alight with discussion of the odd manner in which Nicole Kidman applauds. What’s up with that, am I right? There was also that mix-up about who won Best Picture. That was newsy, I guess.

But the really big story — the one that has implications well beyond this year’s box office — was the night’s biggest loser: Apple. How could Apple have lost, you ask? It wasn’t even nominated. Why, it didn’t even produce any content to nominate! Bingo.

A paradigm shifted on Oscar night and, for the first time in a while, Apple wasn’t shifting with it.

To understand what I mean, you have to go back to the very first preview of the Apple TV. That box didn’t much resemble the Apple TV you can buy today. Its functionality was limited to either streaming content over wi-fi from a computer on your network, or (if you had too slow of a network) syncing content to an internal hard drive to play on your TV. You couldn’t buy content with it or stream over the internet. It was even billed as “a hobby” — not something the company was very serious about, really.

In reality, it was a shot across the bow of every incumbent media distributor and cable TV provider. Apple, which had already upended music distribution with the iPod and the iTunes Store, was making a move for the TV in the living room. At that time, it seemed likely — if not inevitable — that Apple would do to video content what it had done to audio: put control in the hands of customers and let the old ways of doing things be damned.

That was Apple’s way with the iPhone, too. It saw the control exerted by telcos as stifling the possibility of a genuine smartphone platform, so it created the most desirable device on the planet and told the telcos they could get on board with Apple’s terms or not. Eventually, they did. Just like the music labels that had reluctantly hopped on board with iTunes. So of course the same would happen with the TV and movie companies, right? Wrong.

Tragically, I have not been privy to the negotiations between Apple and the various media companies. I don’t know what vision they were offered nor on what terms they refused it.

What I do know is that other companies have moved into the space Apple once had to itself. Apple’s strategy in the living room hasn’t moved in years. On the other hand, Amazon – which saw Apple take its place as the top source for online music sales – has made a serious bid for the living room with its Amazon Prime streaming service and Alexa home assistant. Amazon didn’t even make devices a decade ago, and now it’s adapted and disrupted an industry – just like Apple used to do. That’s gotta sting.

Meanwhile, Apple has started producing its own “original” content. I can’t use the word “original” without quotation marks because the content it has produced — Planet Of The Apps — is anything but. It’s kind of like Shark Tank meets The Voice and has Gwyneth Paltrow in it for some reason. It looks exactly like a lot of things I would never watch, and has a dumb pun for a title just as an added bonus.

Amazon has also begun investing in original content for Prime. You may recall that it scooped up the former cast of Top Gear for a show called The Grand Tour — that’s one of many Amazon-produced shows that people actually watch. Willingly. And on Oscar night, Hacksaw Ridge, produced by and for Amazon Prime, was nominated for a bunch of statues including Best Picture. Jeff Bezos was there in the audience with other big-time producers, just soaking in the legitimacy of having become a serious player.