Why print vendors are buying up big in the channel 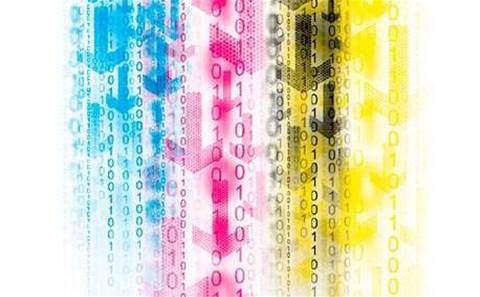 Some revolutions are louder than others. You can’t move in the channel without hearing about mobility and BYOD, or security issues, or the cloud. But there has been another, quieter revolution taking place. The humble printer, sitting in the corner of the office has become more sophisticated and a critical part of the corporate infrastructure.

While print remains a notable cost on the balance sheet – figures ranging from 1-3 percent of total revenue spent on print are commonly quoted – the general momentum for print volumes is downward. That is driving suppliers – both hardware manufacturers and resellers – to focus on managed print services (MPS), which to some degree is making money out of a declining market (many MPS strategies revolve around helping a client reduce its spend on print).

However, Mark Vella, Kyocera’s director of sales and marketing, says that the decline in print volumes hasn’t been as stark as some believe. “We haven’t seen a major drop off in print volumes as much as you would think. Perhaps down the track, in 10 or 20 years, it will happen with generational changes, but today printing is a basic cost to any business.”

In fact, Vella says that the real decline has been among commercial printing companies; as fleet devices have become smarter and more sophisticated, it has played into the hands of multifunction device (MFD) manufacturers and managed print providers.

Modern MFDs can handle detailed colour, different paper stock and carry out tasks such as folding and binding. Businesses are now printing more, but at a lower cost, and they no longer need to outsource jobs such as letterhead and custom envelopes to external companies. If they do enlist a third party, it is more likely a managed print provider, rather than a commercial printing operation.

A parallel trend has seen the companies that manufacture devices transition into IT services. In many ways, this is the classic M&A story – one party has the customer base; the other has the product.

Printing vendors have long supplied photocopiers and multifunction devices to everyone from SMBs to corporates to government agencies, hence they have the customer base. But the addressable market for their technology is shrinking. That has driven some forward-thinking vendors to pounce on IT companies, adding new products and services to sell to their existing base. Ricoh, Lanier and Viatek are all examples of printing-focused suppliers that have acquired Australian IT companies in recent years.

Smart companies have seen the similarities between printed workflows and digital ones, and sought to bridge the gap.

“One day we may get to a virtual world where everything is digital. But today we exist in a hybrid world and companies must adapt their workflows to easily transition between the paper and digital worlds,” says Hamish Patterson, print enterprise & MPS manager for HP South Pacific.

Patterson says printing is at an interesting inflection point in the market, from SMB through to enterprise. Printing is an opportunity for customer communication and interaction – especially marketing materials – but it’s also a significant cost. For simple communication, customers are looking to minimise printing and leverage digital channels.

at how the managed information flows and not just the cost of toner, service and paper. And customers are looking at their printing technology suppliers to offer more.

Matt Jones, the national manager, managed and professional services for Ricoh Australia, says: “It goes back to the GFC, when businesses really looked at how they could do more with less and get more out of their suppliers and partners.”

In Ricoh’s case, this drove the acquisition of IMC Communications in 2012. The Sydney-based integrator offered end-to-end IT infrastructure services based on technology from the biggest in the business, with vendors such as Cisco, VMware, Veeam, EMC, HP, IBM and more.

Jones says that, for example, the Queensland government was recently looking for companies that could provide print and IT services under the one umbrella. Other large corporate and government clients are looking for the same.

He sees a fundamental split within the industry, with more advanced organisations not only providing hardware, managed print services and managed IT services but also moving into cloud infrastructure and business process optimisation.

“The acquisition has been very successful. Ricoh has a strategy of growth by acquisition. As a result, we’ve learned how to integrate organisations into Ricoh as effectively as possible,” adds Jones.

Multifunction devices are increasingly network-connected, hence it makes sense for print service providers to have expertise in network operations. Having built up trust deploying printers onto networks, there are opportunities for these suppliers to help build up the IT services side of the business and vice versa. For example, there are opportunities to build workflow and filing systems using the scanning capability of multifunction devices.

One such case is Viatek. The group is a major Fuji Xerox dealer. It is regionally focused with eight principle dealerships in Victoria and NSW. The majority of its clients are SMBs. The company has moved from its print-centric roots to also include telephony and managed IT services. About a third of Viatek’s $100 million business comes from IT services.

Chief executive Michael Doery says: “With our print business, which we love and is our whole backbone, there is an opportunity to diversify in a couple of ways. One was to expand our IT business. We did that through the acquisition of B&D Technologies out of Ballarat.”

More recently, Viatek acquired CN Group, an SAP specialist with headquarters in Sydney. Doery says the deal provided further diversification. “The principal aim was not to support our print business but to give diversity to our client base. CN Group is more of an ERP integrator so it gave us some real diversification.

“As they are complementary, CN now gets access to a level of support from our management team and access to joint marketing and the brand name. The idea of this is to be mutually beneficial,” he adds.

Doery says that despite the anticipated decrease in printing volumes, “we are actually printing more and there are more devices being deployed in offices”. In fact, he’s still seeing clients who print emails to read offline.

Patterson says: “HP is finding that customers are a lot more mature in their buying preferences now. They have realised that simply consolidating to large multifunction devices is not always going to deliver optimum efficiency and productivity outcomes.

“Customers realise there are more effective ways to manage the cost of printing, while also addressing the digitisation opportunities available through their imaging and printing technology. Customer buying behaviour is changing to more of a service-based acquisition model.”

Patterson also says that “the growth in market opportunity is coming from customers moving away from just buying hardware to buying imaging and printing outcomes via managed print services; and assisting customers in moving towards digital information, and everything associated with that change.”

Clearly, print is still a big business. HP’s chief executive, Meg Whitman, recently told attendees at a Morgan Stanley conference that despite the turmoils at the company, print was relatively untouched and continued to be “in some ways the very best part of HP”.

The good news for print providers in the channel is that despite the squeeze on commercial print volumes and notwithstanding the need to diversify, print is here to stay. A recent report, Global Managed Print Services (MPS) Market 2012-2016, compiled by Research and Markets has forecast that managed print business will continue to grow by 10 percent per year.