Why 'spy chips' in Amazon and Apple hardware scares us 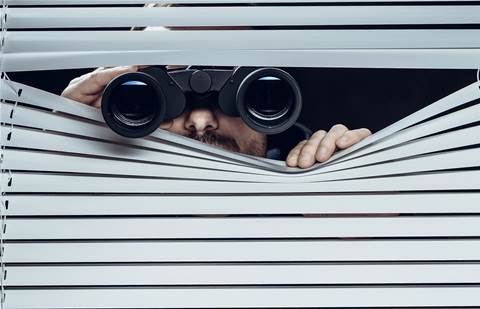 COMMENT  |  One heck of a hullabaloo was raised in recent times by an article alleging that certain servers purchased by Apple, Amazon and others were secretly implanted with “spy chips” the size of a grain of rice (note that comparison — it’s not accidental).

These chips allowed nefarious actors to get access to the servers and the massive volumes of customer data they stored — even if the servers were turned off. And who, pray tell, might these nefarious actors be? Well, the Chinese government, apparently. You see why the “grain of rice” comparison was so prevalent? It adds credibility.

You say there’s a “tiny” spy chip, that could be anybody. But who knows rice better than the big bad scary Chinese? (You and I know that China is home to over a billion people who speak a dozen different languages and live lives as ethnically and culturally diverse as anyone on the planet, the vast majority of whom have no interest in my iCloud account.

But you and I aren’t trying to scare people.) Apple says it has investigated and found no proof of the spy chips . Amazon says the same, as does the company that supplied the servers. But the publisher of the original story refuses to retract or alter it in any way. Why?

Well, it’s a handy narrative. We’re living in a time when people’s attitudes to privacy are in a state of flux. People see the value in handing over enormous amounts of private data to Facebook, Google, Apple et al. and letting AI algorithms churn through it to deliver amazing personalised customer experiences — but they’re still kinda wary about privacy.

The two attitudes are massively contradictory. And that contradiction is where stories about computers spying on other computers can gain traction. We want the illusion that we’re still in control of our data and we’re terrified that we’re not.

An anecdote: I was sitting on the sofa talking to my wife about a word game we both play. She lamented that one of the people she plays against regularly had not played in a while, owing to various personal circumstances.

While we were sitting there, my phone flashed an alert from the game, informing me that my wife was looking for more games. That, I have to tell you, is spooky. It’s also accurate information. Had I been another of my wife’s regular playing partners, perhaps one who hadn’t played in a while, it would have been a nice reminder, and I might have started up a game. This would have pleased my wife.

Great customer experience. Result. Another time, I was driving along and saw a new restaurant that offered a cuisine with which I am unfamiliar. I thought to myself “I should remember the name of that place — I’d like to try it sometime”. Later that afternoon, an ad for that restaurant appeared in my Facebook feed. Way spooky — I didn’t even say it out loud. So I was freaked out.

But of course, then I had the phone number and didn’t have to look it up. I could relate a dozen similar stories from friends and acquaintances who are quite convinced the computers know more about us than they should.

It’s demographics. It’s generational. Facebook knows this, so does Google and so does Apple — though Cupertino is playing a longer game. The rice-sized spy chip story had massive problems, beyond the denials from every company it named.

The process by which the chips were alleged to siphon data turned out to be unfeasible. And even if the customers being spied upon were not among the most security-conscious on the planet, they were likely to notice outgoing data.

But that doesn’t matter. People are getting used to the idea of corporations using and even misusing their data, and accepting it as the price of excellent customer experience.

You want to scare people, tell them their data is going to a government — especially a foreign one. What’s the Mandarin word for “boo”?