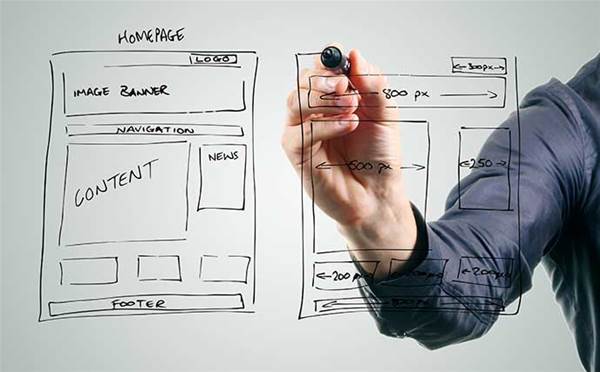 Think about the website you built for your business. How would you rate it in terms of design?

Yes, I know you spent as little as possible on it. You probably got a programmer to whip the site up based on a WordPress template and left it at that.

Need a logo? Grab one from Fiverr. Odds are it’s not one of those minimalist, big-picture splash screens on every web designer’s personal page. Or one with that cool parallax scrolling effect that turns a website into a storybook.

The irony is that the fancy design built to the latest theory in user experience (UX) doesn’t necessarily equate to a commercially successful website. So says Adam Ferrier, an advertising guru and TV celebrity who appears on the ABC’s The Gruen Report.

Ferrier gave a terrific keynote at Sitecore’s conference in Sydney this past May. It had a gripping, contrarian message that efficiency in website design can actually undermine the commercial relationship a company establishes with its customers.

Ferrier talked about two modes of thought on website design. The first is summarised by Steve Krug’s short guide on usability, Don’t Make Me Think. Krug’s position is that customers just want to be left alone. Your website’s job is to stay out of the way.

In design terms, this translates to cutting the number of clicks it takes to perform an activity, which will cut the time a customer spends on a site, reduce the interaction and minimise cognitive load. The shortest path between arriving on your site and taking an action – filling out a contact form, signing up for a newsletter, buying a product – the more likely that visitor will convert.

The only problem with this is that your site can become so efficient that customers move through it too quickly. They make their purchase and move on, and within a short time, they will have entirely forgotten about you and your site.

“Efficient marketing creates Teflon brands,” says Ferrier. “Consumers don’t stick to Teflon brands.” Ferrier’s rationale is that most customers buy a product because it fits a category need, not because they want that particular brand.

First and foremost, people buy because they have a need or desire. The first question they ask is, “What category is my need in?” If I’m thirsty, I want a drink. The second question they ask is, “What is the easiest selection within that category?” In most cases, the easiest selection is the one that is most familiar. The first drink company most people think about is Coca-Cola.

People then consume a brand not because of the value of the brand itself, but because they want the category benefit. The problem there is that the next time someone has the same need, they’ll have little loyalty to the brand. They only want something that will fit the category.

“You’re only making it easy for the consumer, not interesting,” Ferrier says.

Ferrier’s recommendations are refreshingly different. His first suggestion is to “create ugly”. After all, Craigslist, Reddit and Drudge Report are all hideous websites that attract huge amounts of traffic.

His second suggestion is to “create confusion”. Change your website every day to force people to reprocess it. The most famous example is Google, which constantly changes the image above the search box on the landing page.

Create gaps in activity that the user has to fill. For example, asking people to give their opinion makes you more positively predisposed to whoever asked it. A study found that people value IKEA 30 percent more because they have to assemble the furniture themselves. The effort invested makes it more valuable.

His last recommendation is his best: “The waste in advertising works.” Take a company that spends a huge amount of money on a billboard or a sponsorship for a sports event, where there’s no way to capture email addresses or drop tracking pixels.

“This signifies biological fitness,” Ferrier argues, in the same way as owning a Ferrari. You’re saying that you are making so much money that you can blow a motza and it doesn’t even make a dent.

So, if your website is ugly, confusing and incomplete, you’re right on track!