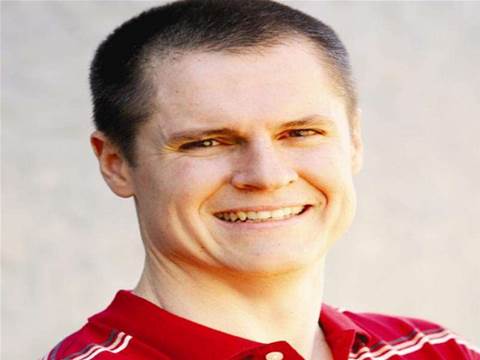 We go from one extreme to the next. The last article was sent to you from cool and quiet Auckland. This ‘From the Coal Face’ comes to you from the excitement and heat of the entertainment capital of the world, Las Vegas!

Americans, of course, get a bit carried away describing Las Vegas as being in the middle of the desert. I have ridden a mountain bike across the Simpson Desert and that is a real desert. Sitting in Las Vegas you are less than 30 miles by road from Lake Mead and Hoover Dam. To give you some appreciation of the size of Lake Mead and Hoover Dam, Lake Mead can hold 9.3 teragallons of water and Hoover Dam has enough concrete contained within it to pave a two-lane highway from San Francisco to New York – as well as, so legend says, enough bodies from mafia altercations to fill a cemetery! Most Aussies would laugh at the suggestion that you could describe an area as a desert when there is such a plentiful water supply at hand – but on a technicality on rainfall alone, Las Vegas indeed is a desert.

If the New Zealand experience from last issue showed the similarities between NZ and Australian resellers, the sheer size of the US – at least 10 times the population of Australia – and the advanced level of the marketplace give an indication of the direction we will take in the coming years.

The first stark contrast that I noticed was that the traditional product-only reseller rarely exists in the US. Every reseller I spoke to saw that their future was in being a value-added reseller and had aligned their business model accordingly. You see, PCs are just a commodity in the US. You can go down to the grocery store and pick up a carton of milk, some sugar-flavoured breakfast cereal, the obligatory donut and a PC. PCs are sold from all the major retailers and they are just another SKU to be stocked and sold.

For value-added resellers, this brings about all the issues of lack of knowledge and poor IT experiences that have been discussed in previous issues. The US resellers have seen this process occur already and realise that they need to be adding value to the sales they generate. It was very rare for me to talk to a reseller who was trying to sell products only.

Margins have been squeezed even harder than in Australia. Many volume retailers achieve huge discounts from the distributors and then add a miserable two per cent margin. It makes it impossible for the average reseller to compete against this on price alone.

Certainly, the US market has well and truly grasped the concept of managed services. More resellers every day are trying to work out ways to embrace this concept and bring it forward into mainstream services delivered to their clients.

Although the actual term managed services is not in widespread use in the general business market in the US, the concept is. Industries that are delivering professional services are moving towards managed services models – they are just calling them
a range of different names.

In the medical profession, there is a managed services model called MDVIP. Patients in this scenario pay a minimum annual fee of US$1500 just to be a client of the doctor. This doesn’t include the fee for each ad-hoc visit – but what it does include are several compulsory visits whereby the doctor can create a wellness plan for the client and track their progress against the mapped out plan. Where doctors have typically been the classic break/fix operator (who heard of going to see a doctor when you are well) this is a giant leap forward in the mindset of patients.

When you see doctors and accountants moving their business model to a form of managed services, you can see that the market is more readily acceptable of the same concept in the way they purchase their IT services. And this is one of the
main strategies resellers in the US have adopted.

Managed services is just one of those services, but looking at the current US market and knowing that we typically follow in behind, I see that managed services is the most obvious value-added service we can build in to our suite of offerings to our clients.

Now to the real purpose of my visit to Vegas. Carn the Red! Come on croupier – I have my house riding on this ...

Tags:
a hardware like pc that with would you