You thought Google Glass was dead? You were dead wrong 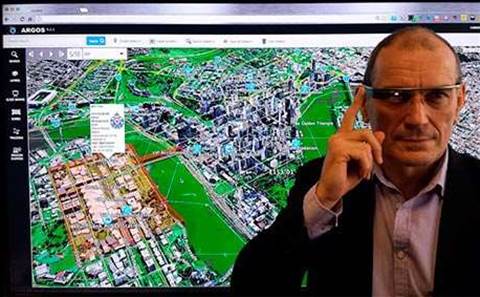 I've noticed a lot of media comment about the demise of Google Glass after Google announced this move via a Google+ post on 16 January to follow an article in Fortune magazine the previous day.

Both the Google+ and Fortune articles clearly state that Glass is moving out of the R&D phase of its product life and into a full commercialisation division in Google, headed by Tony Fadell, who joined Google via its acquisition of Nest.

Fadell has a great pedigree in taking consumer devices (such as Nest's remote controlled thermostat devices) to the market, and this is a natural move by Google. It has been well received by Google partners, particularly Glass at Work certified partners – it's the key step we have been waiting for indicating the product is closer to a commercial release.

This would not have occurred inside Google X, which is Google's semi-secret research arm, akin to the Skunk Works of Lockheed Martin.

The closing of the Google Glass Explorer Program, which was effectively a large-scale public beta of the devices, is also a natural step in the commercialisation future of these wearables.

However, many journalists read this as the beginning of the end for the program [Editor: yes, including CRN]. This couldn't be further from the truth. I have spoken with some of the Glass at Work team and they are churning along with the project and the devices are still available through Glass at Work partners that have registered with Google, as we have here at Dialog in Australia.

Google intends to address this misunderstanding in the near future, and you can already see signs of that at the Google Glass website which has a new message: "Thanks for exploring with us, the journey doesn't end here". [Nice Lord of the Rings pun by the way]

Pilot programs with Google Glass are still possible. The devices are available via Premier partners such as Dialog here in Australia. Any pilot work can be reused when the devices come on the market, with minimal – if any – changes required to the code in the developed Glassware.

This will be a good year for the Google Glass at Work program. While some leading organisations are already wrapping their minds around the technology to better understand how they might benefit from the commercial release, we have been mounting several pilots of the platform for that purpose and will continue to do so through the year.

There is a view that Google Glass will have a greater interest and impact in the workplace than it will as a consumer device. I tend to share that view. There are already some obvious industries, such as medicine, asset management, roadside assistance and emergency management, where these devices will provide a tremendous benefit.

I'll be raising a glass when this product is released in Australia, and while we can't say when, it won't be long.