Who was hired, who quit and where are they now? And why is Malcolm Turnbull on the list? 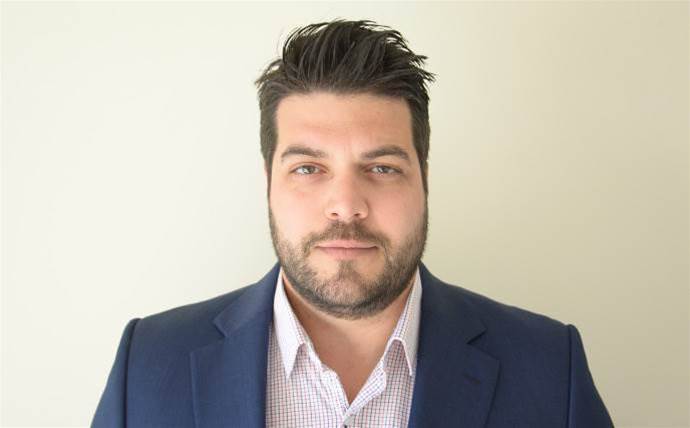 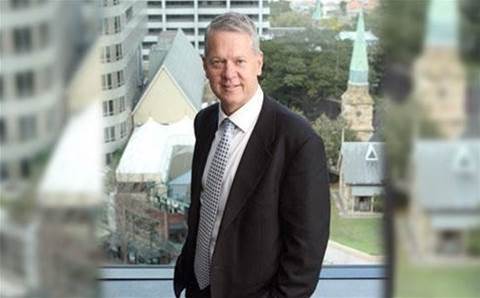 Wearne was hired out of Adobe in 2012 when he was the creative suite vendor's Aussie channel chief.

"After 140 quarters working with multinational IT companies, I am looking forward to a balance of running my own advisory business and improving my golf game," Wearne told CRN at the time. 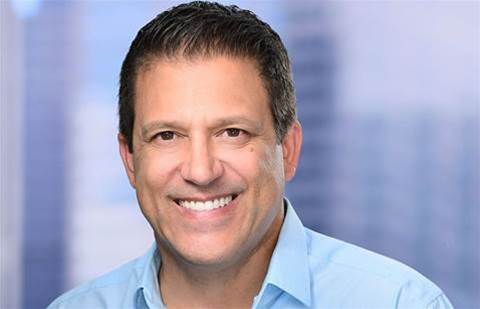 A ServiceNow spokesperson confirmed his departure, though no replacement has been appointed yet. And the job is still vacant - ServiceNow told CRN the company is still looking. 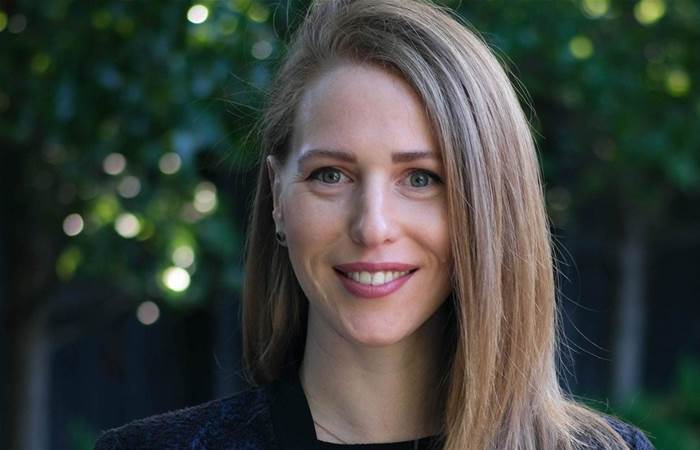 She previously worked for hyperconverged storage vendor Hiatchi Vantara, where she was partner manager for the southern region.

Her resume also includes roles as alliance manager for Brocade in Australia and New Zealand, an account manager for NTT Communications ICT Solutions and channel marketing work with Hewlett Packard. 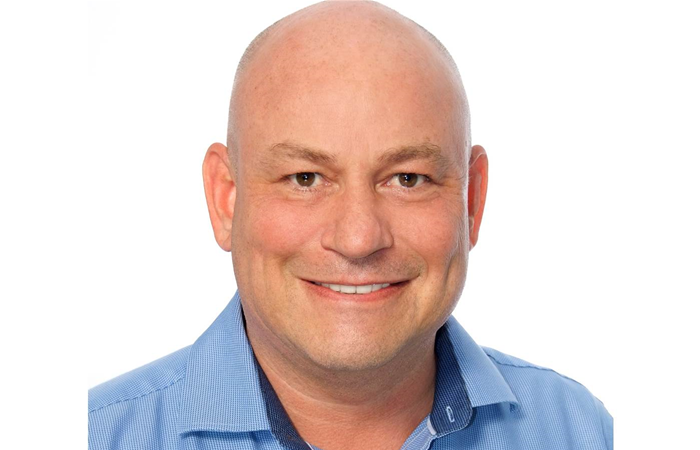 Application delivery software vendor named Tony Sandberg as its regional director for Asia-Pacific with responsibility for the Australian and New Zealand businesses.

He brought more than two decades of experience to the role, including stints at Polycom and Ericsson.

“I see great opportunities for Kemp’s growth in the region and the one I’m looking forward to most is bringing our metered licensing model to show future customers in Australia/ New Zealand that there is a way out of the F5 lock-in," Sandberg said. 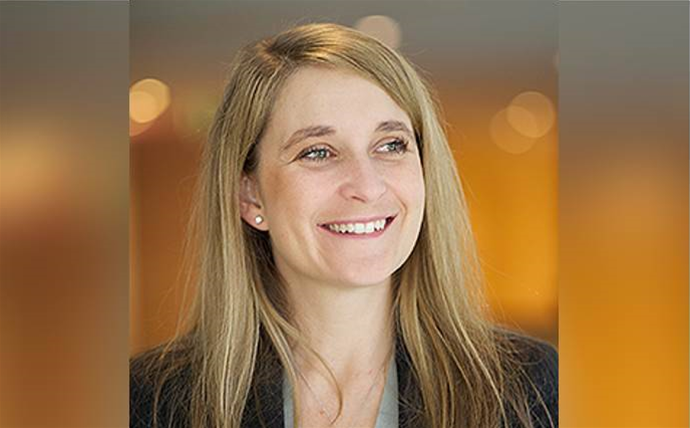 The new role was created specifically to speed up improvements to Optus’s customer experience, according to CEO Allen Lew. Artis group managing director Chris Greatrex left the company after more than seven years for a position in product development at Datacom.

He was replaced by former CA Technologies vice president of services Mark Bennett, a New Zealand native who has spent two decades in the IT industry in Australia, New Zealand and the US.

Greatrex landed the gig as Artis’ managing director in 2011 and prior to that, worked for the likes of SMS Management and technology, Kaz technology Services and Strategic Computer Solutions. She joined from GitHub, where she was channel sales manager for ANZ and Southeast Asia.
Larcos is now based in Sydney and is responsible for supporting Talend’s regional partner ecosystem and expanding the vendor’s partner-led business initiatives. 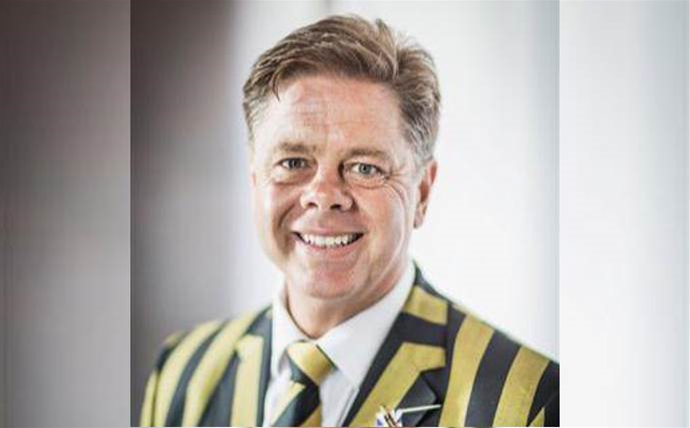 In the same week as announcing a new name and rebrand, the company now known as "Poly" selected Andy Hurt to lead its ANZ business.

Plantronics acquired Polycom in a blockbuster US$2 billion deal in July 2018, bringing together enterprise unified communications with Polycom's videoconferencing. The two announced an official merger and rebrand as Poly in March.

“Since joining in November, I’m proud to have been selected to lead the business in Australia and New Zealand, and have the opportunity to establish a new future for our customers, partners and employees in delivering a high-quality technology experience.” 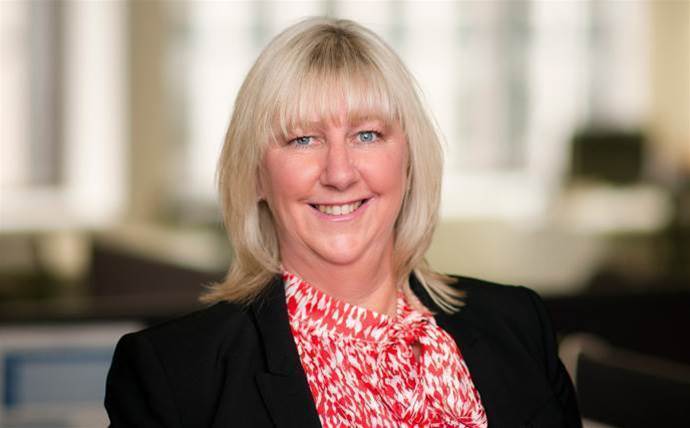 CSG’s chief and managing director Julie-Ann Kerin stepped down after seven years with the company.

The company said a leadership change was required in order to implement its strategic transformation program – an initiative to turn around CSG’s multiple years of net losses, which includes a restructure of its SME and enterprise businesses.

Kerin was replaced by chairman and executive director Mark Bayliss as acting CEO, but is yet to announce a permanent leader. 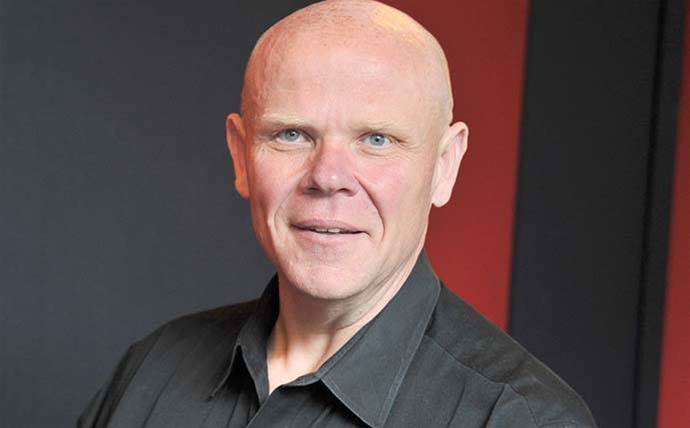 Alcatel-Lucent Enterprise hired channel Karl Sice as its sales leader for Australia and New Zealand with the intent to challenge the voice and data networking industry giants.

Sice previously worked for ASI Solutions as the head of its commercial and federal government business. Prior to that, he was head of technology solutions for Staples, but left months after it was acquired and rebranded as Winc in February 2018. 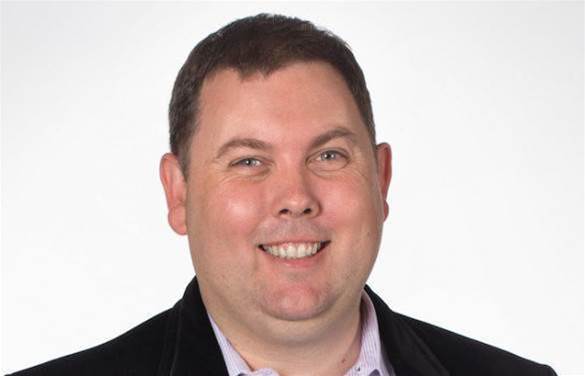 Optus shuffled its executive team in April, leading to Ben White’s appointment as managing director for the telco’s SMB and wholesale business.

He replaced Stuart Bird, who led the telco’s mobile virtual network operator (MVNO) business from 2017. White also took on leadership of the small business team in the expanded role. NEC appointed Mitsuhiro Murooka as its new ANZ managing director to replace Mike Barber, who left earlier in April when the company restructured its local business to better align with its Japanese counterpart.

Murooka was previously vice president of NEC Japan, who first joined the company in 1986. 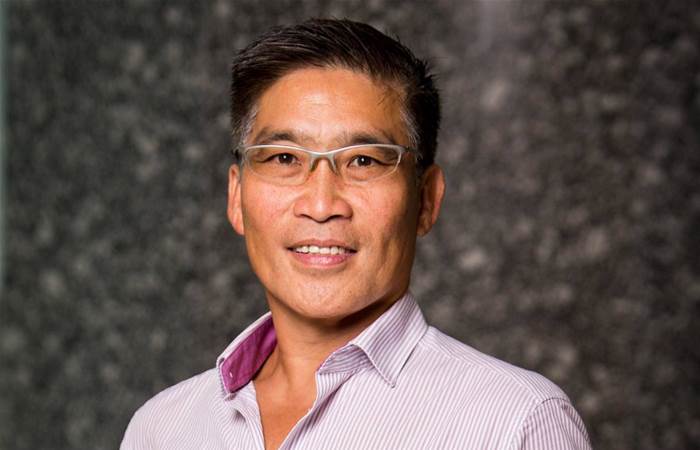 The first was former Pronto channel chief Albert Lau, who was appointed as strategic alliances and channel manager. He previously worked for Pronto for two decades before joining Syspro, most recently as its channel manager before he left in 2015.

"Todd is one of the most highly regarded and respected sales directors across the Asia-Pacific region and will use his extensive experience in enterprise software to deliver exceptional customer support and growth across the Australasian region," Syspro’s Australasian CEO Rob Stummer said 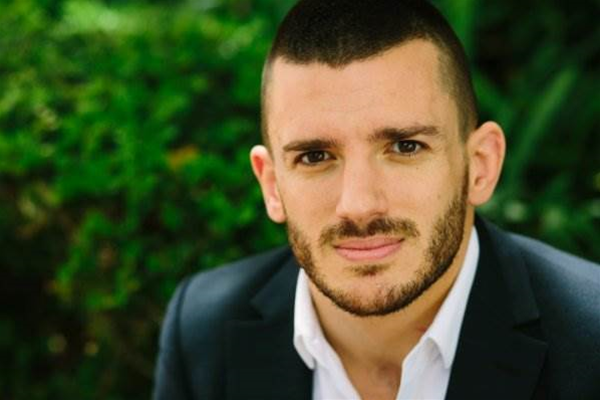 Ashton previously worked for SAP subsidiary SuccessFactors as partner business manager. In his new role at SAP, Ashton is responsible for partner recruitment and activation for SAP Cloud Solutions across the vendor’s Australia and New Zealand partner ecosystem. 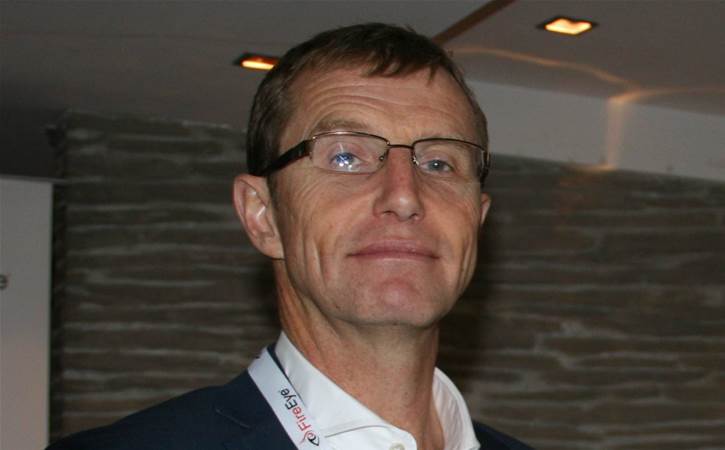 Prior to Gigamon, Teague worked for Akamai for a decade, most recently as country manager up until 2014. 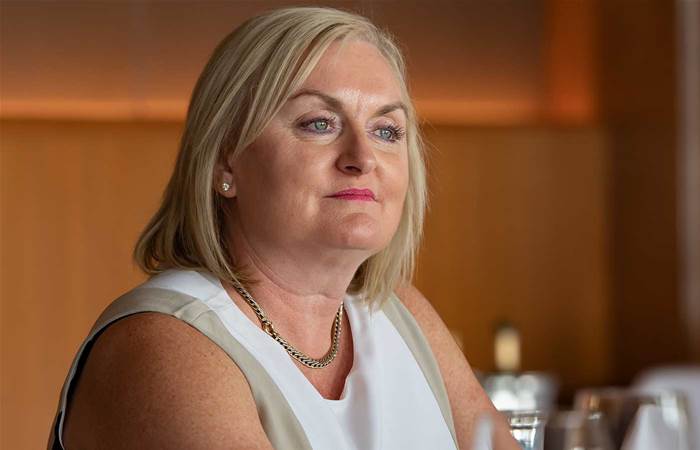 Veeam lured over Veritas Technologies’ ANZ chief Janet Docherty to lead its channel sales for Australia and New Zealand in May.

She replaced Belinda Jurisic, who moved up to APJ channel director a month prior.

Docherty joined Veritas four years ago as ANZ senior manager for channel sales after more than eight years at Symantec. 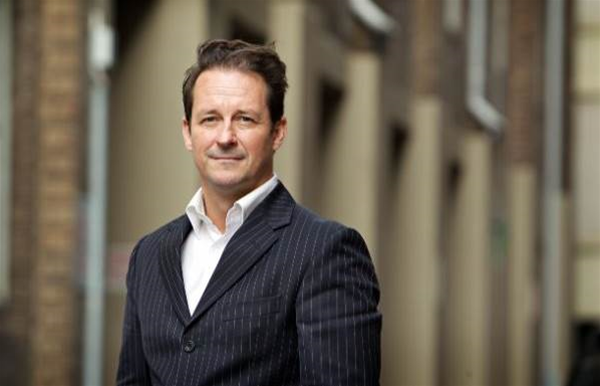 In the new role Cartwright is responsible for executive Infoblox’s channel go-to-market strategy in Australia and New Zealand.

“Infoblox is committed to working with our ANZ partners and customers in the best possible way to empower them to have advanced network control and protection without impacting their day-to-day operations,” said Cartwright. 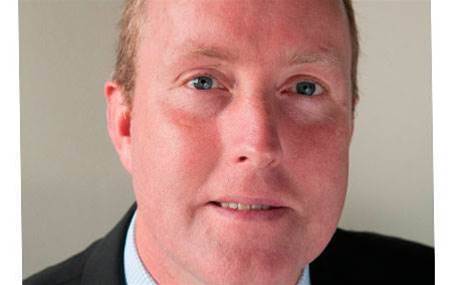 Gleeson was charged with finding more MSPs to work with Synnex while “helping local partners who want to transition to a MSP.”

“I’ve previously worked with Synnex as a channel partner. Their management leadership and business vision was something I was keen to be part of,” said Gleeson. Bondi joined Microsoft 21 years ago and has worked at the vendor’s Redmond headquarters for the majority of that. She returned to Australia in 2016 to take on the COO role, responsible for centralised marketing, programs and communications. 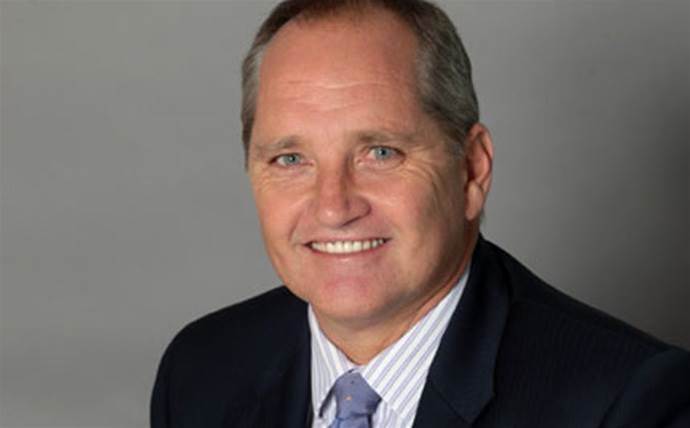 ASG Group chief executive and founder Geoff Lewis stepped down after 23 years, handing his position over to COO Dean Langenbach.

Lewis said the timing was right to step back from the business, and that he would be broadening his role as an active investor in technology and related areas.

ASG was sold to Japan’s Nomura Research Institute (NRI) in 2016, though Lewis has stayed on with the company since then.

Langenbach joined ASG as CFO in 2005 and was promoted to COO six years later.

“Geoff is a true trailblazer in Australian technology and his tenacity, vision and commitment have helped turn ASG Group into a genuine alternative to the global digital transformation players,” Langenbach said. 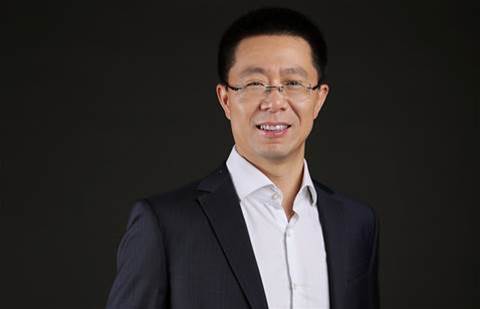 Huawei announced that its ‘best-ever’ Australian CEO George Huang would step down after posting record results.

The Chinese vendor typically rotates its senior leadership every few years, hence the reason for the change despite Huang  improving revenue by 18 percent to $735 million in 2018.

He will be replaced by 21-year Huawei veteran Haosheng (Hudson) Liu, the previous deputy managing director of Huawei Germany, CEO of Huawei Belgium and most recently CEO of Huawei Indonesia. KKR didn't go into detail as to what Turnbull's role will be, other than saying in a canned statement that his "significant background in the private and public sectors” means he has “unique experience and holds a distinct point of view regarding how KKR can help address the problems our changing world presents.” 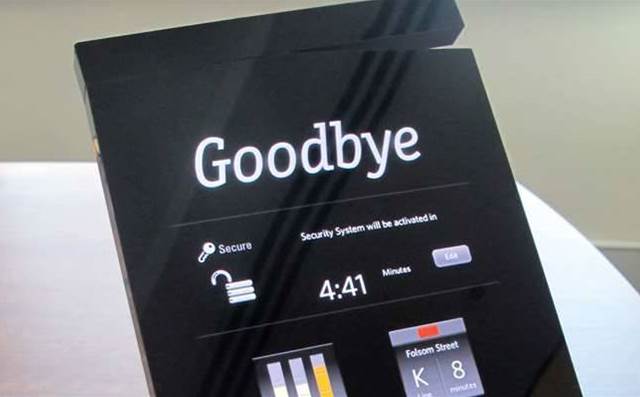