CRN tests tech on the road and at home That arrangement pushes the keyboard down to where you’d expect a laptop’s wrist rest and trackpad to be. Which is awkward. ASUS also offers a little plastic wedge that serves as a wrist rest, and while it works it’s another thing to carry around.

But there’s huge potential here. Today laptops force users into a single way of using them. The Duo creates the possibility for new experiences that better match users’ needs. The device may not be the exemplar of how dual screen laptops will work out. But it’s a very good start! The Mophie powerstation USB-C XXL is a portable battery with one USB-A and one USB-C port. It’s covered in a pleasing grey cloth, is about the size of a box of Cup A Soup sachets and has 19,500mAh capacity. That’s rather more than the 7,000mAh or so found in high-end laptops or the 5,000mAh in premium smartphones.

All that power has changed the way I work remotely.

When travelling or spending a day at a conference, laptop power supplies are my pet hate. They always involve a tangle of cables that can prove useless if I can’t find a power point.

The powerstation is smaller, lighter and neater than any laptop power supply I’ve ever owned or tested. I now carry it when I attend conferences or travel. It has more than enough juice to keep my laptop running all day and recharge my phone if I’ve depleted it by running a WiFi hotspot. I leave my power pack in my hotel room and charge it and the powerstation overnight.

At $200 (street price $180) the powerstation isn’t cheap. But I now rate it an essential mobility accessory. “Impossible Foods” makes plant-based meat substitutes that are promised to all-but-resemble ground up cow in terms of look, feel and taste.

I tried it in a Burger King Whopper burger - actually an Impossible Whopper - that did indeed taste and feel an awful lot like the kind of low-grade beef on a fast food burger. It replicated the made-a-long-time-ago, defrosted-in-a-hurry sensation I’ve come to admire in a fast food burger, and did so for a buck more than a normal boring Whopper.

Were I a vegetarian, I suspect I might appreciate Burger King upgrading its meat-free offering from mashed veggie discs to something with more texture and flavour. As a carnivore-with-a-conscience I feel like Impossible Burgers are a waste of an impressive product, because its taste was utterly drowned out by the ketchup, mayonnaise, and lashings of sugar in the Burger King bun. Levi’s collaboration with Google on a denim jacket that can control your phone has problems and sounds silly. But it also feels like an important user interface innovation.

The jacket includes a slot for a small USB device that connects to metal fibres woven into the jacket. Hook it up to a phone by Bluetooth and merely brushing or tapping certain areas on the jacket controls your phone, thanks to an app that talks to the device.

The app that drives the jacket has a frustratingly limited vocabulary of commands: for some reason Google didn’t include volume controls, which seems a crazy omission. Levi’s has pitched the jacket as a hands-free option for urban cyclists who want directions or music while they ride, but don’t want distractions. Australia’s climate means it can fill that role for about 10 weeks in winter. Australia’s road culture means it’s safe to cycle with headphones in zero weeks of the year.

But it all works impressively enough to suggest that Google’s got this technology right. Now it’s up to you to find a use for it!

It seems obvious to consider how it could be built into high-vis vests so that those who wear them don’t have to reach for an access pass or device. Approach a door? Brush your sleeve to open it! Finish a job? Tap your chest to log you’re done.  Or imagine it in a kitchen: tap your wrist to set a timer.

The jacket is pricey at $229.95. But once Google releases an SDK and the “Jacquard” fabric that makes the magic possible becomes more widely available, that’ll be money well spent to research some new possibilities! To wash away the taste of the Impossible Burger I popped into Amazon Go to find something with which to wash away that taste.

The stores have a gate at the front that only opens when you show a QR code from an Amazon app. Anything you walk out with is charged to whatever credit card you use on Amazon, thanks to some techno-magical arrangement. If you pick up a product and place it back on the shelf, you won’t be charged.

It’s basically a slightly posh 7-11 that emphasises ready-to-eat lunches and light dinners, but without even the lone human trying to not to die of boredom behind the cash register.

The Go I visited in San Francisco did have a third party security guard who became a de facto instructor on how to get into the shop. And there were a couple of shelf-stackers too, but they disappeared through artfully concealed doors and seemingly pretended not to be there.

Automation adds little to the convenience store experience, partly because tap and go payments mean Australian retail already moves pretty fast. So if Amazon Go comes to Australia, you’ll try it out for the novelty value. A few might thrive in central cities, in the same way a few Australian Starbucks have found a niche.

If Go’s tech scales to serve suburban supermarkets, that’ll be a game-changer. But Amazon’s Whole Foods omni-marts would shake things up far more than Go could do down under, in the short-term anyway. 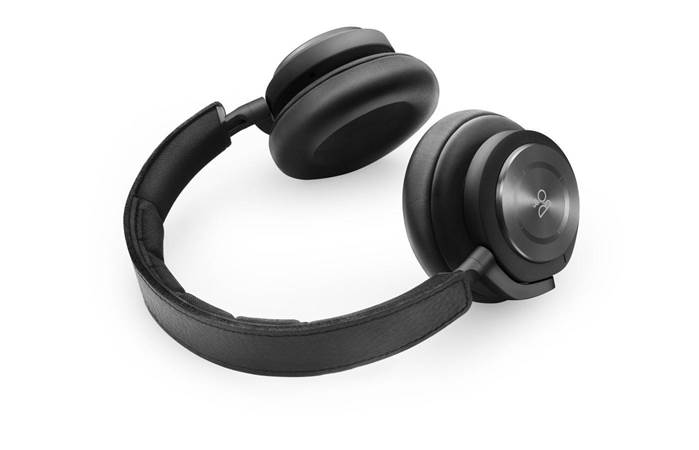 When I fly long-haul I don noise-cancelling headphones as soon as I sit down and don’t take them off unto the flight ends. I’ve tried models from Sony, Bose, Plantronics and Jabra and they all do a job but leave me feeling like my head’s been in a clamp after a long flight.

Not so Bang and Olufsen’s Beoplay H9i, which nestled gently on my noggin, caressed it with soft leather and left me feeling fine after a Sydney-to-San-Francisco hop on a noisy old 747.

The on-earpiece controls are a little confusing and turning on noise-cancelling didn’t create as pronounced a drop into a calmer soundspace as some other models. But sound was otherwise fine: music, movies and games all rendered impressively. Podcasts sounded far richer than in my trek-to-work earbuds.

Bose’s QuietComfort might just beat them with made-to-travel packaging. But the Beoplay H9i are super-stylish, utterly comfortable and if nothing else will make you look like you’re virtuously slumming at the back of the plane instead of dreading being stuffed into a tiny chair. And with street prices of around $450, not much more than rivals, those who value style have a good option. The Aspera Jazz 2 is a miracle. A confusing one.

You get what you pay for: the screen is wan, everything takes ages to happen, the device feels disconcertingly light and likely to come apart if dropped. Sound is terrible. There’s nothing in the box but the phone itself: BYO charger, headphones and cables. The camera tries hard – it’s kindest to say no more.

Overall, the device looks, feels and handles worse than a fake iPhone 7 I once bought in Shanghai so a security-minded friend could figure out what horrors lay within.

On the upside, you also get a full Android device that will run most apps and connect you to the world. Which for $99 is a miracle because shows smartphones are so very affordable.

But the device’s flimsiness and sluggishness of the device left me worried it would be a false economy. Devices like Oppo’s AX5s offer close-to-premium performance for $249 and Nu Mobile offering a refurbished Galaxy S7 and 1GB/month plan for $20/month. While acknowledging that both are less affordable for those on low incomes, both of those options will also deliver a vastly better experience than the Aspera. BrilliantSmart’s smart light bulbs are very clever. They plug in like any other light bulb, then a little fiddling with an app connects them to WiFi and a world of possibilities such as changing the colour of the light.

This worked brilliantly when matching the hue of two bulbs so the smart bulb and the old unit both made the same buttery yellow in part of my home.

But neither my kids nor my wife liked the idea of being able to turn a room any colour. And I couldn’t find a reason to do so either.

Overall I found these products very well executed, but not very valuable. If remote operation from beyond the WiFi network on which the devices live were possible, they’d be more useful. Seagate’s Backup Plus Ultra Touch is a 2TB external hard drive. We’ve all used them: plug ‘em in, shunt data onto them, move ‘em around, plug ‘em in somewhere else, shunt data off again, so what?

In this case, the weight and appearance of the device – it’s sheathed in attractive charcoal-coloured fabric and packs 2TB into just 151 grams – means it begs to be taken everywhere.

One gripe: it needs a Micro USB B cable rather than a more common type. But overall, a stylish and very functional winner that means I can create audio or video with confidence wherever I go, and not worry about being able to save to the cloud.

That arrangement pushes the keyboard down to where you’d expect a laptop’s wrist rest and trackpad to be. Which is awkward. ASUS also offers a little plastic wedge that serves as a wrist rest, and while it works it’s another thing to carry around.

But there’s huge potential here. Today laptops force users into a single way of using them. The Duo creates the possibility for new experiences that better match users’ needs. The device may not be the exemplar of how dual screen laptops will work out. But it’s a very good start!