See how the rivals' laptops stack up. 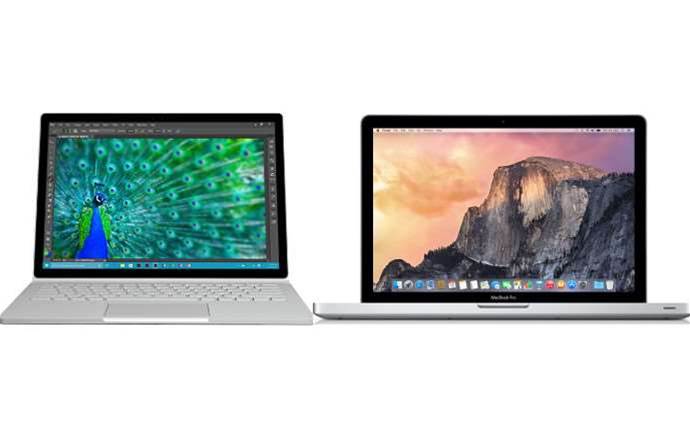 Call it the battle of the books.

The Surface Book, Microsoft claims, is the "the fastest 13-inch laptop ever made and is twice as fast as the MacBook Pro," according to Panos Panay, Microsoft's corporate vice president for devices.

To be fair, Microsoft's comparisons to the MacBook Pro is a bit like comparing a convertible sedan to a sports car - similar, but not the same, and definitely not an apples-to-apples comparison - pun intended. The Surface Book is a 2-in-1 class laptop and the MacBook Pro does not have a detachable touch display.

That aside, how does the Surface Book match up pound for pound and spec to spec against a similarly configured 13-inch MacBook Pro? Let's take a look. 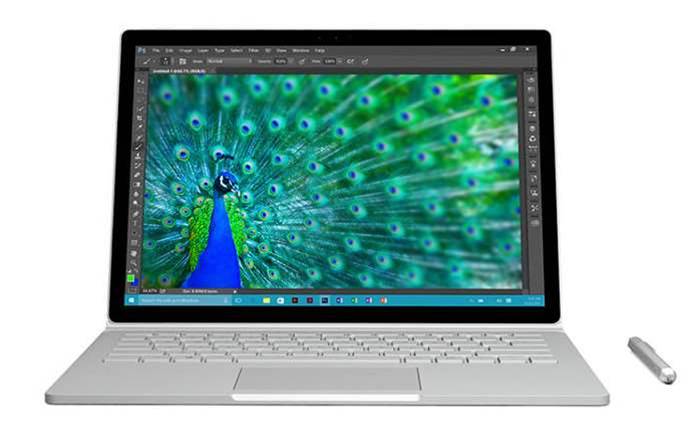 To keep this head-to-head comparison fair, we'll be looking closely at Microsoft's base configuration for its Surface Book and comparing it with Apple's similarly priced MacBook Pro.

Surface Book: Microsoft's 13.5-inch Surface Book (pictured) starts at about $2,299, weighs 1.5kg and is 0.9 inches thick, 12.3 inches wide and 9.14 inches deep. The chassis is magnesium silver alloy. The main differentiator between the MacBook Pro and the Surface Book is that the Microsoft laptop has a detachable hinge, allowing it to transform into a tablet. 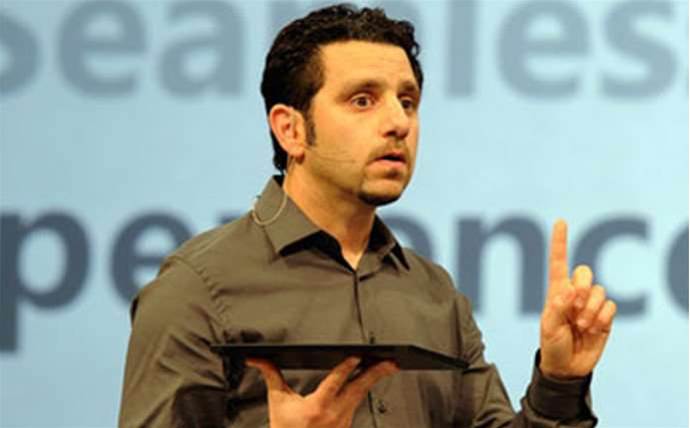 During Microsoft's Surface Book unveiling, Panos Panay (pictured), Microsoft's corporate vice president for devices, stated that the Surface Book was two times faster than the MacBook Pro. Based on an analysis of both Apple's and Microsoft's laptop SKUs, it's hard to see how Microsoft makes this claim without explaining under what conditions.

The only way we can figure it is if you liken Surface Book to a low-end MacBook Pro. For example, if you compare Apple's MacBook Pro model at $2,099 which ships with the Broadwell duel Core i5 with a clock speed of 2.7 GHz running 8 GB 1866 MHz of RAM to Microsoft's $2,949 Surface Book that runs Intel's top-performing quad Core i7 processor, with discrete Nvidia graphics and 8 GB of DDR4 memory, you might get there.

But Skylake was meant to excel at specific tasks. So whether it's the top-of-the-line Surface Book versus the best MacBook Pro (or some other combination), performance will be dictated by tasks, such as video encoding, data virtualisation and encrypting large files. 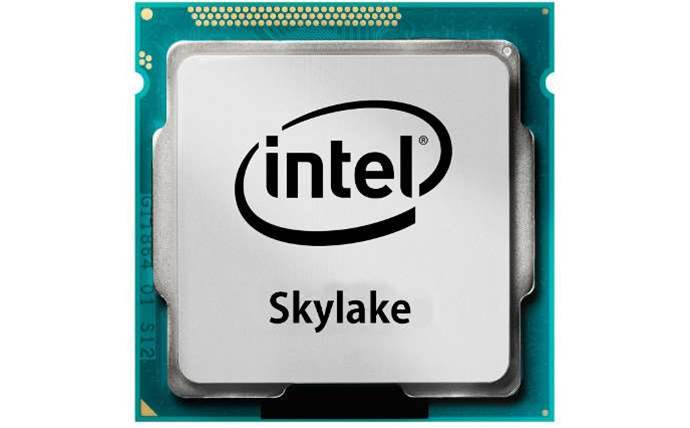 Surface Book: The base $2,299 Microsoft's laptop comes with Intel's sixth generation (Skylake) Core i5 processor, which has clock speeds from 2.4 GHz to 2.7 GHz. It's unclear which of the three model M Core i5's the Surface Book will have, but based on the graphics, it's likely the dual Core i5-6200U or dual Core i5-6300U. The M.2 PCIe hard drive capacity is SSD 128 GB and ships with 8 GB of RAM; however, doesn't specify memory speeds. 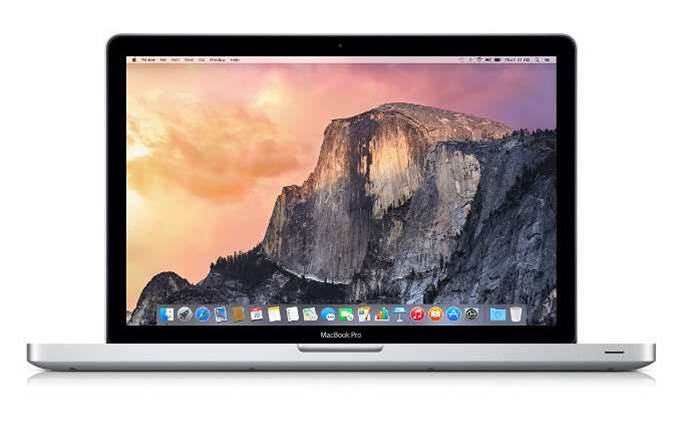 Apple and Microsoft both tout their display technology as outstanding. So how do they differ?

Surface Book: The Surface Book's 3000-by-2000 screen is 13.5 inches diagonally and features a technology called PixelSense. PixelSense is a Microsoft-developed technology that helps touch displays differentiate among a finger, palm or stylus touching its screen, so it can respond appropriately. For example, the Surface Book can identify the amount of pressure applied by a stylus tip, and differentiate between that and a palm resting on the display.

MacBook Pro: For its MacBook Pro line (pictured), Apple uses its Retina display with resolutions of 2560 by 1600 supporting 227 pixels per inch. The biggest difference between the MacBook Pro and the Surface Book is that Apple's 13.3-inch-diagonal display is not touch. 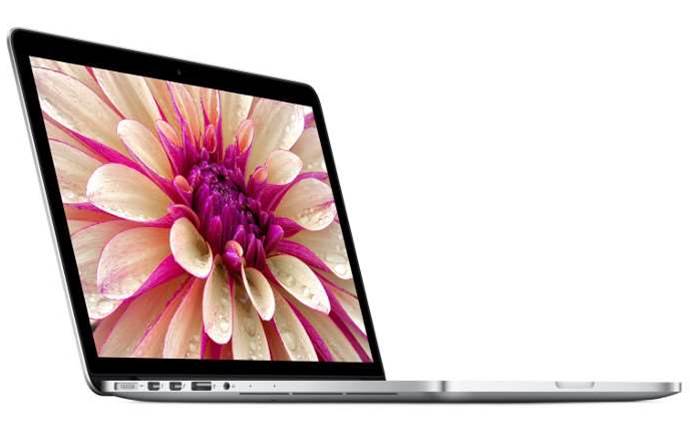 Surface Book: The Surface Book has a 5-megapixel front-facing camera and an 8-megapixel rear-facing camera that supports autofocus and 1080p HD video recording. It also includes dual microphones along with stereo speakers on the front side of the laptop. 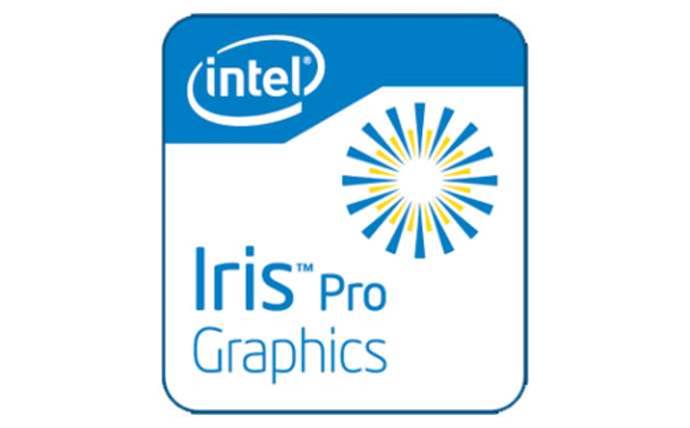 Surface Book: The $2,299 Surface Book does not offer a discrete graphical processor. The more expensive models do. The base model instead includes the integrated Intel 520 HD graphics. In more expensive Surface Book models, the keyboard base houses the GPU and the detachable display/tablet has the CPU.

MacBook Pro: Apple uses the integrated Intel Iris Graphics 6100 card for its $2,099 MacBook Pro. But like Microsoft, on higher-end models, such as the MacBook Pro 15-inch models, you'll get a dedicated GPU. 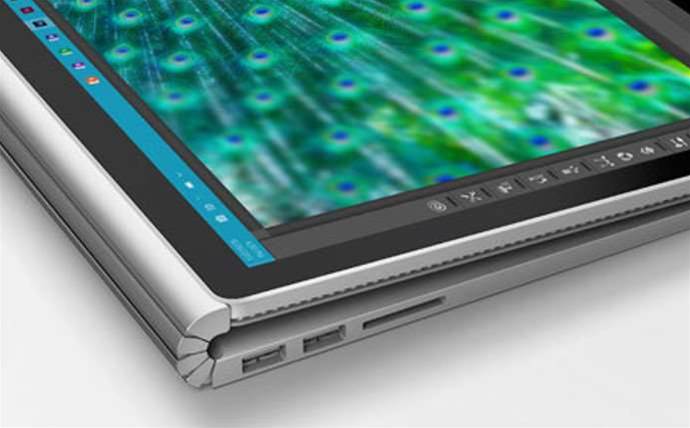 Surface Book: With the Surface Book (pictured), nearly all ports are located on the base keyboard portion of this 2-in-one. The detachable clipboard (as Microsoft calls it) only includes an audio headphone jack. Ports on the keyboard base include: two full-size USB 3.0 ports, a full-size SD card reader and Surface Connect port (for power and docking). Other ports on the keyboard base include an additional stereo headphones/microphone jack and Mini DisplayPort. 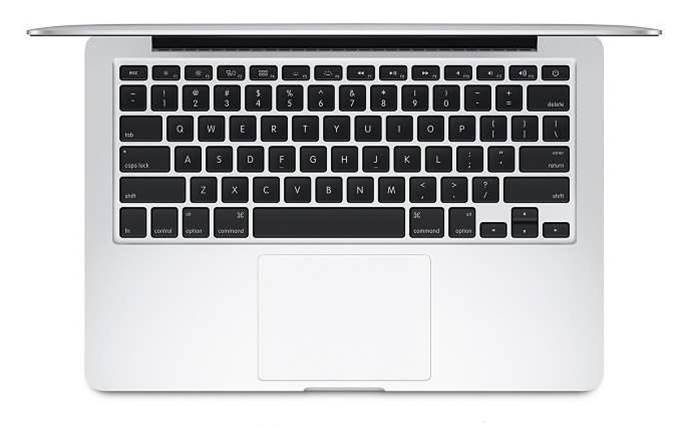 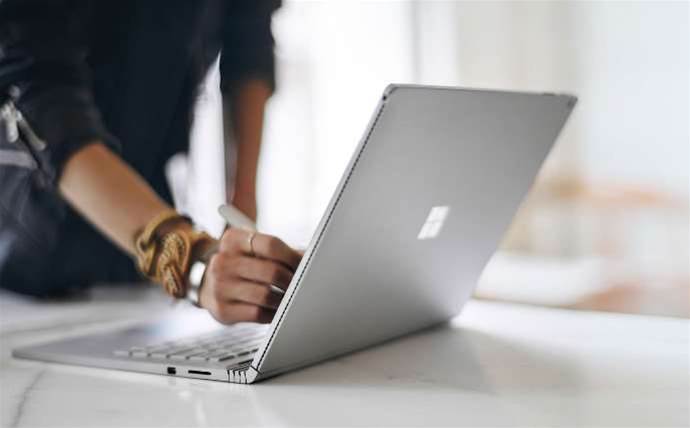 Obviously portability goes hand in hand with battery life. We are surprised that Microsoft's product doesn't have better battery life, as it is using Intel's Skylake processors, versus Apple's MacBook, which is still using Intel's fifth-generation Broadwell family chips.

Surface Book: Microsoft claims its laptop (pictured) can run 12 hours between charges when playing back video content. Battery life estimates were based on Microsoft's testing Intel Core i5 with 8 GB RAM.

MacBook Pro: Apple says its MacBook Pro 13-inch model can go 10 hours between charges when the primary task is surfing the Internet and up to 12 hours playing back movies on iTunes. 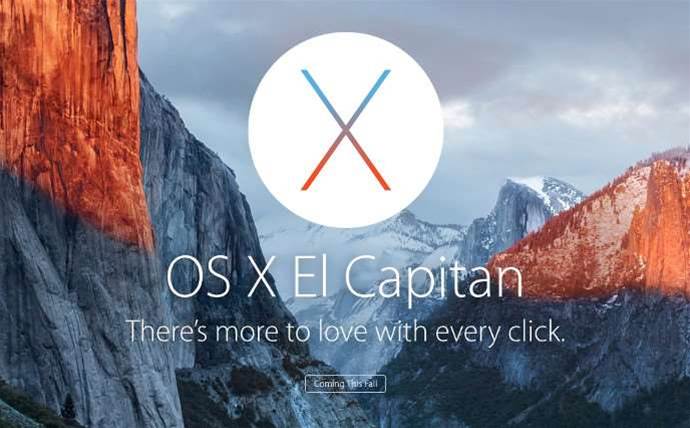 MacBook Pro: Apple MacBook Pros are shipping with the latest OS X El Capitan. According to Apple's MacBook Pro product page, it does not offer a free trial of any version of Microsoft's Office Suite. It does offer free creative and productivity staples such as Numbers, Keynote, Mail and GarageBand. 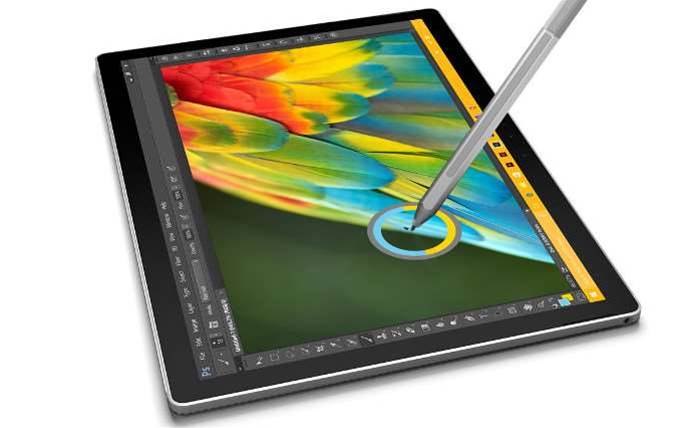 Surface Book: As previously stated, Microsoft's Surface Book isn't a laptop, it's a 2-in-1 convertible. But Microsoft does bring some interesting innovation to this existing form factor. For starters the hinge technology, called Dynamic Fulcrum Hinge, looks unique in its accordion-like bendability. Microsoft also includes a stylus for pen computing.

But the real innovation that Microsoft brings to the Surface Book is that in higher-end models (not the one we are comparing here), it houses a discrete GPU in the keyboard base and puts the CPU, hard drive and RAM in the tablet portion of the PC. This is a big deal for higher-end Surface Book owners who want a fast tablet and laptop with dedicated Nvidia GPU for heavy-duty graphics performance. 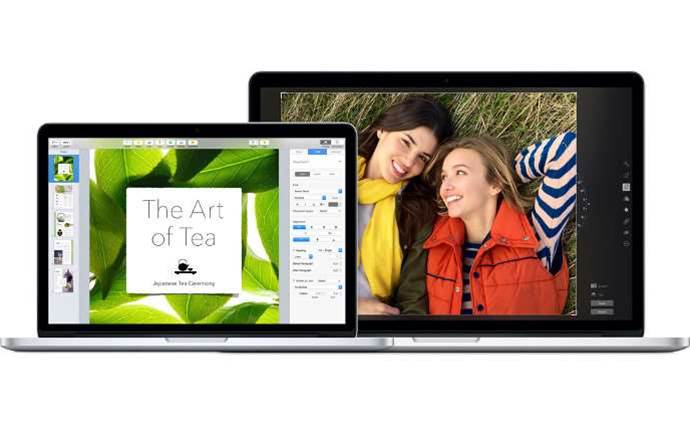 MacBook Pro: Apple is still the champ when it comes to creating a unified ecosystem, in which devices (such as the MacBook, iPhone and iPad) are all interconnected by Apple's universe of complimentary services. There are services and software such as iMessage and Facetime that seamlessly transition between iOS and OS X and MacBook and iPhone. 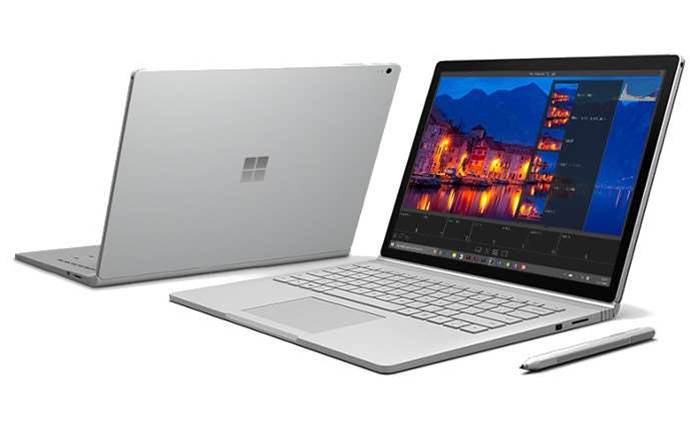 Until Microsoft frees up the Surface Book to be put through its paces, it’s difficult to call a winner. One thing is certain however - two powerhouses like Microsoft and Apple competing for users' wallets is bound to drive innovation and interesting new products now and in the future.

Call it the battle of the books.

The Surface Book, Microsoft claims, is the "the fastest 13-inch laptop ever made and is twice as fast as the MacBook Pro," according to Panos Panay, Microsoft's corporate vice president for devices.

To be fair, Microsoft's comparisons to the MacBook Pro is a bit like comparing a convertible sedan to a sports car - similar, but not the same, and definitely not an apples-to-apples comparison - pun intended. The Surface Book is a 2-in-1 class laptop and the MacBook Pro does not have a detachable touch display.

That aside, how does the Surface Book match up pound for pound and spec to spec against a similarly configured 13-inch MacBook Pro? Let's take a look. 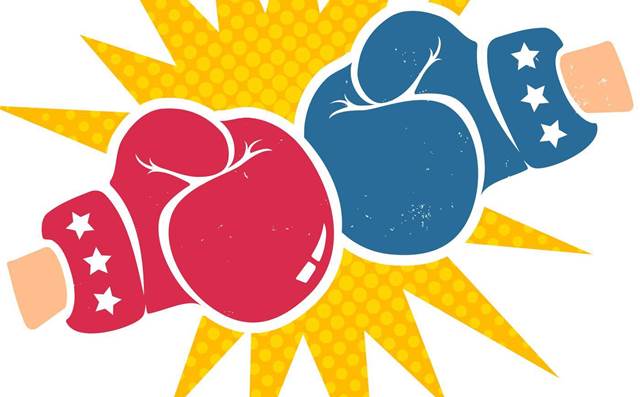 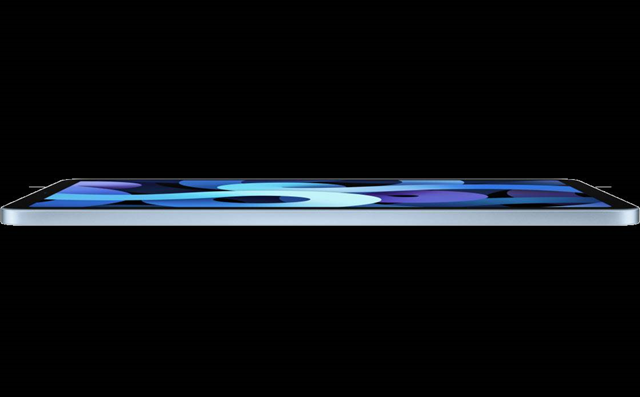 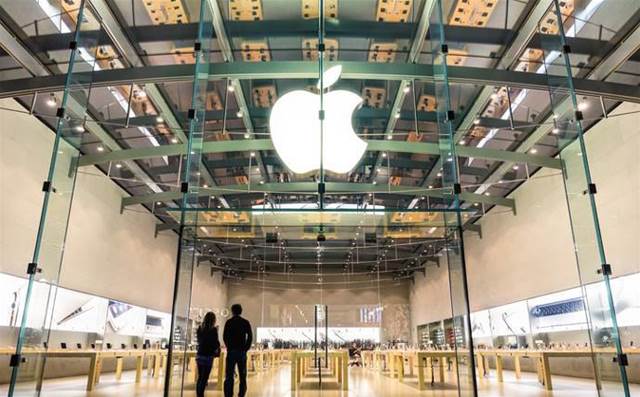