Meet the IT providers behind the AFL teams 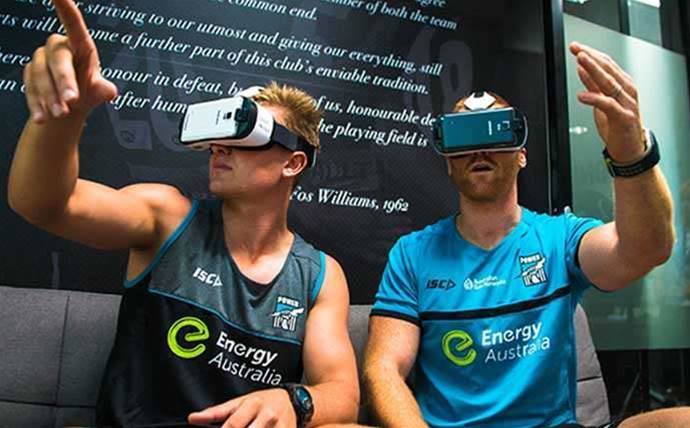 The players might get all the glory, but don’t forget the IT companies working hard in the background to make sure the clubs can function at their utmost efficiency.

As you’ll discover, there is a surprisingly high number of tech firms with links to AFL clubs.

Pictured: Port Adelaide has partnered with Jumpgate to incorporate virtual reality into its training 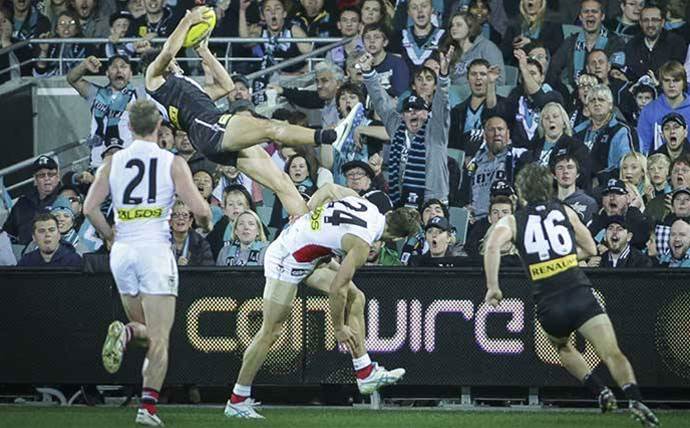 Port Adelaide has a strong connection to Australia’s tech community.

Adelaide-headquartered Comwire IT has been a premier partner of the club for the past three years. Comwire provides Port with club-wide IT support, with the company logo visible on the coaches’ laptops on game day.

Fuji Xerox and iiNet have been principal partners for the past three years. Fuji Xerox supplies the club with its printers, while iiNet provides the internet.

Virtual reality company Jumpgate has been working with Port since 2014. In February, Port announced that it had become the first AFL club to incorporate VR into its training program.

Port filmed training sessions with 3D cameras, with the players then able to watch the action through 3D goggles, as coach Ken Hinkley explained at the time.

"They can use the goggles and all of a sudden be almost playing football while they're on the couch, which is helping them educate," he said. "This game is brutal. You pound them out on the track all the time. It's nice to be able to try and learn and educate them a little bit more on the game without actually physically having to hammer them all the time.”

Pictured: Chad Wingard leaps above the Comwire digital signage to take a screamer 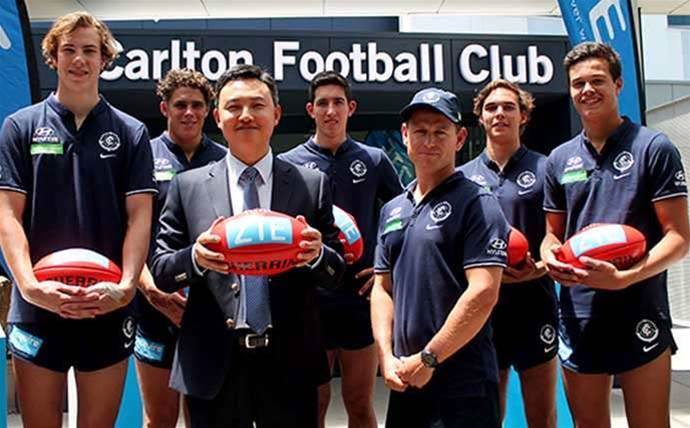 Carlton has two tech firms as platinum sponsors – Fronde and ZTE. A third firm, Leader Computers, is a gold sponsor.

On the opening day of the 2016 season, Carlton announced that it had formed a strategic partnership with Fronde, which partly involved the club taking a shareholding in the company.

Fronde chairman Jon Mayson said the partnership would give the firm access to a supporter base full of “business leaders and influencers”, who would be interested to learn about Fronde’s tech capabilities.

As for ZTE, it signed a two-year platinum sponsorship deal with Carlton in November 2015.

The China-based company, which established its first Australian office in 2004, said at the time it was looking forward to working with Carlton as it strives to increase its presence in Australia. 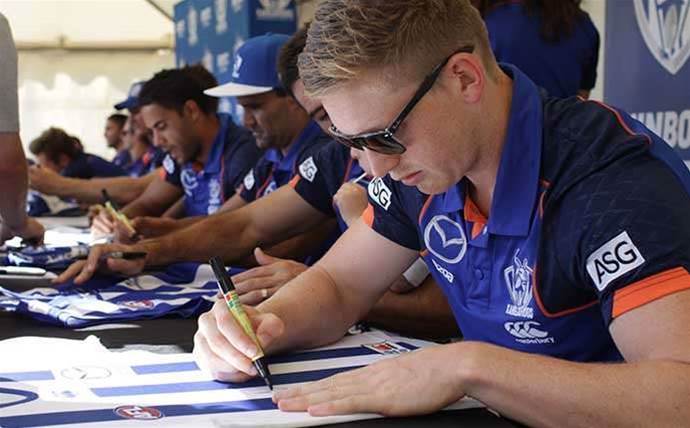 Business solutions provider ASG has been an official partner of the Kangaroos since 2008. The company has signage at the club’s Arden Street training ground, while its logo can also be seen on the official polo shirts worn by players and coaches.

Interactive Systems Availability has been a club partner since 2009. “North Melbourne's systems are housed in Interactive's world-class facility, with high levels of security, power and communications redundancy,” a club spokesperson told CRN.

“The systems are fully managed and monitored 24 hours a day, with Interactive's highly experienced team of support engineers on hand to resolve any issues or enact changes. The service includes automated backup and archiving. The desktop support provides North Melbourne access to on-site and remote desktop issue resolution through a dedicated technical manager looking after the club’s systems.” 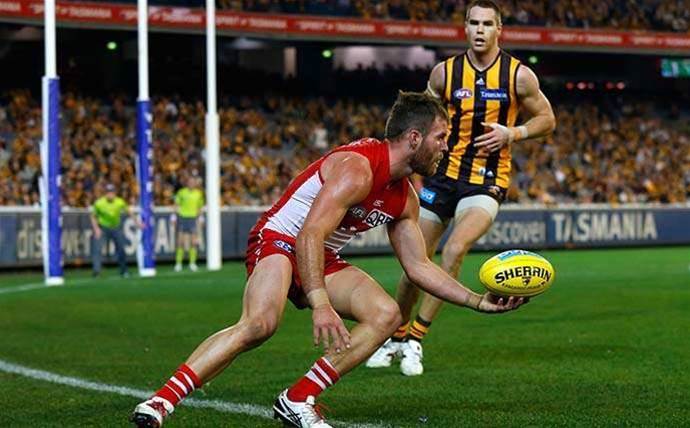 Sydney has sponsorships with no fewer than three tech companies. CSG and Betta Home Living are premier partners of the club, while Toshiba is an associate partner. 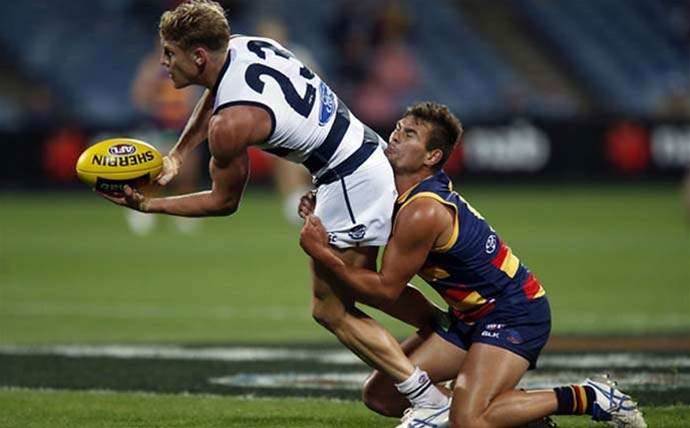 SC Technology Group is an associate sponsor of the Geelong Cats. The company, which has offices in Geelong and Ballarat, is a Toshiba partner that offers managed print services, document management and communication services. 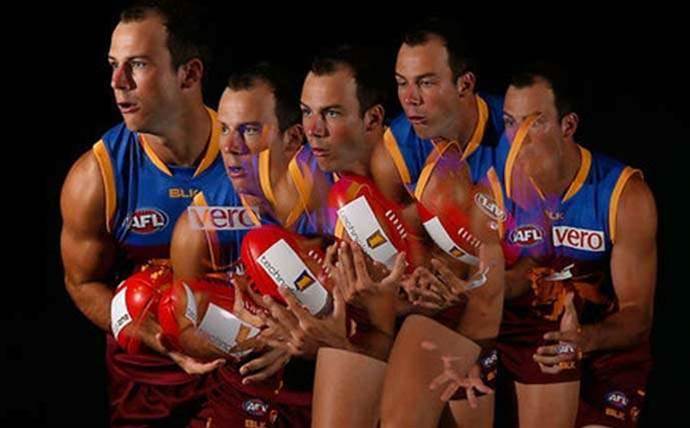 As a major support partner of the Brisbane Lions, TechnologyOne is on prominent display during Brisbane matches.

The company’s logo appears on the players’ shorts and is also featured on the footballs used at Brisbane home games.

Brisbane announced the sponsorship deal just before the 2014 season. “TechnologyOne is headquartered in Brisbane. It knows our city and the passion that Queenslanders have for sport and we are thrilled to have them on board,” the club said at the time.

TechnologyOne executive chairman Adrian Di Marco said the company was pleased to get behind a great Queensland team.

"Like the Lions, we understand the need to fight hard and play smart to triumph against our competitors,” he said. 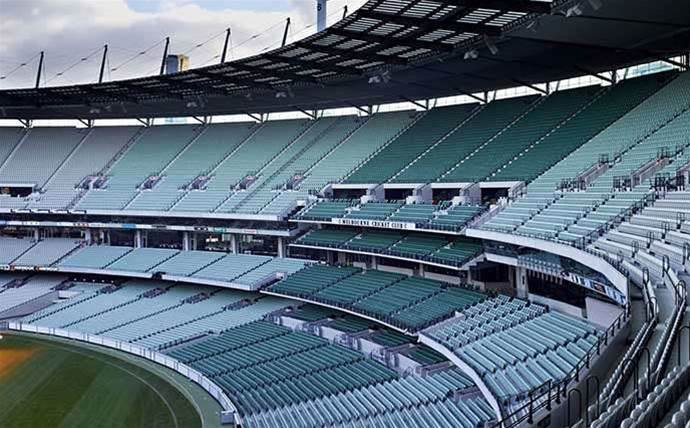 The next time you watch footy players busting a gut on the MCG, don’t forget the technology that is hard at work in the background.

The architecture provide backup to mission-critical apps during an unplanned downtime scenario or data centre failure.

MCC general manager for IT and innovation Rey Sumaru said the challenge was in replacing the ageing infrastructure within a very small window between the end of the AFL season in September and before the international cricket season in November.

“Given the tight timeframe, the solution deployment has exceeded our expectations,” said Sumaru. 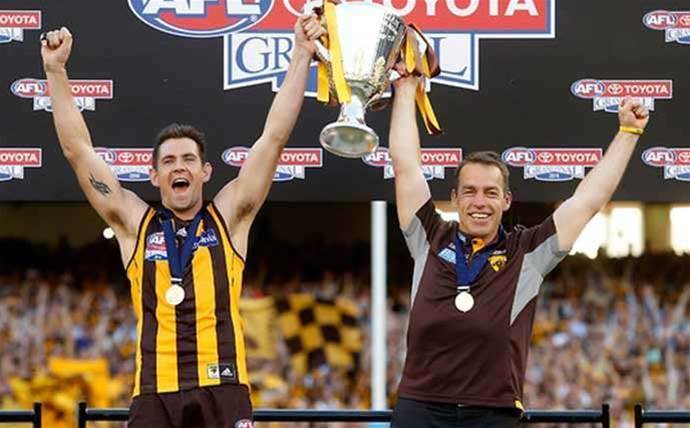 Internet service provider iiNet has been a principal partner of Hawthorn since 2013, while Ricoh has been a club sponsor since 2005. 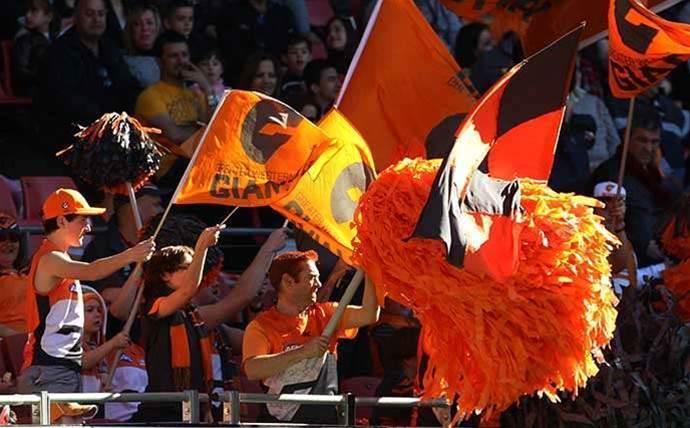 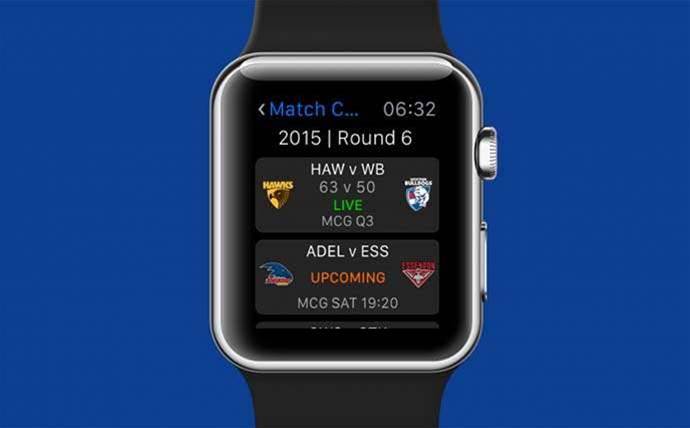 Outware Mobile has been building quite an impressive AFL ‘career’. Its most recent achievement? That would be reconfiguring the AFL Live app for Apple Watch.

The software developer first started working on the app in 2011, in partnership with Telstra, with the app being repeatedly upgraded in the years since.

In 2014, Outware Mobile and Telstra unveiled the AFL Live app for Pebble, which was billed as “the world’s first live sporting app for a wearable device”.

Outware Mobile said one of the challenges of the Apple Watch job was the small screen size. “Some screens on the Apple Watch cannot be scrolled, allowing very little real estate for content representation. For example, the Live Scores screens use colour and hierarchy to help users digest a lot of information in a short amount of time. The app has been designed to take advantage of the real visual aesthetics available, without detracting from key information,” it said. 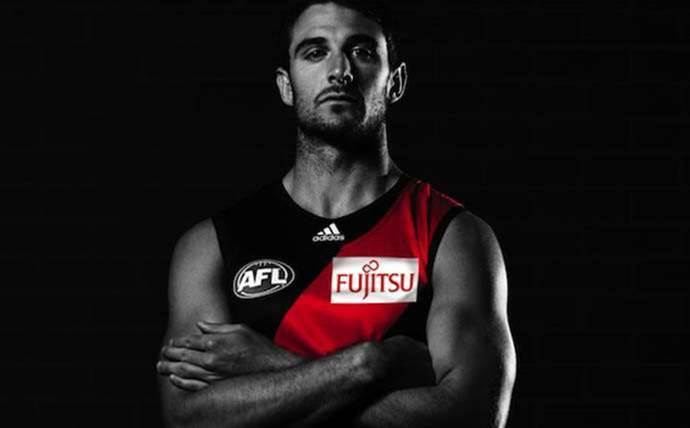 Co-major sponsor Fujitsu General has stood behind Essendon this year, even when 12 players were suspended before the start of the season as part of the ASADA drug probe.

Fujitsu’s general manager of sales and marketing, Dave Smith, said in January that Essendon had been “very upfront and transparent about all ASADA-related matters” before the two parties signed a four-year, multimillion-dollar sponsorship agreement in November 2013.

“Obviously this is a challenging time for the club and we will continue to work with the management team and continue to monitor the situation and any future decisions,” Smith said at the start of 2016.

“Regardless of the challenges it has faced, the Essendon Football Club has maintained a strong community outreach program and is a progressive organisation dedicated to improving the connection between the club and its passionate supporters.”

The Fujitsu logo is displayed on the front of Essendon’s jumper for home matches and on the back for away matches. 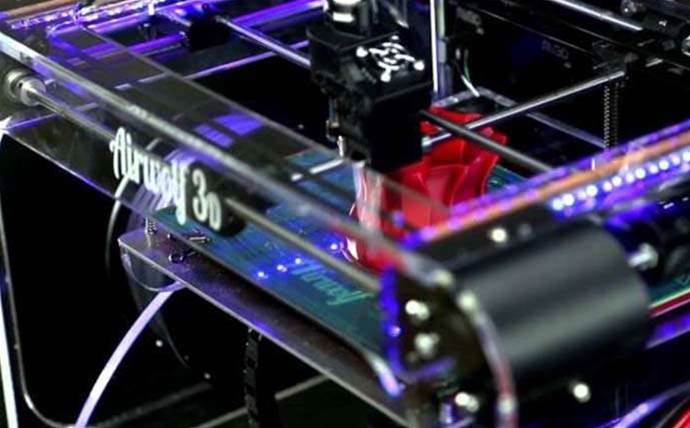 The value of 3D printing is that it allows for the creation of new, customisable merchandising opportunities that would not otherwise have been possible, according to 333D.

"We believe this to be the first agreement of its type in Australian sport and are excited by the opportunity this presents," said managing director Frank Pertile at the time.

"Applying 3D printing technology to the area of merchandising will allow for the development of many exciting possibilities that were previously not possible." 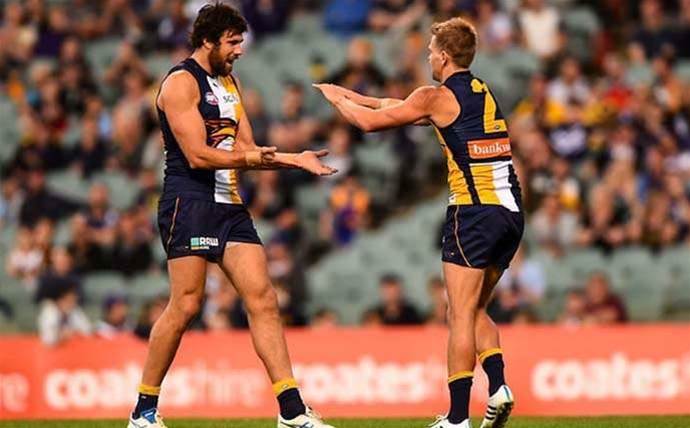 Telstra has revamped West Coast’s telecommunications systems since signing a five-year partnership with the club in March 2015.

“We will provide the West Coast Eagles with the latest communications and technology to help them stay connected at all times and in all locations,” Telstra said at the time. “This unique partnership will set a new standard in providing better communication links for players, coaches, administration and members.” 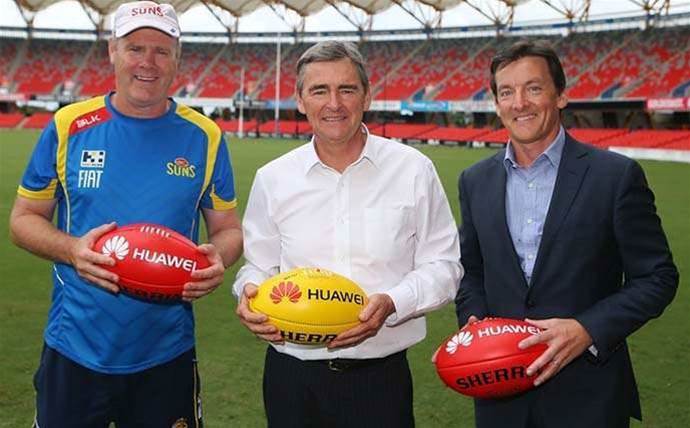 Huawei has been Gold Coast’s official technology and ball partner since signing a five-year sponsorship deal in April 2015.

The club said at the time that it would work with Huawei “on a number of innovative concepts in which we will focus squarely on enhancing the fan experience” for home supporters.

Huawei said its role as a major support partner would allow it to build its brand awareness to Gold Coast spectators and television audiences around the country.

Huawei said at the time that the technology would provide "high bandwidth", "super fast" wi-fi and a Metricon Stadium app that would deliver content directly to the fans at the venue.

"In order to provide a quality and stable experience for a stadium network, Huawei and Fujitsu engineers applied leading 3D planning tools within the wi-fi designing and programming," said the vendor's announcement.

The system has previously been deployed in large European soccer stadiums such as Germany's largest, Signal Iduna Park in Dortmund, and the home of Netherlands' Ajax club, Amsterdam Arena.

The work was delivered as a joint venture between Fujitsu Australia, Huawei Australia, Metricon Stadium and the Gold Coast AFL franchise. 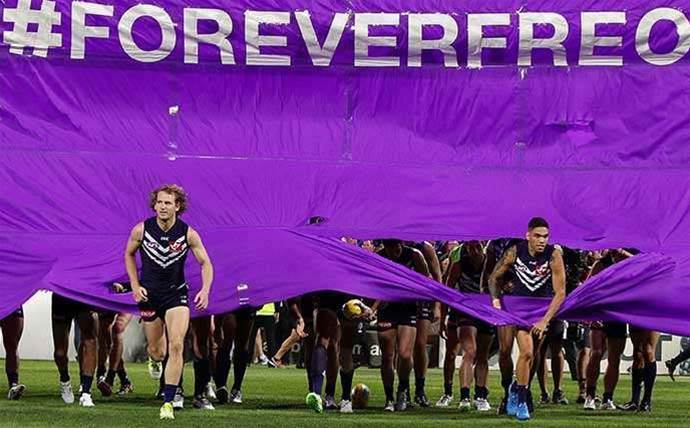 Ricoh became a silver sponsor of Fremantle in 2011. Since coming on board, Ricoh has used its expertise to help the club print and manage documents for less.

The problem facing Fremantle was that it ran a mix of print devices from multiple vendors, according to IT manager Minh Tran. That made it hard to track who was printing what, and therefore measure how much money was being spent by each of the club’s divisions.

Ricoh said that by turning Fremantle into a single-vendor office, it eliminated the club’s multi-vendor service and support issues, and ensured its devices were online more often.

The vendor said it also gave Fremantle more control and visibility over its printing, which helped the club develop a more accountable attitude towards printing.

The players might get all the glory, but don’t forget the IT companies working hard in the background to make sure the clubs can function at their utmost efficiency.

As you’ll discover, there is a surprisingly high number of tech firms with links to AFL clubs.

Pictured: Port Adelaide has partnered with Jumpgate to incorporate virtual reality into its training 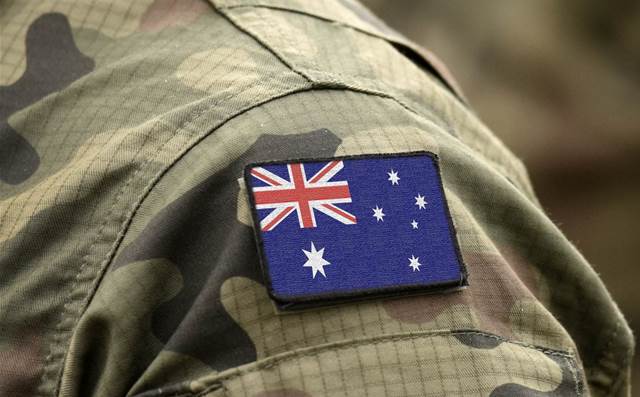 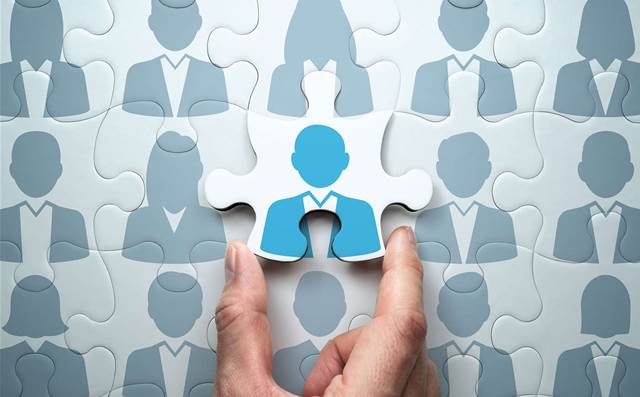 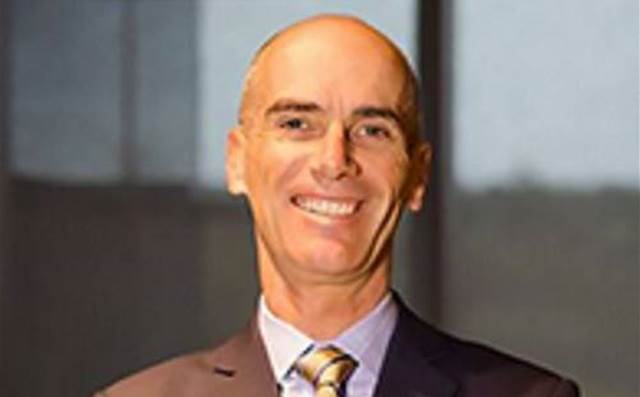