The 10 biggest product announcements at CES 2017 so far

Established categories make a return among IoT and robots. 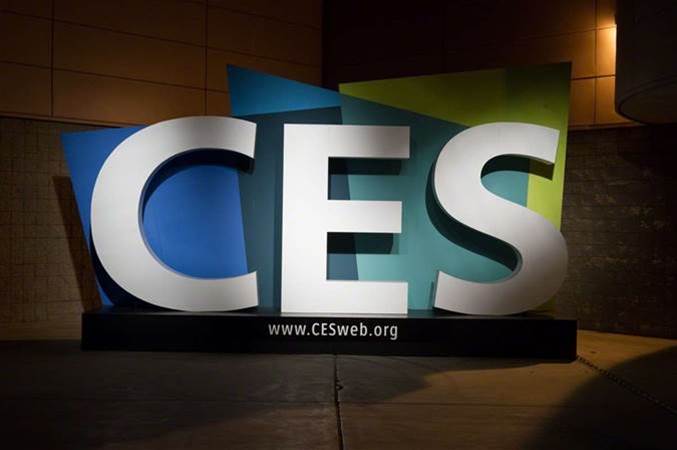 Here at CES 2017 in Las Vegas, it's hard to miss the surging trends around IoT, robotics and virtual reality. The line between these different categories is blurring, however, with vendors such as LG pointing out that home virtual assistant robots are also IoT. Meanwhile, chip makers such as Qualcomm, smartphone vendors such as Huawei and PC makers such as Lenovo, HP and Samsung are proving there's still room for innovation in those established categories.

Here is a roundup of the 10 most important stories we've been tracking during the first two days of CES 2017 news. 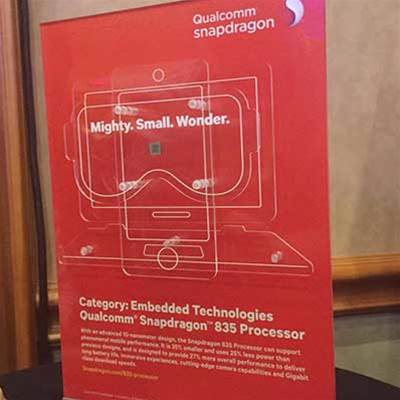 Qualcomm's newest processor in its Snapdragon line, unveiled on Tuesday, is targeted for virtual reality experiences and runs on the next-generation 10-nanometer technology.

Qualcomm says that its newest chip, which succeeds the Snapdragon 820, launched at last year's CES, has made vast improvements, most notably in battery life and virtual reality capabilities.

The Snapdragon 835 is currently in production, and the first devices based on the processor will be shipping in the first half of 2017. 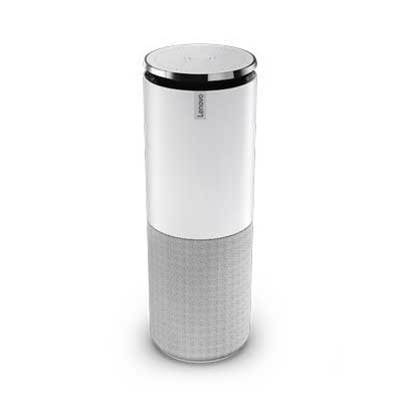 One guarantee out of CES 2017: You're going to be hearing a lot more from Alexa this year.

Amazon doesn't just want the voice-controlled assistant to power the Echo line of speakers but instead is enabling Alexa to be included in all sorts of connected devices that have been announced so far at CES. Among them are the LG Smart InstaView Refrigerator, the LG Hub Robot, the C by GE Lamp and Dish's Hopper DVR.

Meanwhile, CES announcements revealed that Alexa is also getting integrated into smart speakers that aren't made by Amazon - including the Lenovo Smart Assistant (pictured) and the Omaker WoW speaker. 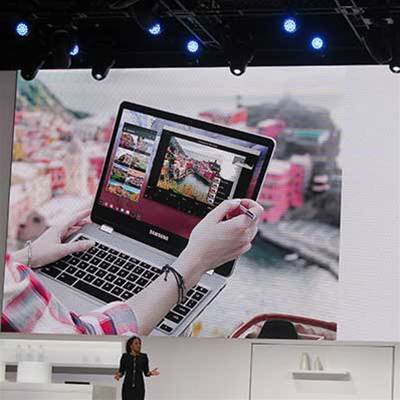 Following the launch of several laptops in 2016, Samsung used CES 2017 to debut new notebooks including its next-generation Chromebooks – the Chromebook Plus and Chromebook Pro.

The new Chromebook models are novel because they were designed, in partnership with Google, to work with Android apps in addition to supporting web browsing. Both have a 12.3-inch touchscreen LED display (QHD, 2400 x 1600 resolution), which can fold back 360 degrees, and the laptops come with a built-in digital pen.

The Samsung Chromebook Plus will be available in February for a starting price of US$449. Samsung said its Chromebook Pro would be available "later in the spring," and pricing hasn't been disclosed. 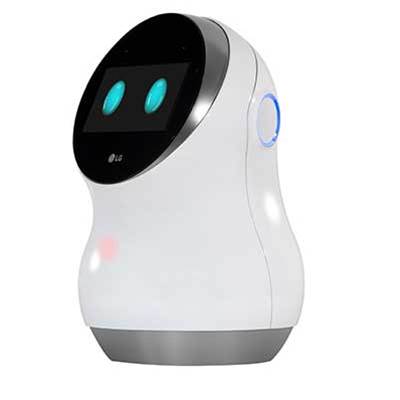 The internet of things in the home is not just about smart appliances and thermostats – it's also about robots that family members interact with, LG executives said during their CES 2017 press conference Wednesday.

The company announced four new robots, led by the Hub Robot, a small robot powered partly by Amazon Alexa that can follow verbal commands and show information on its display. It's especially made for controlling other devices in the smart home, such as the air conditioner and dryer, and it can respond to commands with its own body language (such as nodding its

head). LG also debuted the Lawn Mowing Robot, which is able to cut grass safely thanks to its mapping technology, as well as two robots for use in airports—the Airport Guide Robot and the Airport Cleaning Robot. "LG is certainly leading the way to the IoT future," said Dave VanderWaal, vice president of marketing for home appliances at LG. 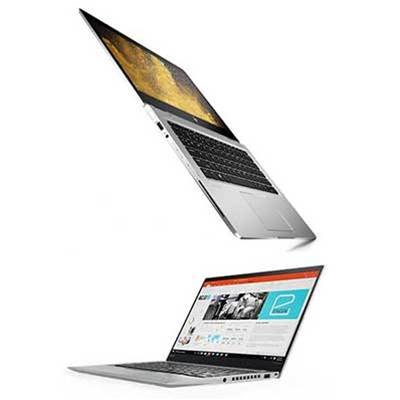 New devices for business from HP and Lenovo

Two of the most popular lines in business laptops – HP's EliteBook and – have gotten some major new additions during CES 2017. HP's new EliteBook x360 has a display that can fold all the way back, and HP is touting it as the world's thinnest business convertible, at 0.58 of an inch thick.

It promises a strong battery life (pegged at up to 16.5 hours), and the metal unibody notebook includes the high level of durability typical of the EliteBook line, even though it weighs only 1.2 kilograms.

Meanwhile, the new X1 Carbon is now smaller in overall size (with its 14-inch display fit into a 13-inch form factor) and lighter (at 1.1 kilograms, six percent below the current X1 Carbon). Lenovo has boosted the laptop's battery life to 15.5 hours from 11 hours previously, and the X1 Carbon will include seventh-generation Intel Core processors (Kaby Lake). 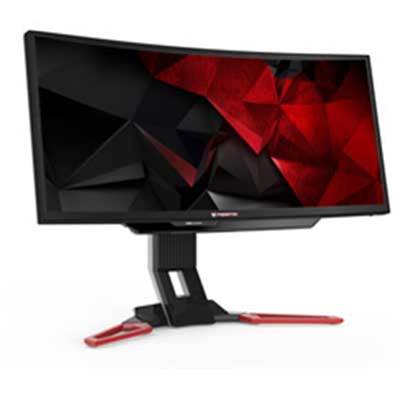 Acer took the wraps off its newest Predator gaming display, the Z301CT, on Tuesday. This display touts two cool features – a curved monitor for gamers and built-in Tobii eye tracking.

The eye tracking feature, which according to Acer is supported in over 45 games, will enable game graphics to adjust based on where the player looks.

The 2560 x 1080 pixel display features Nvidia G-Sync – new display technology that minimizes input lag – as well as two 3-watt speakers with DTS sound. The Z301CT will be available in February starting at US$899.99. 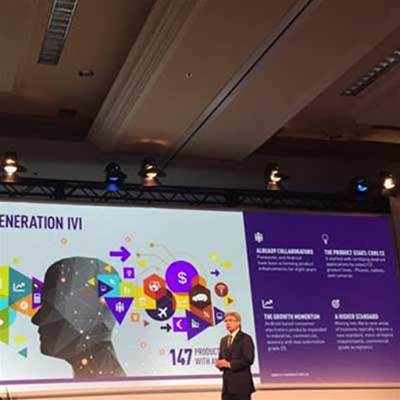 Panasonic took a step back from its rugged tablets at CES this year and instead focused on connected cars, unveiling a new fourth-generation UConnect Infotainment System.

This system can connect with smartphones through Apple's CarPlay and Google's Android Auto systems. Panasonic said that UConnect has a quick start up and responsive 8.4-inch touchscreen, and fits into Panasonic's next-generation infotainment system based on Android. Users of this system can control certain apps for their car, such as controlling their air conditioning in their vehicle. Panasonic did not detail the release date or pricing on this product. 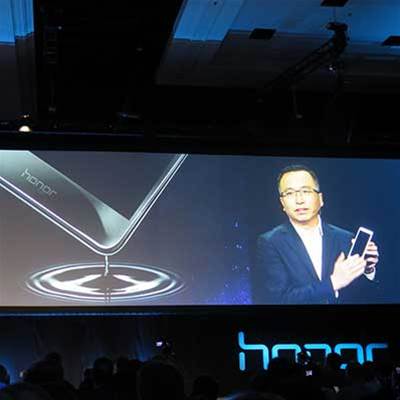 While touting customer satisfaction scores on par with those of Apple's iPhone, Huawei launched a new smartphone in its Honor line at CES 2017, the Honor 6X, that aims to lure away users (especially millennials) from the iPhone brand.

Advantages of the Honor 6X over the latest iPhones, says Huawei, is stronger battery life (at up to two days for average usage), a fast octa-core processor and a far lower price – starting at US$249.99. The Honor 6X also comes with a dual-camera setup, improved photo editing software and high-definition video capabilities.

"We know that today's young people want to have everything," said Ming Zhao, president of the Huawei Honor division, during the company's CES 2017 press conference. "Today, Honor 6X gives them that." 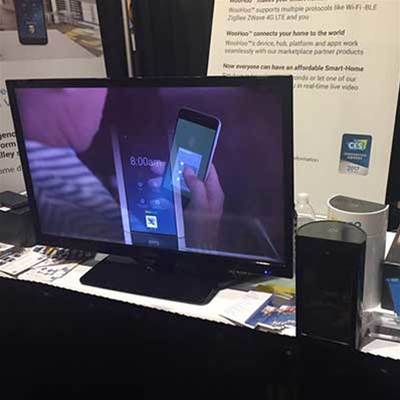 Google Home and Amazon Alexa have a new competitor in the connected home space – WooHoo.

Launched at CES, WooHoo is the "world's first AI-embedded, interactive, and affordable smart home hub that enables comprehensive control of every smart device."

This smart assistant takes its role as a smart hub a step further with an embedded 7-inch touchscreen hub that comes with facial and voice recognition – so users with the correct voices can use it.

WooHoo also has a 360-degree HD camera, as well as a spatial surround sound system and compatibility with connected devices like Echo and Nest. The Hub also features a natural language processing capability – so you can talk to it as if it was a human. WooHoo is currently on Kickstarter, and the product will be shipped this summer. 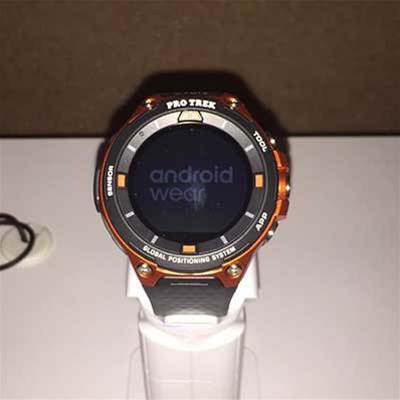 Casio typically uses the CES show floor to unveil its newest rugged smartwatch, and this year was no exception. The company revealed its latest rugged watch, the Casio

WSD-F20, on Wednesday. This smartwatch comes with Android Wear 2.0 and a range of built-in activity trackers. Like many of Casio's smartwatches, it is also built for outdoor enthusiasts, with an MIL-STD-801G rating for protection and waterproof capabilities of up to 50 metres; this gadget can survive both rocks and rain.

The WSD-F20 also contains a low-power GPS sensor, as well as support for color maps, and can operate both online and offline. Casio's new watch will go on sale in April.

Here at CES 2017 in Las Vegas, it's hard to miss the surging trends around IoT, robotics and virtual reality. The line between these different categories is blurring, however, with vendors such as LG pointing out that home virtual assistant robots are also IoT. Meanwhile, chip makers such as Qualcomm, smartphone vendors such as Huawei and PC makers such as Lenovo, HP and Samsung are proving there's still room for innovation in those established categories.

Here is a roundup of the 10 most important stories we've been tracking during the first two days of CES 2017 news. 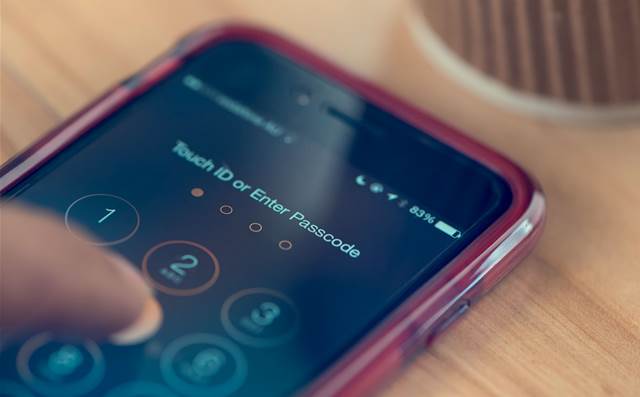 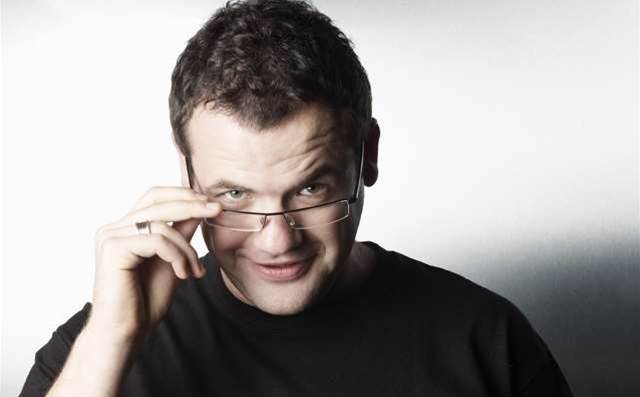 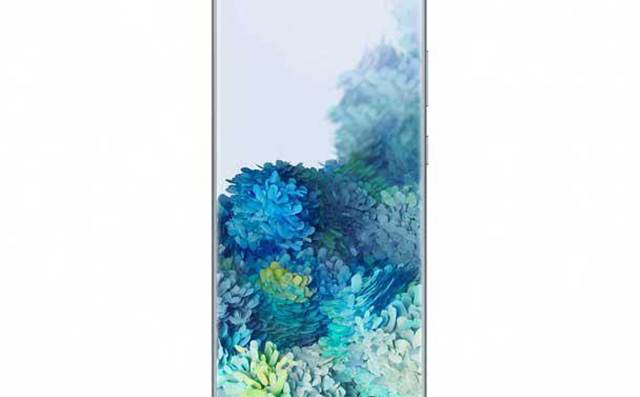