The biggest abuses in the Australian channel revealed

The worst practices that still malign the industry. 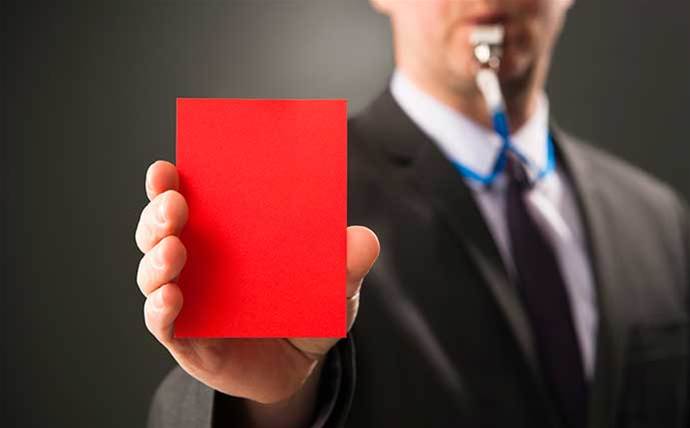 The channel has always had something of a Wild West feel to it – a home to colourful characters and practices that skirt legal and ethical boundaries – and at times leap straight over them.

While the sheriffs of the IT industry have taken steps to weed out some of the more notorious activities (and those who practice them), there is still evidence that not all of the bad old ways have disappeared for ever.

CRN spoke to numerous channel veterans about their experiences over the decades (under condition of anonymity), and found that not all of the outlaws have ridden off into the sunset. 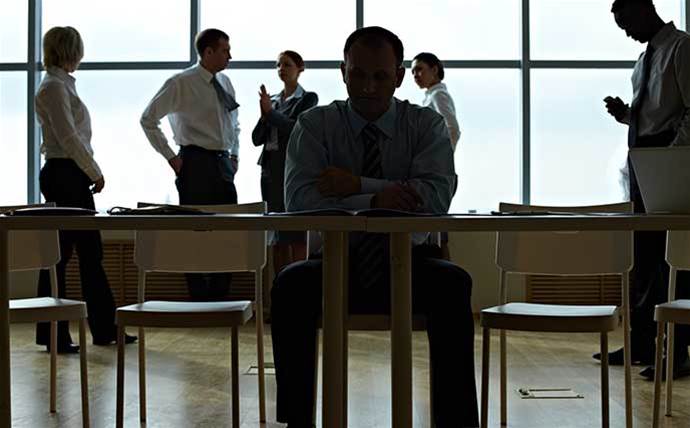 Tension has always existed between resellers and vendors when that vendor also operates a direct sales arm. While steps have been taken by many to clean up their declaration process, the problem also exists at the distribution level, especially when the reseller is seen as adding no value. But the risks of bypassing the reseller channel are high.

“Why would you jeopardise 99 per cent of your business for 1 percent of margin? It’s just not worth it,” one source told us.

One possible scenario has involved distributors simply being unaware that the organisation they are selling to is the end customer, although this can be vetted through checking ABNs.

“Let’s make sure that everyone we put on as a reseller is a reseller – they are not a government department trying to get a better price.” 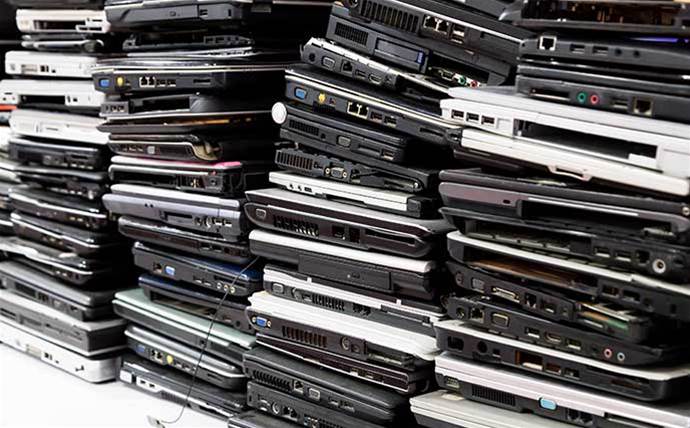 A practice as old as the channel itself, some vendors always manage to find a way to prop up their sales figures by selling more product than the channel actually needs.

The critical element is finding a distributor who is willing to take the risk on holding the product – a risk usually sweetened with a steep discount and access to generous rebates.

“None of that is illegal, because you can offer someone a better price over someone else based, on volume," said a veteran Australian channel chief. "The vendor gets to make his number for the quarter, but hasn’t sold anything. And that distie then grabs all the market share, because they have a better price - the other disties can’t compete.”

The practice has been made harder in the last decade by vendors shifting to recognising revenue that is sold out to the end customer, rather than that sold in to the channel. But it still happens, if the price is right. 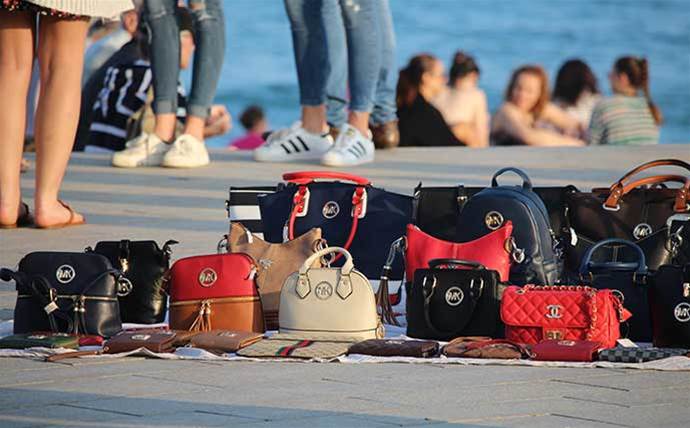 Counterfeiting of high-margin consumer tech is rife, with one source believing up to one in ten products may have a dodgy origin story.

“This is organised crime that is being pushed out of drugs and production, and trying to get into something more sophisticated. I remember we had a guy who received a bullet in the mail. And there is stuff coming out of China that is as good as the original products – and coming out of the same factories,” they said. 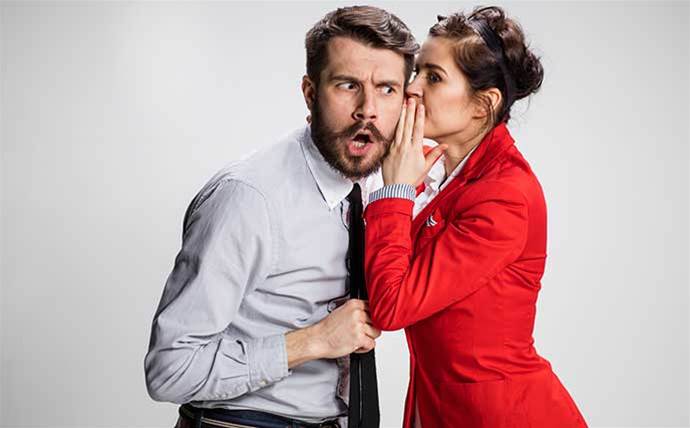 The bane of many a salesperson and channel partner alike, deal reg is intended to reward channel partners who bring in incremental revenue growth. But the ‘first in, first served’ model of many programs is not free from abuse.

One common complaint is resellers who register deals without the skills to actually deliver against it.

“We see resellers who we have never even heard of trying to deal reg a deal, but have no skills," said the former channel manager for a tier-one software company. "In many of those instances they think they are going to be able to partner with someone who can deliver it. Unless they are the prime contractor the vendor usually stops that.”

On the flipside, some vendors have at times been accused of favouritism in who wins out when deal reg is contested between two partners.

“The behaviour has been there where someone will give it to their favourite person, but that is a very big exception. The norm is ‘who can deliver a good project’, because the end customer is trying to get the best deal they possibly can, and they put it on the vendor if the reseller can’t deliver the project.”

Vendors have been seen to be cracking down on the behaviour of their own sales teams, with Dell EMC channel chief John Byrne recently promising to terminate salespeople who violate deal registration. 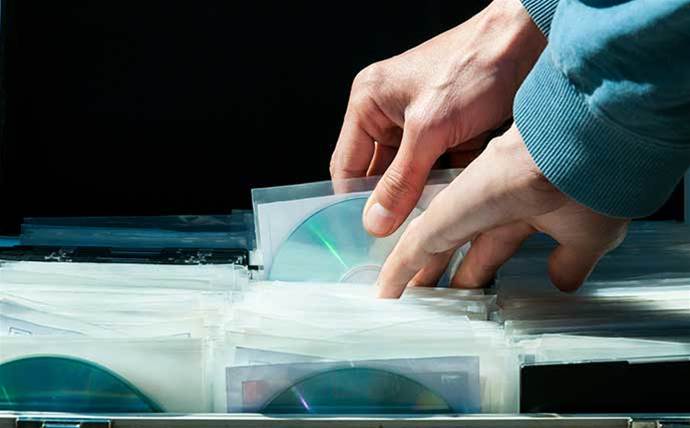 So you’ve negotiated a volume discount on 1000 laptops, but only need 995. What do you sell the remaining five for? The answer in many cases is the discounted price, and it’s a practice that in many instances vendors will wave through.

Discount abuse can operate at scale however, with stories of resellers ordering 1000 items when they only need 500. Often it is this discounted product that makes its way into the grey market when it is on-sold out of country.

A source told CRN: “In the past some of the vendors have been on board with it, and it was so sophisticated at one point that people were scrubbing the serial numbers off the boxes so they couldn’t be traced back to the country of origin.”

Vendors have been known to audit distributors to ensure they are using discounts appropriately, and HPE for instance has instigated a new front-end, end-user verification policy to ensure that resellers can only get special pricing for the intended customer. But often disties are unwilling to pass the penalties along to the resellers at fault.

“I’ve seen disties hand over tens of thousands of dollars for that - it is not worth them upsetting the relationship with the partner, and they have no proof.” 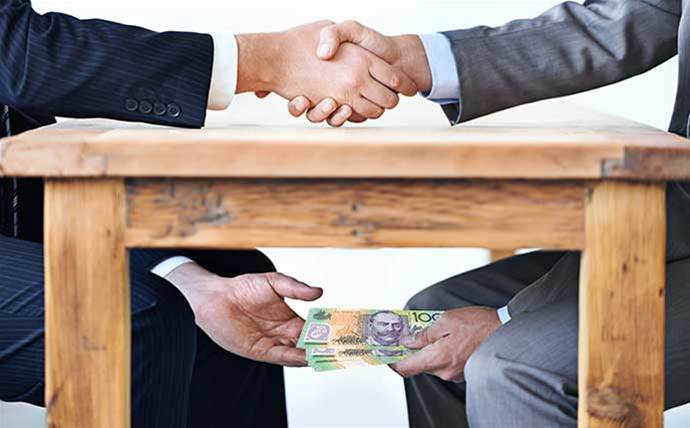 Transparency has always been a problem in the channel, especially when deals are made by privately-held companies whose books are not open to public scrutiny.

“It is resellers with mates in the end customer and in the vendors, who construct deals so they can build their swimming pools and home theatres," said a veteran distributor. "That happens all the time. And the people who do that become so good at it is impossible to bust them.”

This is especially the case when access to a product or service is restricted to only one distie or reseller, making it impossible to compare margins. The result is padded margins, where the buyer may have no clue as to the real value of what they are buying (or are receiving a kickback for paying it anyway), or paying for items that never arrive. 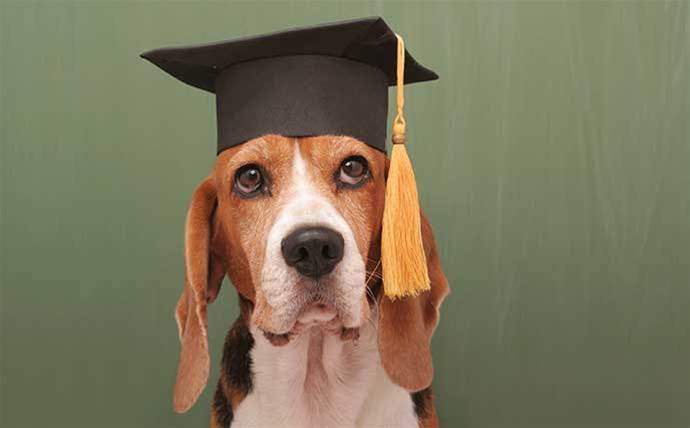 Corporate history is rife with examples of executives who have faked and padded their resumes. So is the channel really any different?

The veterans spoken to couldn’t recall an instance of where a reseller had been caught out falsely claiming to have specific certifications, as vendors would pick up such deception too easily. Many vendors also make it simple to determine who holds the certifications, such as through Apple’s Certified Professionals Registry.

While some company accreditations require a certain number of certified professionals, that can leave resellers in the lurch when the holders of those skills move on. However, distributors indicated that they would often cover gaps until new certified skills could be recruited. 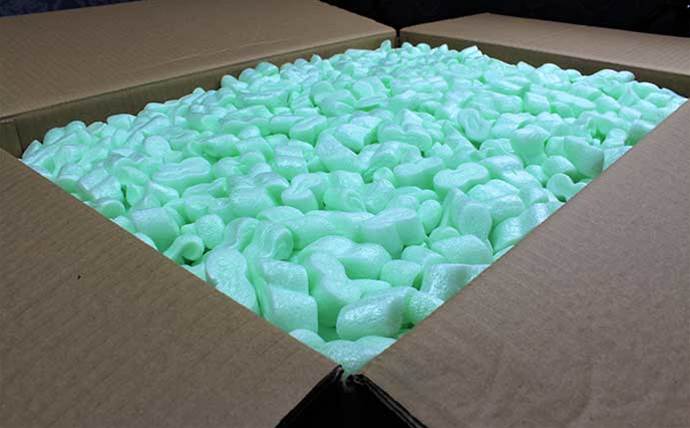 Although grey market importing of technology is not itself illegal, the way that product comes onto the grey market can be. But while some grey-market importers believe they can make a margin by playing the foreign exchange rate game, disties report that generally they get caught out.

“Some partners have become FX experts and look at the published rates, but what they don’t realise is you can’t buy money at those rates. So by the time it lands, it’s not cheaper. These logistics costs that we incur are real costs,” a distributor told CRN.

While grey marketing might not be technically illegal, resellers can still fall foul of the law, even when the products they are selling are genuine. There is one example of a printer maker that sued a reseller who had been importing unboxed toner cartridges, only to have been re-boxing them for sale in the local market. 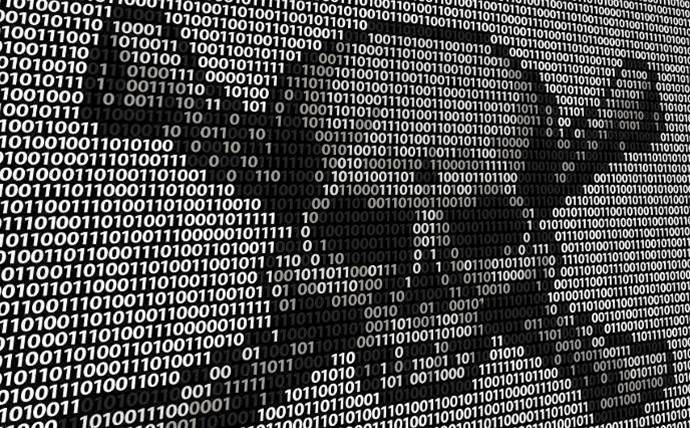 One of the most obviously illegal examples of bad channel activity, the selling of pirated or unlicensed software continues – despite the often very public efforts of the Business Software Association of Australia (BSA).

Director of compliance programs Gary Gan says software piracy has been addressed a lot more in recent years, with the damages recovered falling from $825,000 at the end of 2014 to $589,000 at the end of 2016.
But he says we are still seeing organisations using pirated versions of software.

“We recently settled a case with a Queensland-based IT contractor which was found to have installed counterfeit software onto a number of computers which were subsequently sold on to customers,” Gan says.

Damages are usually calculated on the retail value of the genuine software infringed. Additional damages can be ordered, and are typically between 50 percent to 200 per cent of the retail value infringed. Selling counterfeit software can also be a criminal offence under the Copyright Law punishable by a fine and or imprisonment for up to five years.

But despite the penalties, Gan says pirates persist, and are changing their methods to reflect the move of many vendors to subscription-based licensing models by focusing on product keys and less in counterfeit physical products. 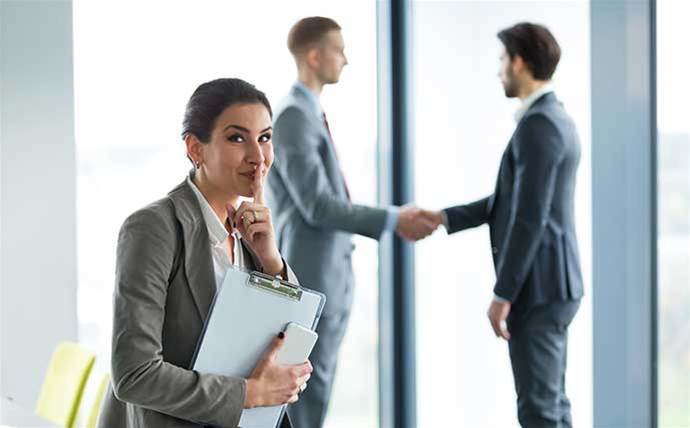 While vendors might publish their standard prices, they are still free to offer discounts under certain circumstances. What they can’t do however is tell distributors what they should be selling their products for.

One veteran channel chief told CRN: “I remember a meeting in the early 1990s with the head of distribution operations for a fairly major software vendor, and in the room was the heads of two other distributors. And the vendor told us they were concerned because the perceived value of their software was declining because we were selling it too cheaply by competing with each other too aggressively. It was a blatant attempt at influencing distribution sell price amongst three competitors. And nobody blinked.”

While this is uncommon now, sources report there are still times when less experienced channel managers might need reminding of the illegality of price fixing. 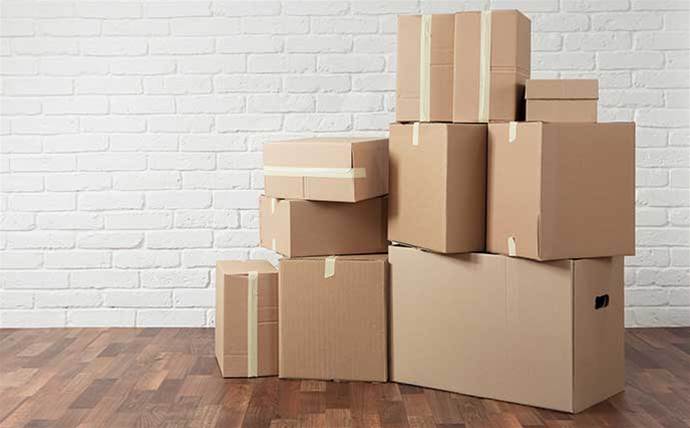 While grey marketing offers a means for buyers to get around regular import channels, it’s not unheard of for some businesses to take on such activity for more than their own benefit. But the process of unapproved sub-distribution is not a common one.

“There isn’t enough margin for sub-distributors to exist, so they have to exist either because they are getting a better price, or they have a market that no one else wants to address,” a distributor told CRN. 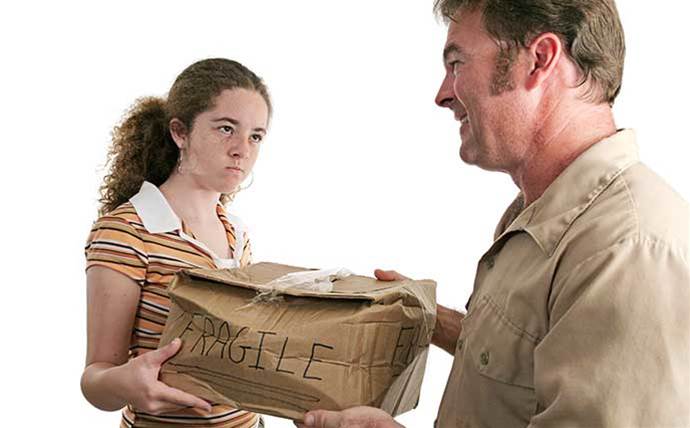 It’s not hard for consumers to find out their rights, but that doesn’t stop some resellers taking liberties when it comes to honouring warranty conditions.

The channel has always had something of a Wild West feel to it – a home to colourful characters and practices that skirt legal and ethical boundaries – and at times leap straight over them.

While the sheriffs of the IT industry have taken steps to weed out some of the more notorious activities (and those who practice them), there is still evidence that not all of the bad old ways have disappeared for ever.

CRN spoke to numerous channel veterans about their experiences over the decades (under condition of anonymity), and found that not all of the outlaws have ridden off into the sunset. 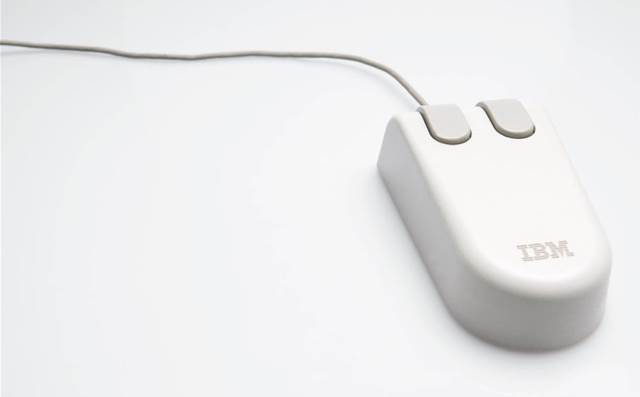 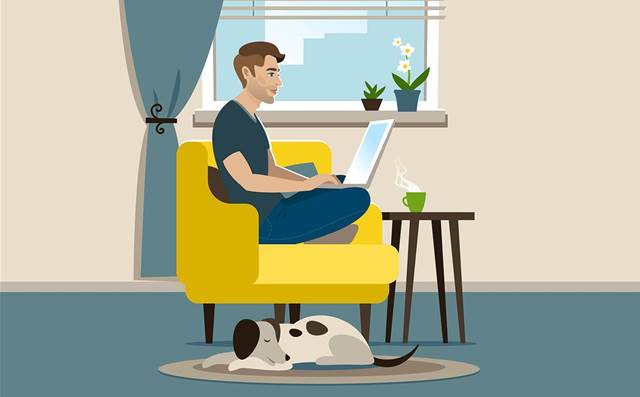 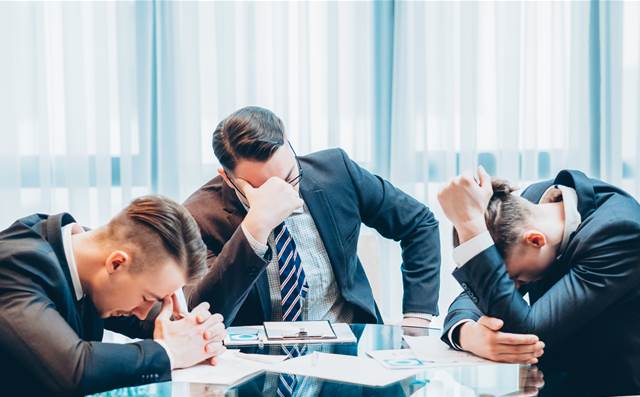