First half of 2018 saw reshuffles at Telstra, Westcon, Vocus, IBM and more. 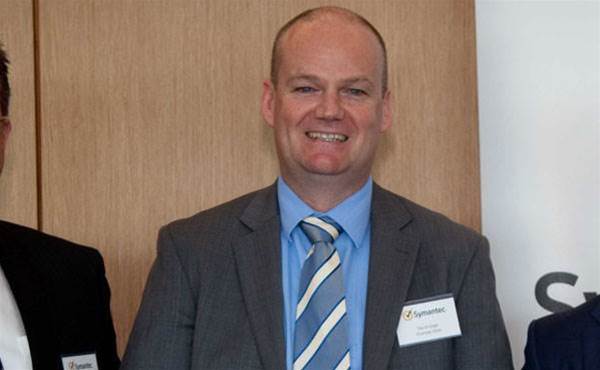 David Gage resigned as managing director of Westcon-Comstor in March, just 12 months after joining the distributor.

Gage told CRN he was pleased with his achievements in during his year at Westcon, including gaining market share and "improving partner and vendor focus through the restructure of the business and internal cultural change". 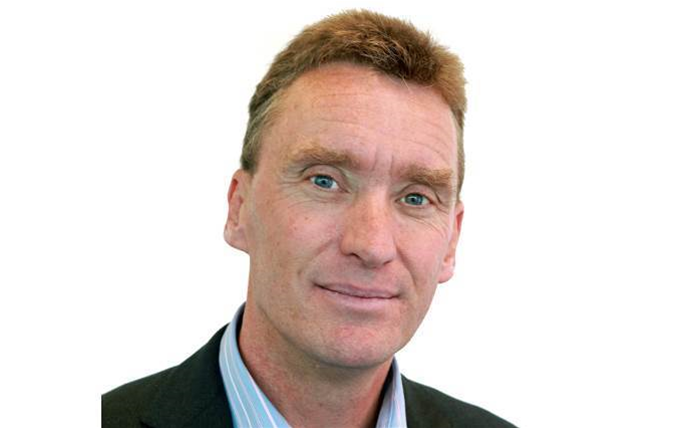 He replaced former chief Geoff Horth, who left three months prior after two years at the helm, having taken the role when Vocus merged with M2 Group in February 2016.

Russell left Telstra in September 2017, where he was group executive for Telstra Retail. He has also worked for Optus as chief executive of its consumer business and country chief officer before he left in 2014. 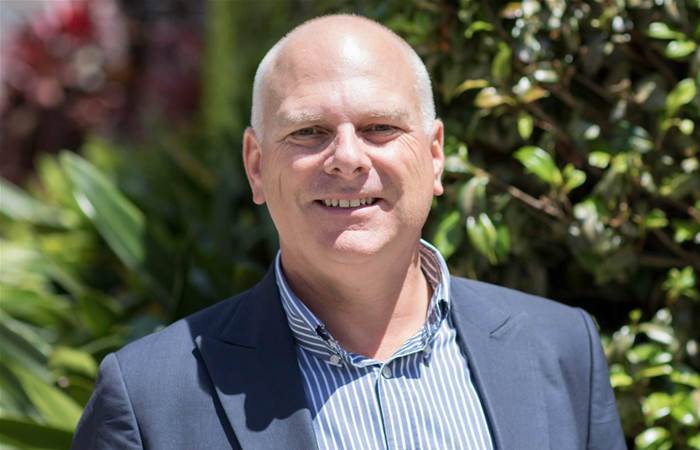 “The people I’ve met so far at Veeam have been very impressive – their knowledge, desire to win and to build highly successful teams," Mitchell said.

"Also, everybody within the partner ecosystem that I spoke with all said that Veeam is a great company and they all have plans to invest even more in working with us in 2018."

Williams left Veeam in October after seven years with the vendor, and said he was taking a break from the industry after parting ways. 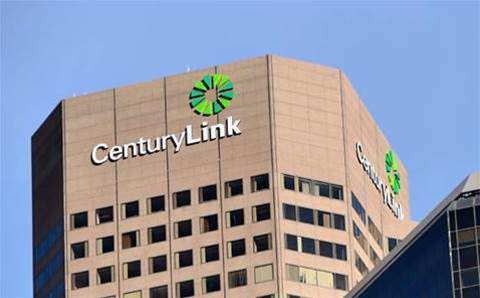 CenturyLink regional director Stuart Mills left the company in February after nearly three years with the business, and two years after the cloud vendor established an Australian presence.

The spokesperson reconfirmed that Australia would be a significant focus in the region, and that CenturyLink's headcount in Melbourne had grown after closing the acquisition of Level 3. 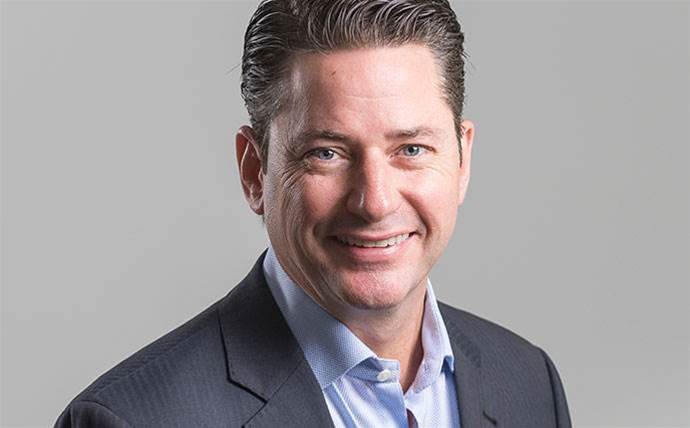 Fyffe went on to join data management software vendor Veritas in May as its managing director, leading its sales, technical and services teams in Australia. 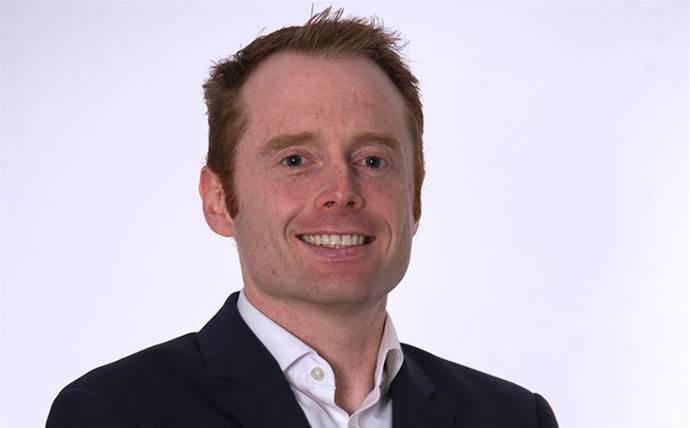 CSA founder steps down after 30 years

Brett Woods took over the reins of Newcastle-headquartered CSA in February when founder and managing director John Schneider stepped down from his full-time role after more than 30 years.

Woods was previously group executive, general manager of client solutions, and had been selected to lead the company, a plan that was moved up when Schneider stepped down.

CSA said that Woods had been instrumental in helping the company's growth, including boosting its revenue to $52 million in the 2017 financial year. 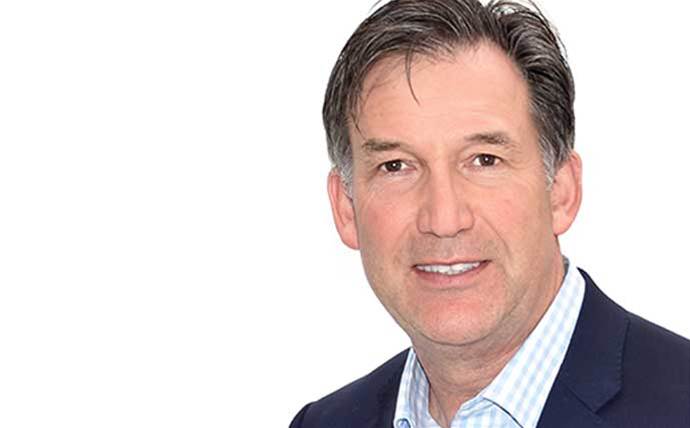 An IBM spokesperson said that Peach had "decided to pursue opportunities outside IBM," though Peach was unable to comment on his departure himself at the time.

He was replaced by IBM veteran Alison Freeman as general manager for ANZ global business partners a month later. 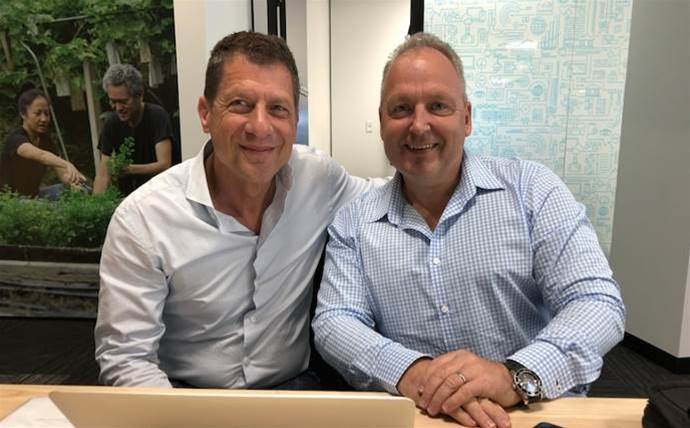 Xero founder Rod Drury stepped aside as chief executive of the accounting software firm in March, 12 years after founding the company in Wellington. He took on a non-executive director role at Xero, allowing him to focus on innovation and strategy.

He was replaced by former Microsoft Australia channel chief Steve Vamos, who is also a non-executive director at Telstra.

The leadership change followed Xero's delisting from the New Zealand Stock Exchange to consolidate its shares on the Australian Securities Exchange. 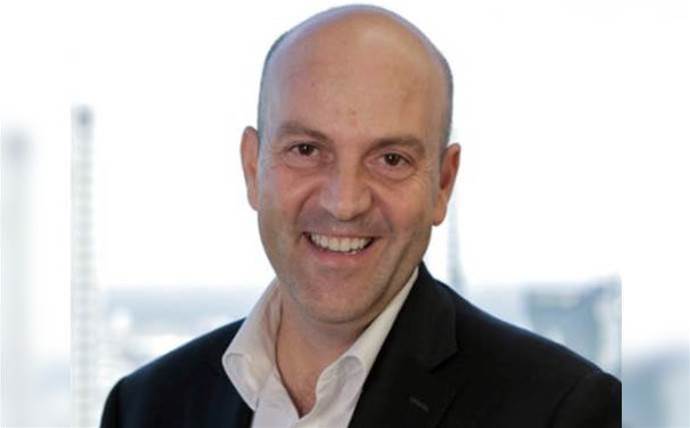 Romano was in the midst of leading Telstra's $3 billion digital transformation project, which was two years in at the time and had already cost $1.3 billion. He was also responsible for IT strategy, focusing on cloud, IT architecture and simplification & resilience programs at Telstra.

He was replaced by CTO Hakan Eriksson, who helms the position until a permanent replacement is found. 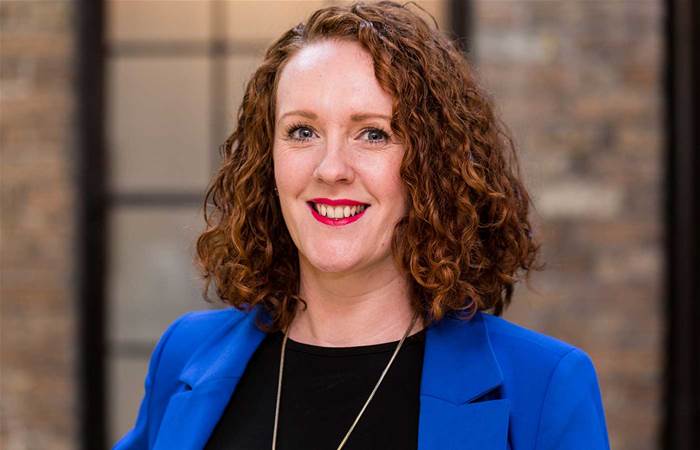 Hodges replaced former channel chief Genevieve White, who left in September the year prior for a role at Telstra. 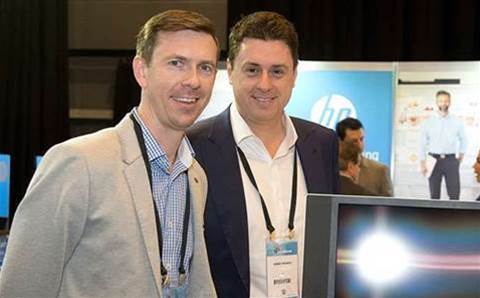 Managing director of HP South Pacific Robert Mesaros left the top role in April to take a new position at HP as head of 3D printing for Asia-Pacific and Japan.

Mesaros has been replaced by director of printing systems Paul Gracey in the interim while the vendor searches for a permanent replacement.

Mesaros worked for HP South Pacific for 12 years, and was promoted to the managing director role for Australia and New Zealand in November 2015. He has also worked in various roles for HP in Asia-Pacific and Japan, Hong Kong and Macau. 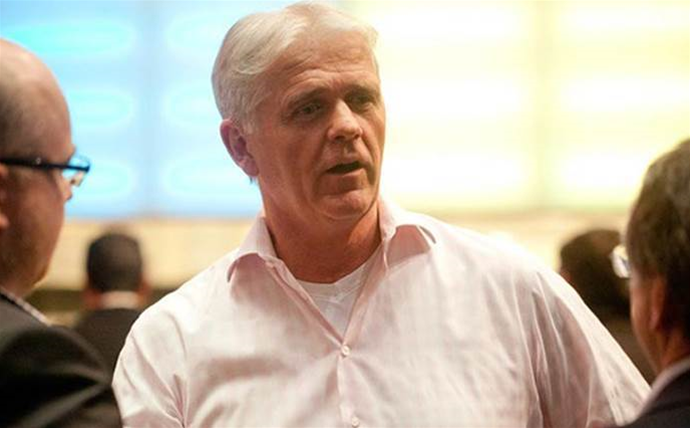 In April, NBN Co chief executive Bill Morrow revealed his intention to leave the company by the end of the year, kicking off a global search for a new leader.

By the time Morrow exits from NBN Co, he will have led the company for four years and nine months.

The network builder said Morrow's departure came as NBN Co "prepares to confront the new challenges ahead". At the time, NBN Co said that 80 percent of Australians would be able to connect to the network by the end of 2018. 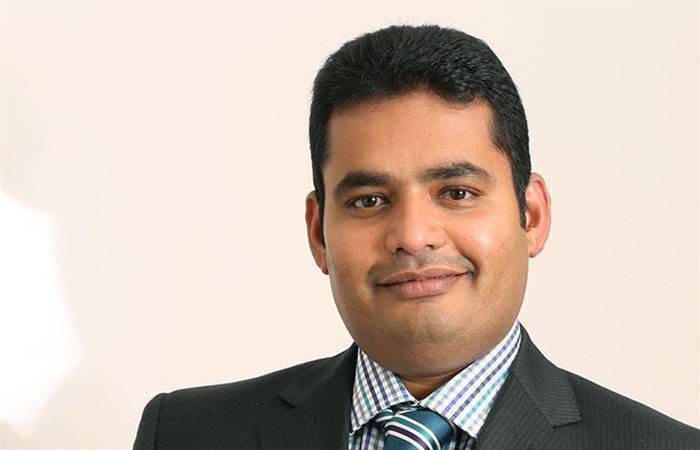 Intel's Australian and New Zealand country manager VR "Raj" Rajkumar announced in May that he had left the vendor after close to 20 years.

He is taking a break from the industry for taking on a new role. 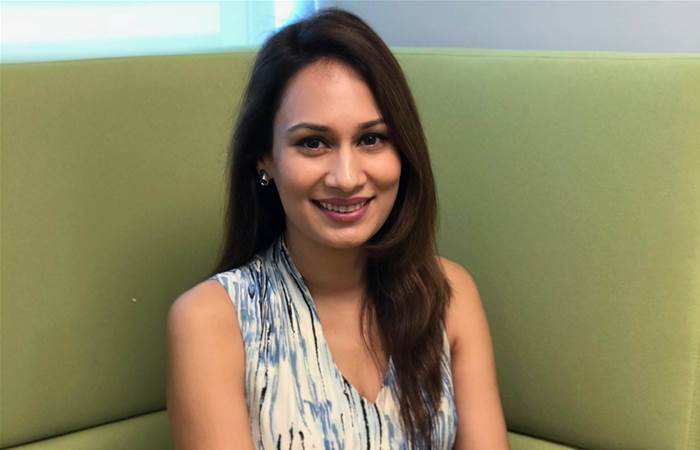 Kaspersky Lab appointed Naina Parhar as its head of channel sales for Asia-Pacific in January, working on the security vendor's distribution framework and its new telesales business.

She replaced David Yue, who left the company in July last year.

“Partners have been the core of our business and will continue to be important to our ability to scale," said Parhar.

"I am looking forward to leading a part of the business that has so much opportunity.”

She was also tasked with rolling out Kaspersky's global partner program for Asia-Pacific. 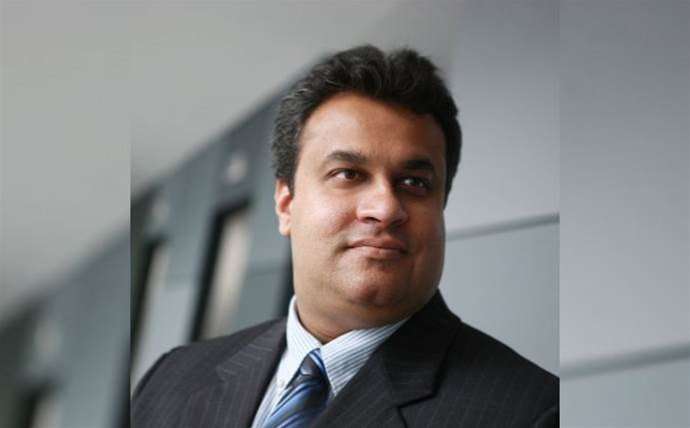 Acronis recruited Neil Morarji to lead its Australian and New Zealand business as general manager in January, which includes working with service providers and distributors.

"The market is mature and ready for our products. We have the best technology and we’re going to build our brand by providing excellent service and fanatical support to our new and existing customers,” said Morarji. 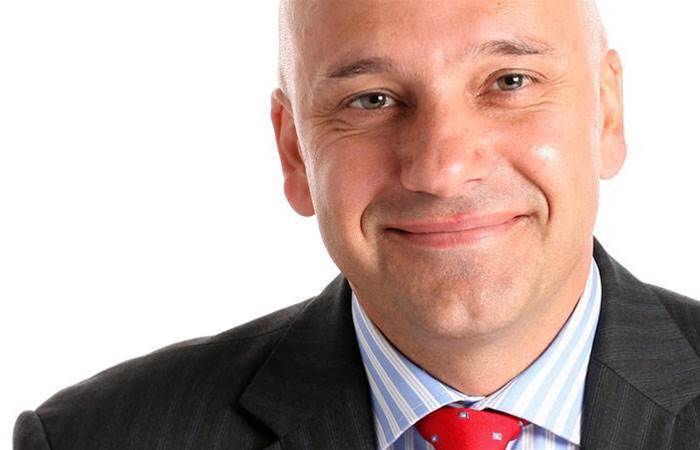 Red Hat was left searching for a new channel sales director after Colin Garro stepped down from the role.

He went on to join cloud security provider Mailguard as global director for direct and channel sales.

Both Red Hat and Garro confirmed his departure to CRN. A spokesperson for the software provider said he had left on good terms and declined to comment any further. 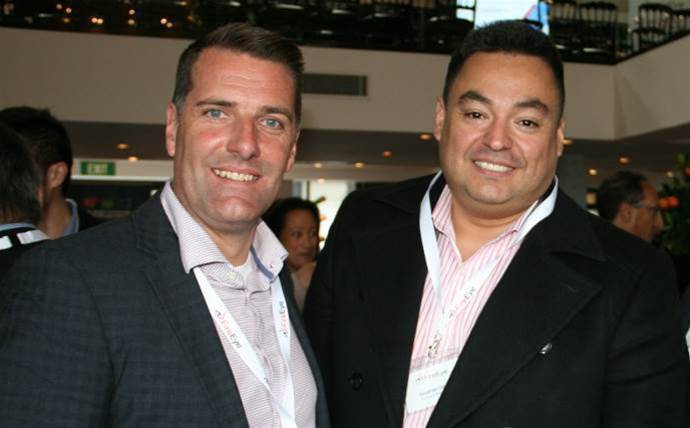 Jonathan Odria was appointed managing director of Exclusive Networks Australia and New Zealand in February after his fellow Whitegold Solutions co-founders Dominic and Sharon Whitehand parted ways with the distributor.

Odria was previously ANZ sales director, and has since expanded his role to include responsibility for growing the business in the region.

"Following a strong 2017 for ANZ with 20 percent year-on-year growth I am looking forward to an exciting 2018," Odria said. "The new role will be challenging and exciting as I move from working in the business to working on the business and setting the strategy and goals for the ANZ organisation. 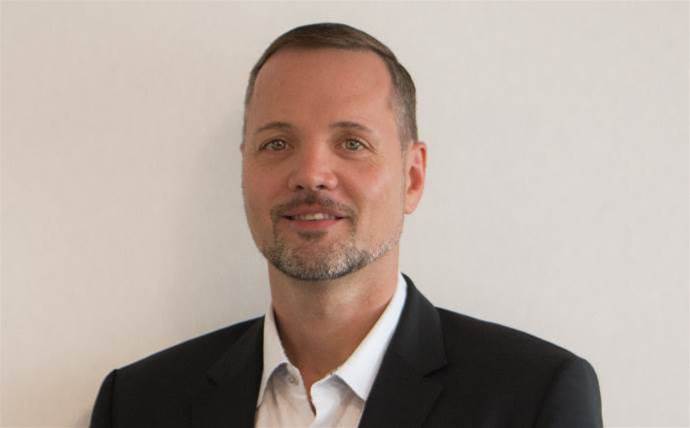 BlueJeans Network director for Asia-Pacific James Brennan left the company in February after 16 months with the video communications vendor.

He took on a new role at US-based enterprise video platform startup Kaltura, spearheading its entry into the enterprise and government market in Australia as senior director.

A month later, BlueJeans hired Adam Noall as a dedicated channel director for Telstra, one of its largest partners in the region. 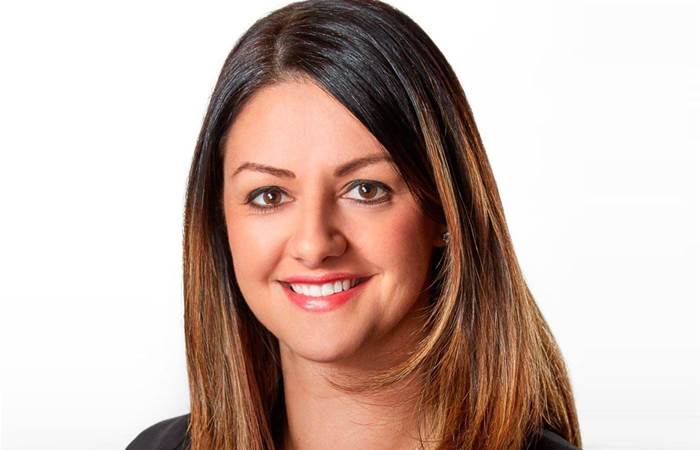 Mimecast appointed Rema Lolas as its new channel chief in March, charged with leading its five-staff team in Australia to focus on driving the local business via partners.

Lolas brought 14 years of experience to the role, including multiple sales and marketing positions at Citrix in Australia and the US. Prior to Mimecast, she was senior alliance executive, service provider at Dell EMC. 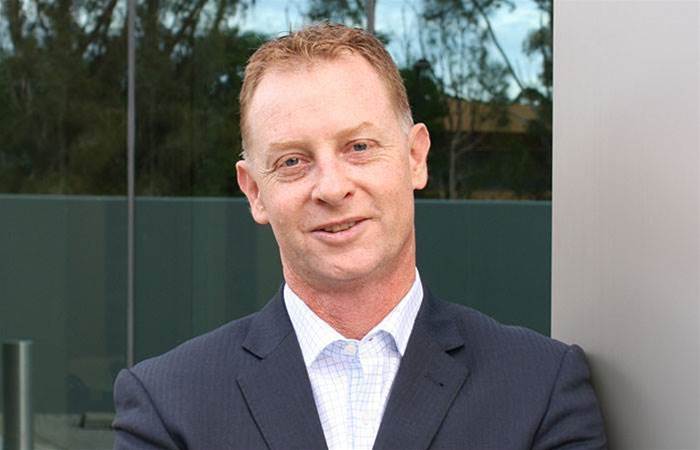 Hitachi Vantara's Aussie channel chief Phil Teague parted ways with the vendor in April after the company restructured its sales organisation and amended its partner program.

The changes saw Hitachi Vantara consolidate its direct and indirect sales teams into the same unit, meaning partner business managers for each sales region now report directly to the local sales director. This resulted in the channel chief position being made redundant.

Hitachi Vantara said the change would provide partners with better access to customers and the vendor's install base, as well as offer a model to more tightly integrate partners into its sales team. 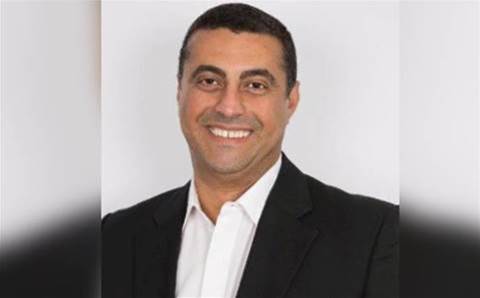 Leading Edge Computers promoted Andre Said to national group manager, the new top role for the computers group covering more than 120 stores across the country. Prior to taking the national general manager role, Said was a product manager at Leading Edge, having joined in April 2016.

"We’ve got 122 members in the group. It’s a diverse group and each of them will have touch points within the industry at different levels on the verticals in which they specialise,” Said told CRN.

David Gage resigned as managing director of Westcon-Comstor in March, just 12 months after joining the distributor.

Gage told CRN he was pleased with his achievements in during his year at Westcon, including gaining market share and "improving partner and vendor focus through the restructure of the business and internal cultural change". 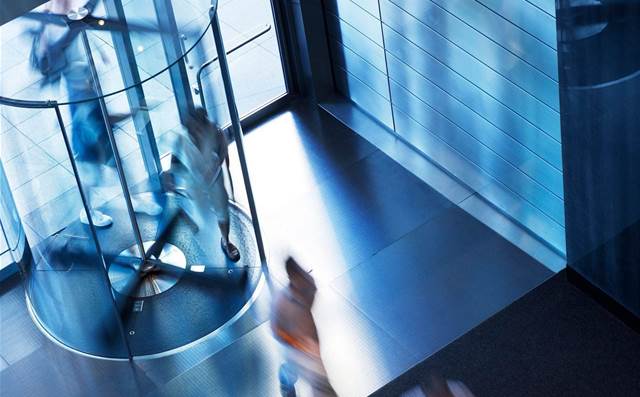 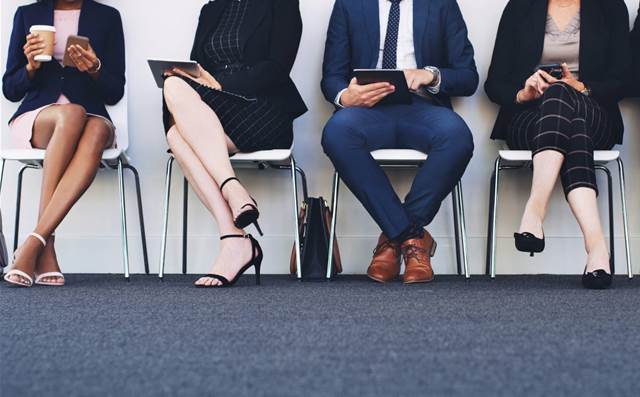 The biggest IT channel job shifts of 2020 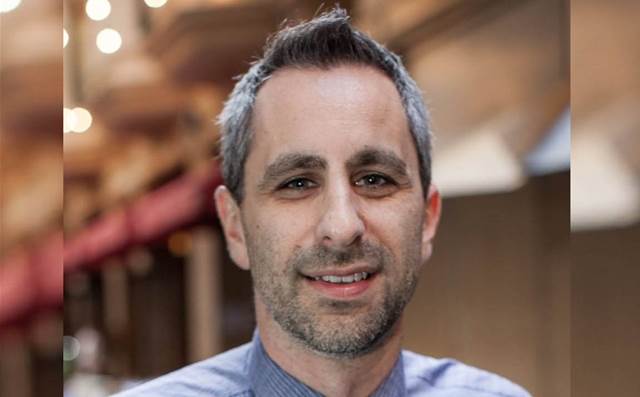