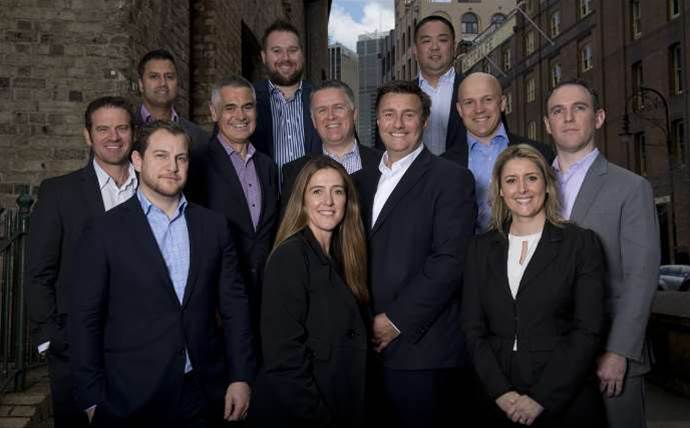 CRN hosted a panel of longstanding IT providers and newer, cloud-centric operators to understand how they are evolving their business models in a cloud world.

At times, the lunchtime discussion at the Park Hyatt Sydney saw some fiery philosophical debates on the definition of cloud and the differences between ‘born in the cloud’ businesses and re-invented traditional providers. We have cherry-picked some of the most enlightening insights that arose from the discussion.

The 19 August event could not have taken place without the support of our sponsors Kaseya, Rhipe and Avnet. 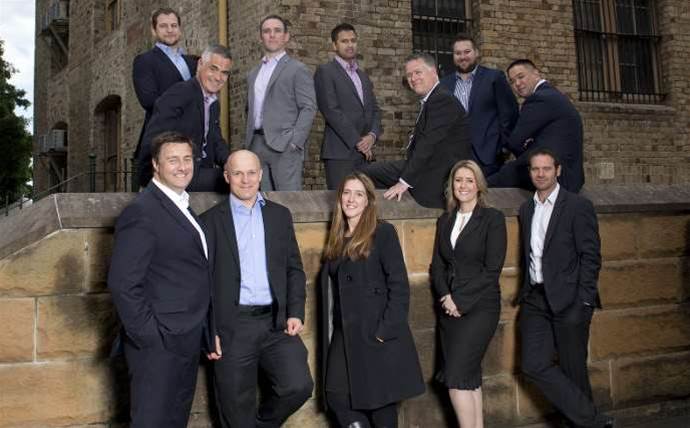 "But we’re finding it’s actually nothing like that. In a recent example of a big customer deployment, what we did is we took the ERP and ran it on our cloud. There were a bunch of reasons around Oracle licensing that made that the right choice.

"Next to that, we deployed Office 365 and Windows 10 and a bunch of other components, including some Citrix. What we were doing as a systems integrator was that instead of connecting fibre channels for storage, we were connecting cloud platforms, identity management, our own cloud WAN and building a solution. It is a different cake, it’s made out of ingredients that include some on-prem, some devices, some cloud, some systems management.

"It’s not that they just went Office 365 and that solved everything." 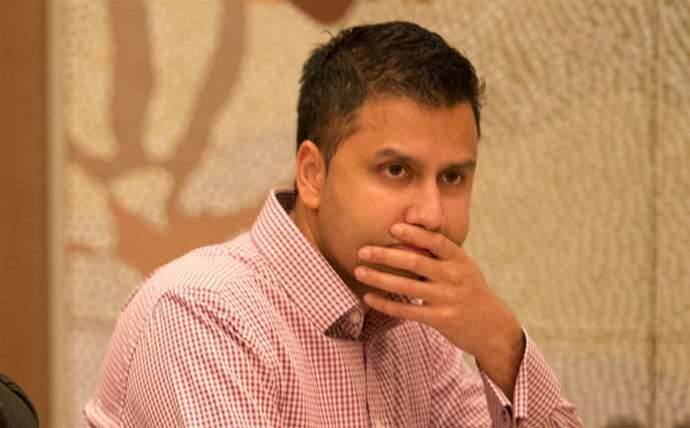 There’s no one right choice between cloud and on-premise

CRN: How does Brennan IT decide whether an application is best suited to remain on-prem or go to a cloud?

"I’d describe the word ‘best’ in three dimensions. The first is – what presents the best end user experience? The second is total cost of ownership. The third, and I think most critical one, is ‘do-ability’ – can it be done? Does it work properly?

"Nearly every business relies on some set of business applications. Not all of those have been designed from the ground up to work in a virtualised, multi-tenant type of environment. Even if they are, they still need some customisation around that.

"So based on those three criteria, we decide is it better remaining on-premise, in a boutique cloud – which we sometimes call a private cloud – or a ‘scaled’ cloud. I don’t think the word ‘public’ is actually correct for that; it’s a scaled cloud environment." 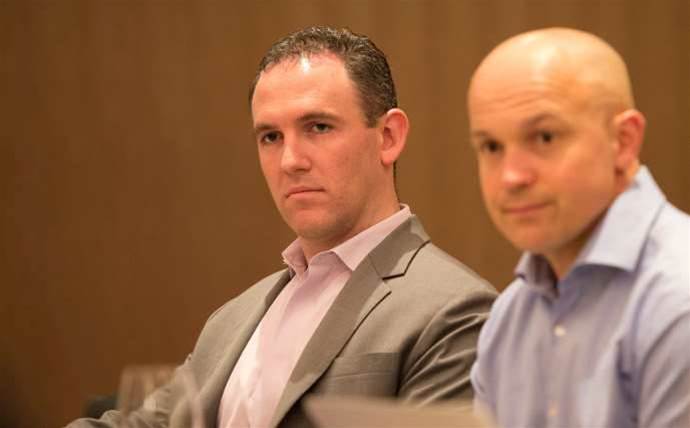 There’s no one right choice between cloud and on-premise

"We’re not jumping into this holus bolus and saying everything has to be service and cloud.

"The fundamentals of our business aren’t changing – cloud is just a new way to consume offerings and solutions that we’ve had in the market for some time. ‘As-a-service’ is just a different way to consume a lot of the traditional capex-based investments our customers have been making." 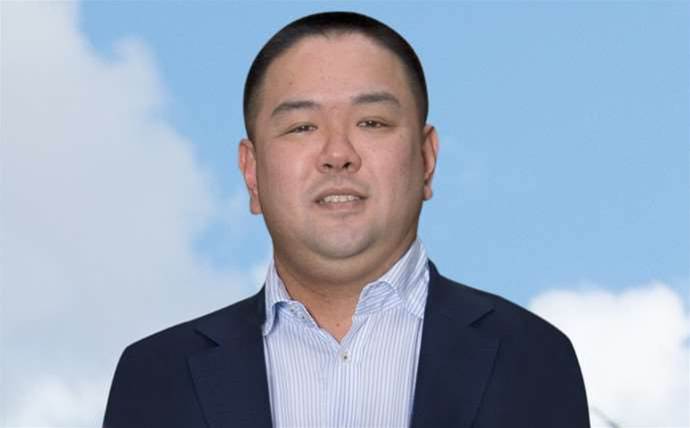 Maybe there isn’t a cloud skills shortage. Maybe it’s you

CRN: Bluesource is relatively new to the market. Are skills and people your biggest challenge over the next 12-18 months?

"No. I think that if you have the right people, they will have the ability to learn. My dad always said to me, ‘If you understand how to learn, you will always be successful.’ If you hire people who want to learn, you will always be successful. "Ultimately, it’s about people. We’re not robots. So 12-18 months from now, if I have a great team, the business will come and customers will be happy. "I’ve worked for a lot of resellers over the years, and they always say, ‘I can’t find good people’. The problem is you don’t understand how to manage your people. I’ll be brutally honest, there are a lot of resellers out there who are bad at managing staff." 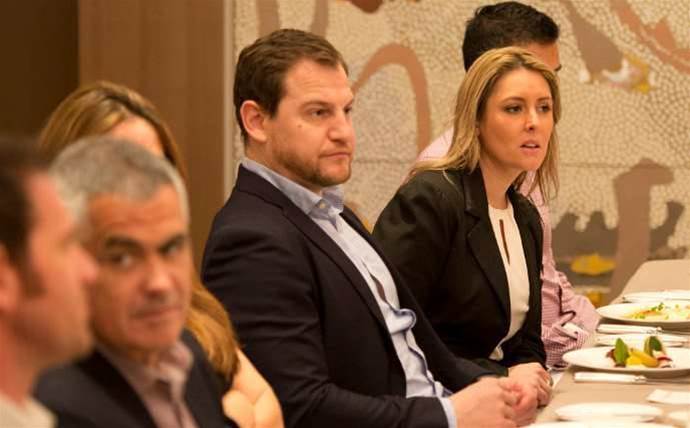 Cloud hype is creating a gap in the data centre space

"We’re actually finding our legacy business growing faster than our modern business. Is that because a lot of our competitors are changing, and it’s leaving a bit of a vacuum in the legacy space?

"For us, legacy is really core data centre infrastructure – big storage, big high-performance compute. We’ve got a lot of expertise in that space. So as we may see a lot of our competitors positioning software-as-a-service, hyperscale and so on, our core skillset is still in the data centre, and our data centre business is going from strength to strength." 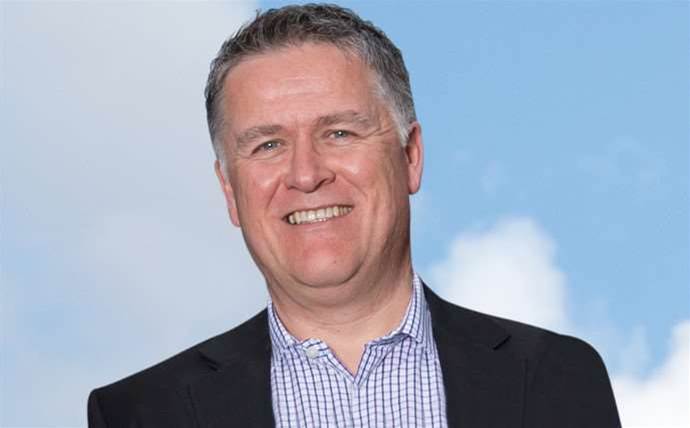 The channel must cannibalise itself

"There’s research out there that 80 percent of IT spend is in keeping the lights on. Our opportunity as a channel is to take that 80 percent of spend and reduce it to 50 percent through cloud infrastructure so that they can then use the remainder of the IT budget for innovation.

"That’s where the real opportunity is in the channel for us – to say, ‘OK, forget about using something on-prem, why don’t you use Salesforce or NetSuite or Office 365 to enhance it?"

"I totally agree. If you want to see where our industry is going, talk to accounting firms. They don’t ask about what technology you have. They just say, ‘What’s the outcome you want?’ The last question is, ‘What tool do you use?’ and you say ‘Xero’ or whatever – they don’t care.

"That’s where our world is going and where it should go. Ultimately if we don’t do that, we’re all going to be doing something else in 20 years." 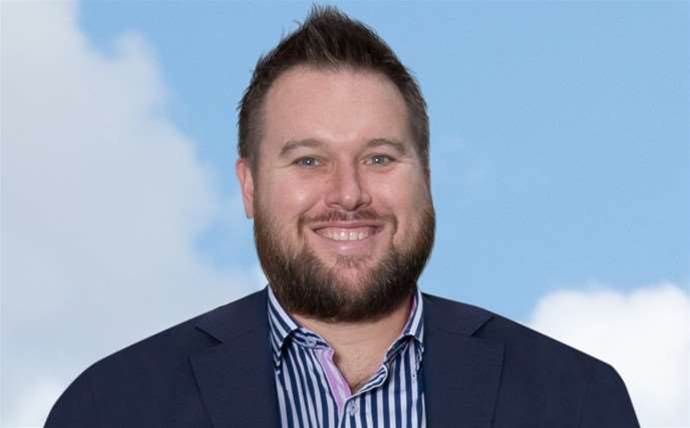 "Shadow IT is a problem when it comes to compliance for a business because they don’t necessarily understand what’s going on or where people put data or information, but it shows how powerful cloud can be. These people, who are not IT people, find these services that can actually help them do their jobs and accelerate the outcomes that they’re trying to achieve, so it’s very relevant.

"If you discover [shadow IT], how do you help the IT team harness that and use those tools? Make it relevant to the IT teams or compliance teams and bring them all in. I don’t think you should fear it."

"Shadow IT is a function of, ‘I can’t get this from IT, so therefore I’ve got to spin up the server on AWS or have to buy Salesforce or whatever.’ So it’s a function of the relevance of the IT department and, therefore, cloud becomes an easier option." 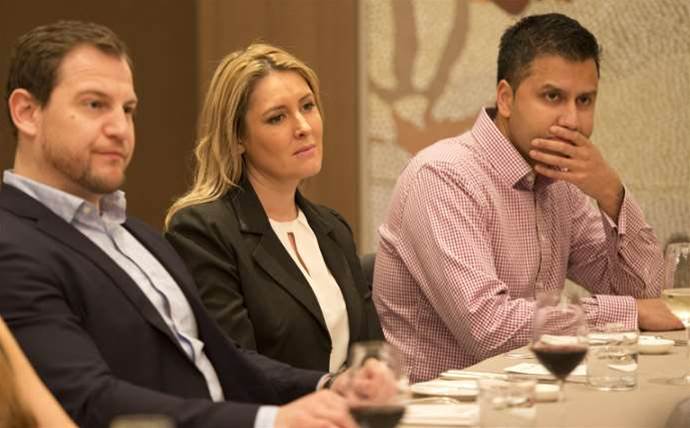 Cloud compensation is a tough nut to crack

"The challenge comes when sales reps are motivated financially and you have a compensation structure based on the traditional perpetual licence resale model, and you have a progressive partner who wants to sell a consumption model. The potential conflict is not only in terms of putting the best solution forward, but in terms of how we financially structure this so that everybody is remunerated. Otherwise, you would end up fighting against your vendor, because they want to sell in a different way. "

"We see this conflict daily. If a vendor offers a perpetual or a capex-based offering, but the opex or subscription option is new, we still see the vendor favouring the upfront capital injection through the perpetual sale. A lot of the commission schemes that their account execs are on are based around that upfront sale price." 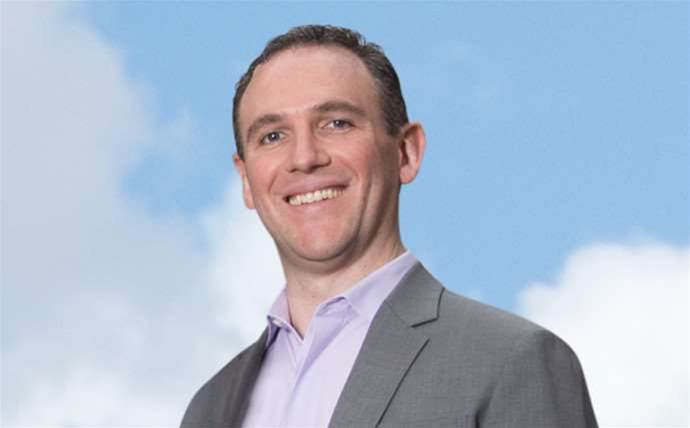 The cloud channel is prime for ‘co-opetition’

"Everyone around the table has a fundamentally different business framework, different customer segments, different capabilities and we all have a different value that we deliver to our customers. So on the point about working together, there’s significant opportunity in this room, because in many cases, we don’t compete, given how we operate and where we work.

"We don’t pretend to know our customers’ business better than themselves. Our job is to understand what they’re trying to achieve and then work with the right partners: that may include vendors, that may include other channel partners." 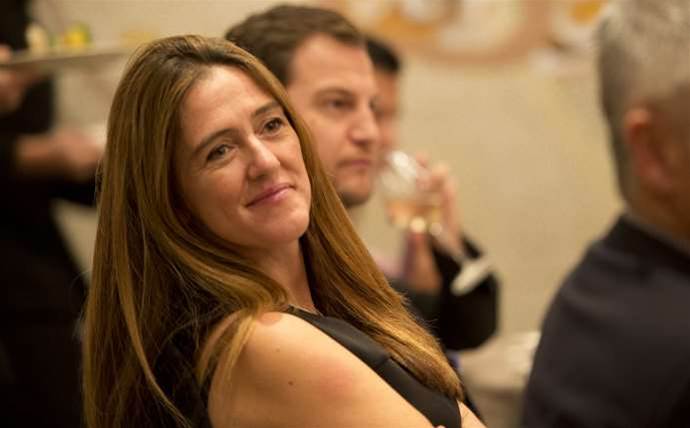 Born-in-the-cloud partners can come back down the stack

"We’ve gone from playing just in the app space – that’s continuing to grow and not slowing down – but if we look at how customers connect to the cloud, networking is the key.

We’re not putting in any [ethernet] ports as such, but going down to the architecture of the network layer. It’s about connecting customers’ data centres into the cloud. 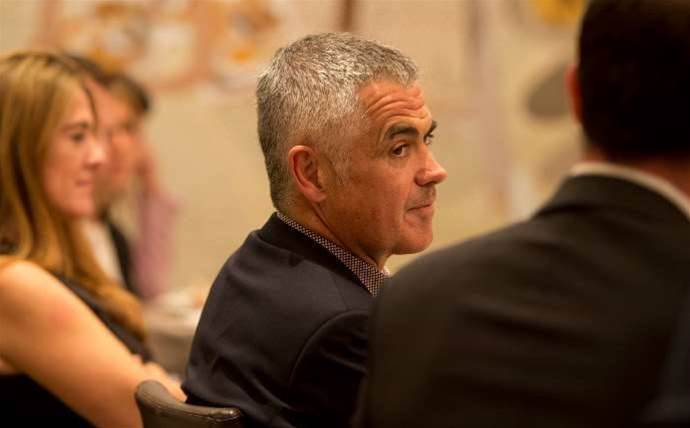 "A new thing for us is, ‘Who is a customer, and who is a partner?’ The new [cloud] marketplace is a vehicle for our traditional vendors, but more than that, we’re increasingly seeing our partners using that marketplace as their own branded route to market for their own services.

"There’s such great change in this space and no one’s going to have the capability to do it all. I think we’re all recognising that. If we can somehow facilitate those partnerships, connections and new business opportunities for everyone, that’s ‘job done’ for a new style distributor." 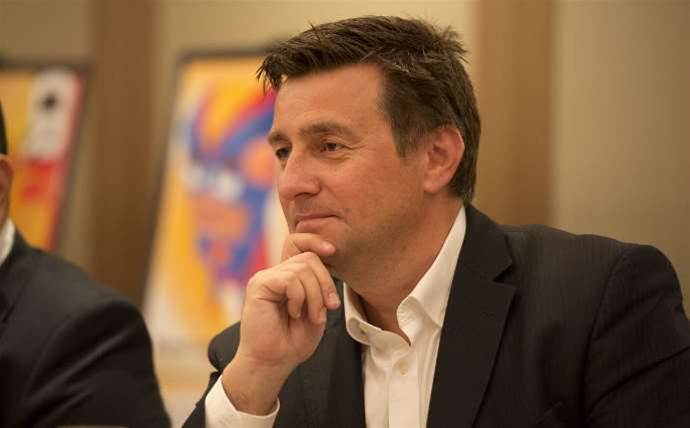 "In the old world, you as a seller convinced the buyer of the future value, and if you were right, talked to the CIO and his job was vested in the success of the project. Now with ‘supplier beware’, if [the reseller] over-promises on the project, it doesn’t matter if it’s a three-year contract – the customers pay monthly. You promised X, but three months down the line you’ve not delivered; I rip up the contract and guess where the money is? Still in my pocket.

"So as a distie there’s a whole dynamic that’s changed and the services that we offer are focused on after the sale, not before the sale, and I think that creates an honesty."

CRN hosted a panel of longstanding IT providers and newer, cloud-centric operators to understand how they are evolving their business models in a cloud world.

At times, the lunchtime discussion at the Park Hyatt Sydney saw some fiery philosophical debates on the definition of cloud and the differences between ‘born in the cloud’ businesses and re-invented traditional providers. We have cherry-picked some of the most enlightening insights that arose from the discussion.

The 19 August event could not have taken place without the support of our sponsors Kaseya, Rhipe and Avnet. 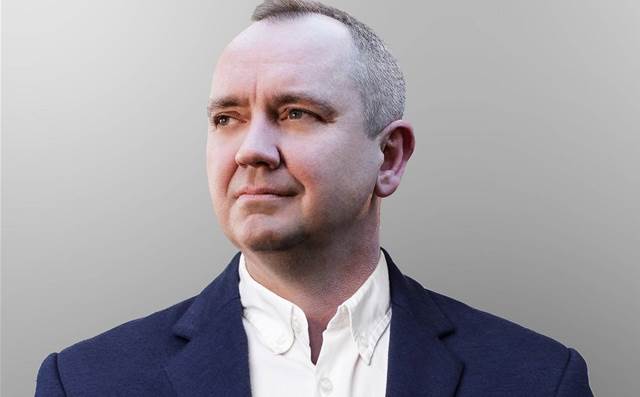 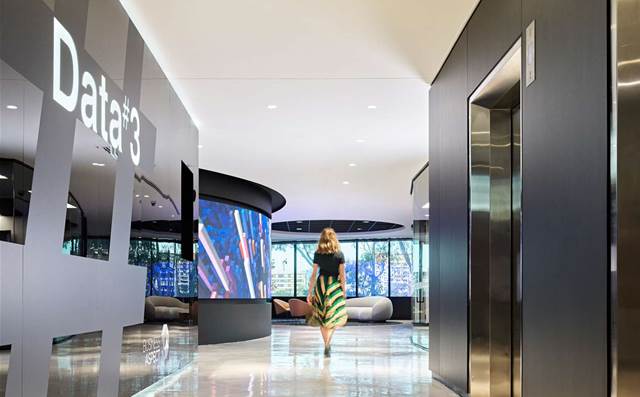 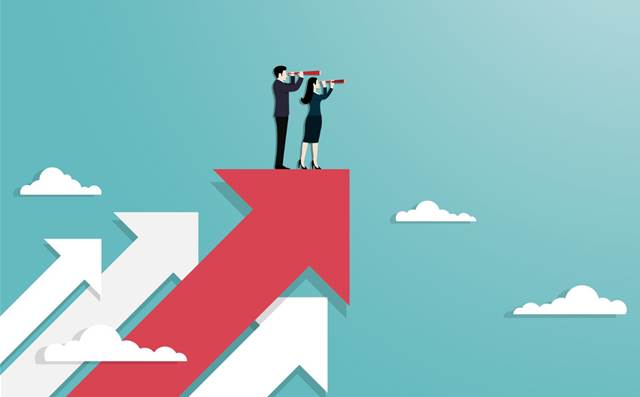