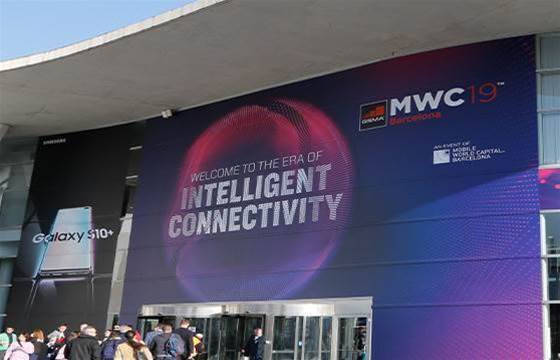 With Samsung doing its big device launch last week, Mobile World Congress this year isn’t seeing announcements from its biggest name. But plenty of other major players are making news at MWC 2019 in Barcelona—including Microsoft, LG, Lenovo, Huawei and Sony. There's an array of new smartphones debuting at Mobile World Congress—including a foldable phone from Huawei to rival Samsung's Galaxy Fold—along with other notable devices such as Microsoft's HoloLens 2 mixed-reality headset and refreshed Lenovo ThinkPads.

What follows are nine hot new devices launched at MWC 2019. At Mobile World Congress 2019, Microsoft announced the successor to its HoloLens mixed-reality headset, which was first introduced in 2016. The HoloLens 2 offers a number of enhancements including more than doubling the field of view (while keeping density of 47 pixels per degree of sight) and adding eye-tracking, so that the device knows where users are looking.

The headset also features improvements to comfort, including a more balanced centre of gravity and an easier method for putting on the device without having to readjust it. Additionally, the HoloLens 2 offers iris recognition log-in through Windows Hello. In a blog post, Microsoft touted mixed-reality applications for businesses such as Dynamics 365 Remote Assist, Dynamics 365 Layout and new Dynamics 365 Guides applications.

"Building on the unique capabilities of the original HoloLens, HoloLens 2 is the ultimate intelligent edge device," wrote Julia White, corporate vice president for Microsoft Azure, in the blog post. "And when coupled with existing and new Azure services, HoloLens 2 becomes even more capable, right out of the box.” Microsoft said the HoloLens 2 will be available this year for US$3500. 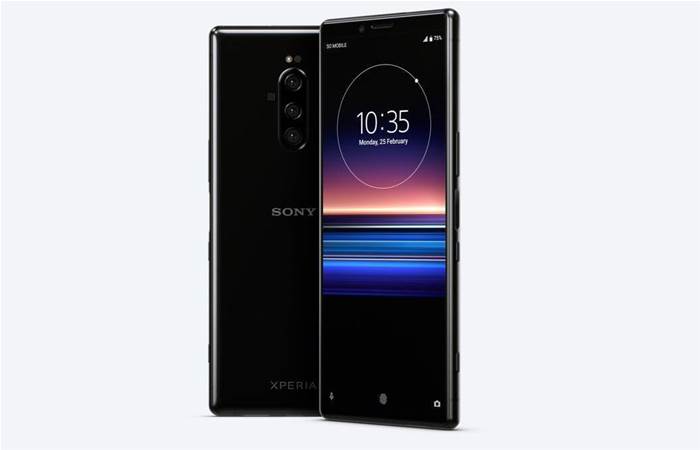 Like Huawei, Sony is also taking an unusual design approach with its new smartphone unveiling at MWC 2019. The Sony Xperia 1 will feature an ultra-tall display—or ultra-wide if you're holding it horizontally—thanks to a 21:9 aspect ratio for its 6.5-inch display. (That is akin to taking the iPhone XS Max's screen space and stretching it out.) The display itself features 4K resolution and vibrant OLED screen technology, and the display is HDR-capable. Other key features include three rear cameras, a speaker system powered by Dolby Atmos and the Qualcomm Snapdragon 855 processor (the same chip used in the Samsung Galaxy S10).

Sony did not disclose pricing for the Xperia 1, which is scheduled to be available in the spring. LG is using MWC 2019 to debut its newest flagship, the G8 ThinQ, that has some quirky features of its own. The 6.1-inch OLED smartphone includes a feature that LG is calling "Air Motion" commands, which lets you wave your hand to perform functions such as answering calls, increasing the volume and snoozing an alarm. Users can also log in using a scan of their palm as a new form of biometric authentication. Additionally, LG says the display on the G8 ThinQ is actually also the phone's speaker, which the company says helps to provide clearer, more-immersive sound. LG did not disclose pricing and availability for the G8 ThinQ. LG isn't looking to miss out on the move to 5G, with the announcement of the 5G-capable V50 ThinQ at MWC 2019. The V50 ThinQ serves as an update to last fall's LG V40, offering a 6.4-inch OLED display and three rear cameras. Along with adding support for 5G, the V50 ThinQ also introduces a "Dual Screen" accessory to help the phone compete with foldable smartphones from Samsung and Huawei. The accessory is a 6.2-inch OLED display that can attach to the V50 ThinQ for using multiple applications at once. LG did not disclose pricing and availability for the V50 ThinQ. Lenovo is doing a major product rollout at MWC 2019, starting with a refresh to its popular T-Series ThinkPads. The ThinkPad T490s and ThinkPad T490 will offer 14-inch displays with up to WQHD resolution and up to 500 nits of brightness, along with options for an integrated privacy screen (PrivacyGuard) and webcam cover (ThinkShutter). The T490s (pictured) is the most portable option at 2.81 pounds and 0.63 of an inch thick, compared to the T490, which weighs 3.23 pounds and measures 0.7 of an inch thick. A larger-screen model, the ThinkPad T590, will offer a 15.6-inch display with up to 4K/UHD resolution and up to 500 nits of brightness, discrete Nvidia GeForce MX250 graphics and the ThinkShutter webcam cover. With a weight of 3.87 pounds, the T590 is 11 percent lighter than its predecessor, Lenovo said. For Lenovo's X-Series ThinkPads, the company used MWC 2019 to update the ThinkPad X390 clamshell laptop and the ThinkPad X390 Yoga convertible (pictured). The notebooks both feature 13.3-inch FHD touch displays with up to 300 nits of brightness, though the X390 clamshell offers option for a non-touch, 400-nit display with the Privacy Guard integrated privacy screen. Other key features include a more-portable form factor for both notebooks—with 50-percent thinner bezels on the X390 and 16-percent thinner bezels on the X390 Yoga—along with the ThinkShutter webcam cover and a hybrid HD/IR camera. Aimed at on-the-go workers such as sales professionals, the ThinkVision M14 is a mobile display option that connects over USB-C. The device features a 14-inch FHD display with 300 nits of brightness, and it weighs just 1.3 pounds while measuring just 0.18 of an inch thick. The ThinkVision M14 also includes a stand that offers a highly adjustable tilt angle.

The Lenovo ThinkVision M14 is priced at US$249 and will be available starting in May. Following Microsoft's launch of Surface headphones last fall, Lenovo is getting into the headphones game as well, with the X1 ANC Headphones. The headphones offer "professional quality" noise cancellation and strong audio quality thanks to tuning by Dolby, according to Lenovo. The X1 headphones can connect over Bluetooth or USB-C, and offer features such as "smart voice pickup" for improved conference calls and quick-charging (a full charge in two hours). Lenovo didn't provide an estimate on battery life for the headphones.

The Lenovo X1 ANC Headphones are priced at US$149 and will be available starting in June.

With Samsung doing its big device launch last week, Mobile World Congress this year isn’t seeing announcements from its biggest name. But plenty of other major players are making news at MWC 2019 in Barcelona—including Microsoft, LG, Lenovo, Huawei and Sony. There's an array of new smartphones debuting at Mobile World Congress—including a foldable phone from Huawei to rival Samsung's Galaxy Fold—along with other notable devices such as Microsoft's HoloLens 2 mixed-reality headset and refreshed Lenovo ThinkPads.

What follows are nine hot new devices launched at MWC 2019. What you should know about Intel’s new CEO, Pat Gelsinger