The major news from Intel, AMD, Arm and more. 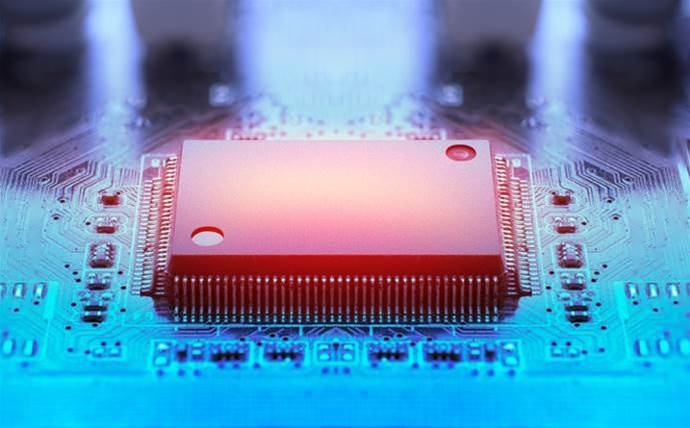 A disruptive year for the semiconductor industry

2020 was a pivotal year for the semiconductor industry, with major events happening for Intel, AMD and Nvidia, three companies that have an outsize impact in the IT world.

All three companies announced or closed major, multibillion-dollar M&A deals while also releasing new processors and shifting their product strategies. And while AMD continued to gain market share against Intel in the x86 processor market, Arm emerged as a bigger threat than ever before in both the PC and data center markets, thanks to customers like Apple and Amazon Web Services.

In a sign of how disruptive 2020 was for the semiconductor market, the biggest news event of the year happened in the final days of December—something that could significantly change Intel’s future.

These were the 10 top semiconductor news stories of 2020. 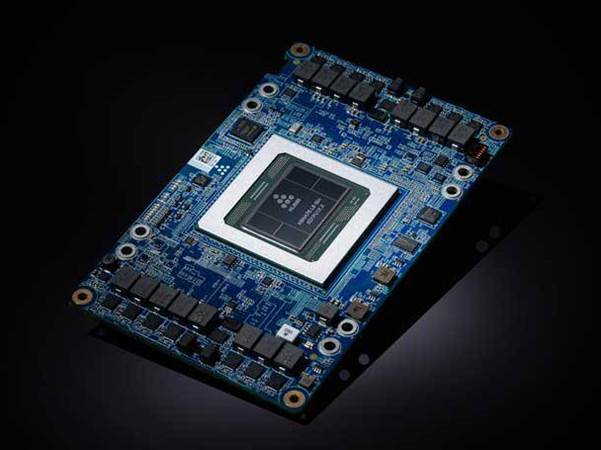 In a major pivot for its artificial intelligence product road map, Intel said in late January that it would end work on its Nervana neural network processors to focus on the AI chip technology it gained with the company‘s $2 billion acquisition of Habana Labs in late 2019.

At the time, the company said it had ended development of its Nervana NNP-T training chips and would deliver on current customer commitments for its Nervana NNP-I inference chips so that it can move forward with Habana Labs’ Gaudi and Goya processors in their place.

Prior to the announcement, analysts had questioned whether Intel would move forward with Nervana after the chipmaker announced its acquisition of Habana Labs in mid-December.

The Habana Labs deal was only announced a little over a month after Intel in November 2019 revealed more details of its Nervana chips, which were meant to compete with Nvidia‘s growing footprint of GPUs in the AI acceleration market.

Intel had been developing the Nervana chips since it acquired the namesake company, Nervana Systems, for a reported $408 million in 2016. Less than a month after Intel announced its pivot away from Nervana, Naveen Rao, co-founder of Nervana Systems and Intel‘s top AI executive, said he was stepping down. 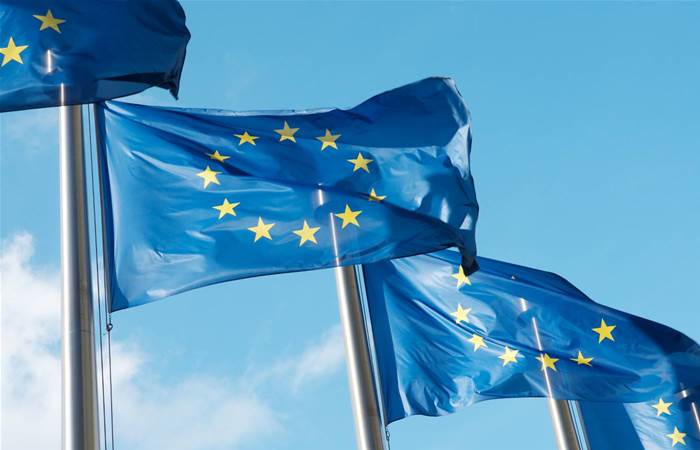 Continuing a legal saga that began more than 10 years ago, Intel made a new case against a fine worth US$1.2 billion it received from the European Union in 2009 for anti-competitive behavior against rival AMD.

The chipmaker laid out its case in a March re-hearing of the antitrust case at the European Union‘s General Court. The European Commission had fined Intel 1.06 billion euros in 2009 for giving what the regulatory body said were illegal rebates to OEMs Acer, Dell, Hewlett-Packard, Lenovo and NEC as well as German retail group Media Saturn Holdings on the condition that they buy most of their processors from Intel.

That, the European Commission said, effectively blocked AMD from competing. In the General Court hearing in March, Intel lawyer Daniel Beard challenged the European Commission‘s findings, saying the regulatory body didn’t get it right with its economic analysis of whether the rebates to OEMs were anti-competitive. 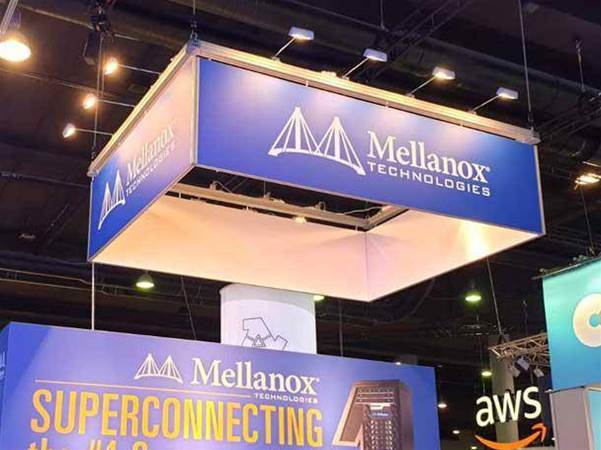 Nvidia took another step toward becoming a “data center-scale company” with the closing of its US$7 billion acquisition of Mellanox Technologies in April. Shortly after the acquisition closed, Nvidia co-founder and CEO Jensen Huang said Mellanox—which provides high-speed interconnects and network interface cards, among other types of networking components—will make the chipmaker a central player in the shift from hyperconverged infrastructure to a new kind of data centre architecture, called accelerated-disaggregated infrastructure, that is necessary to support AI workloads.

Several months after the acquisition closed, Nvidia introduced a new product, the BlueField-2X data processing unit, which integrates a Mellanox ConnectX-6 SmartNIC, an Nvidia Ampere GPU and a mix of Arm processor cores to offload critical data center workloads from the CPU.

Prior to the acquisition, Nvidia had already been using Mellanox’s InfiniBand interconnects for its DGX AI systems. 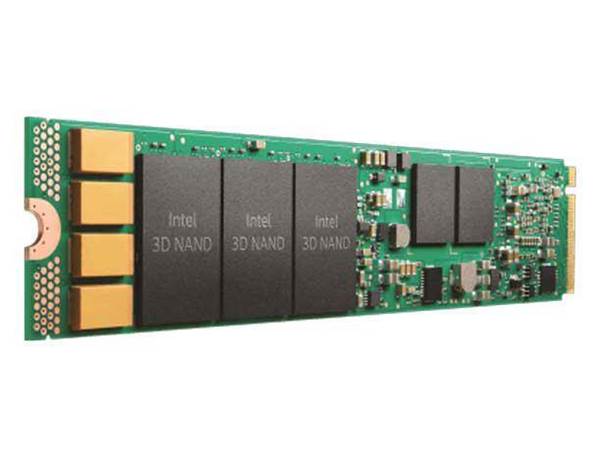 Intel is getting out of a significant part of the SSD market with its plan to sell its NAND memory and storage business to South Korean chipmaker SK Hynix. The $9 billion deal was announced in October and means that Intel will eventually stop selling NAND SSDs for PCs and servers.

However, the chipmaker said it will retain its Optane memory business and continue to invest in products in that area, including Optane Persistent Memory and Optane SSDs. Under the deal, Intel will sell SK Hynix its NAND SSD business, NAND component and wafer business and NAND memory manufacturing plant in Dalian, China, but the transfer of assets and employees won’t happen all at once, with the complete deal expected to close by March 2025.

In a December presentation, Intel executive Rob Crooke explained the rationale for Intel selling the NAND business while retaining Optane: “NAND needs greater scale to go after the world‘s insatiable appetite for more data, and Optane needs platform-connected solutions to focus on faster insights on that data.” 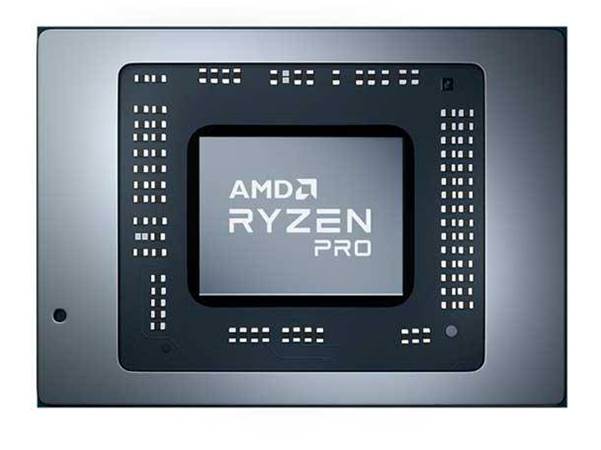 The competition between Intel and AMD in the laptop processor space reached a new level in 2020 with big launches from both companies.

Earlier in the year, AMD launched its Ryzen 4000 series, which consists of processors for gaming laptops, ultrathin laptops and ultrathin commercial laptops.

Then in September, Intel launched its 11th-generation Core processors, code-named Tiger Lake, which the chipmaker said are faster than AMD’s Ryzen 4000 processors across multiple measurements.

AMD made its largest play yet to become “the industry’s high-performance computing leader” with its deal to acquire programmable chipmaker Xilinx for US$35 billion.

The deal, announced in October, will give the chipmaker new ways to compete with its largest rivals, Intel and Nvidia, between Xilinx’s FPGA-based accelerator cards, FPGA-based SmartNICs and other products based on field-programmable gate array technology.

The Xilinx acquisition, which is expected to close in late 2021, is also expected to give AMD a larger footprint in markets where the company previously didn’t have much presence, like telecom, edge, industrial and networking.

In an interview with CRN published in December, AMD CEO Lisa Su said Xilinx’s FPGA technology will be very complementary to the chipmaker’s CPUs and GPUs to support the increasing demand for heterogenous compute environments. “That’s really beneficial when algorithms are still not yet fully defined, and it allows for the ability to adapt in the data center market to new workloads,” she said. 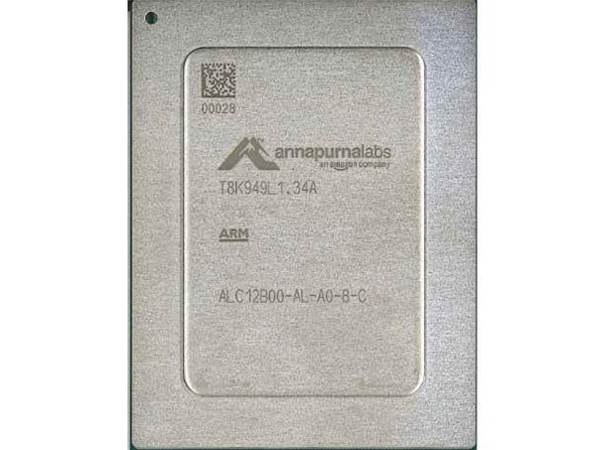 While Intel is facing greater competition from AMD, both companies are facing another threat: the rising prominence of Arm-based processors in PCs and servers.

This became evident in 2020 as Amazon Web Services, Apple and Microsoft all began a shift to making their own processors using licensed IP from Arm, a company whose designs already dominate the smartphone market.

AWS is the furthest along, having launched EC2, C6g and R6g cloud instances running its Arm-based Graviton2 processors, which the company said can deliver 40 percent better price-performance over x86-based EC2 C5 instances.

In the fall, Apple revealed new Mac computers running its new Arm-based M1 processors, which the company said can outperform competing processors by up to two times.

Most recently, Bloomberg reported that Microsoft is working on its own Arm-based chips for Azure servers and Surface PCs. Arm is also enabling the emergence of new stand-alone semiconductor companies like Ampere Computing, which is led by former Intel executive Renee James and says its 80-core Altra processor can provide better performance than Intel and AMD CPUs. 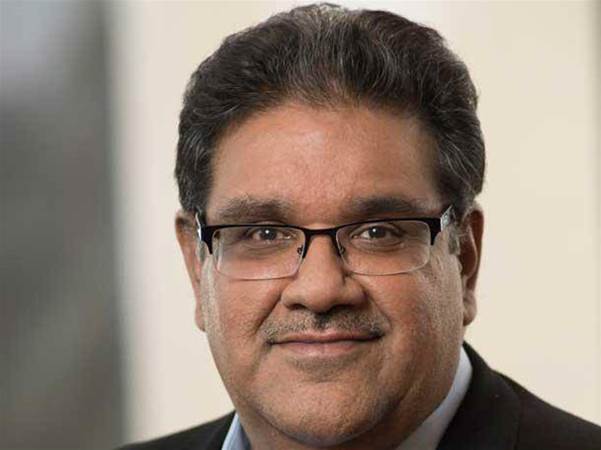 After experiencing years of manufacturing issues with 10-nanometer processors, Intel revealed in July that it had identified a defect in the manufacturing process for its next-generation, 7nm products.

The disclosure came less than a year after Intel released its first 10nm processors for volume, which only happened after years of delays. The company said the defect put the 7nm process 12 months behind schedule and is expected to cause a six-month delay in the launch of 7nm products as a result, with its first 7nm product, a client CPU, now expected to arrive in late 2022 or early 2023. 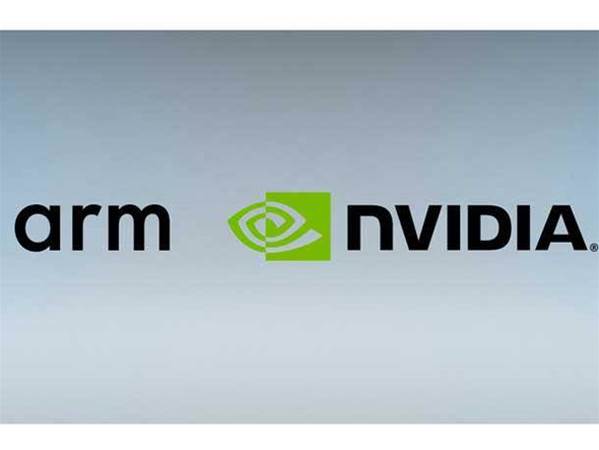 Nvidia announced its intent to shake up the semiconductor industry in September with its plan to acquire British chip designer Arm for $40 billion from its current owner, SoftBank Group.

The deal, which is expected to close in 2022, would give Nvidia control over the intellectual property that is in most of the world’s smartphones while also giving it access to CPU designs for PCs and servers.

Nvidia said it intends to maintain Arm’s open-licensing model and global customer neutrality, which would allow Arm to continue to license IP to Nvidia rivals Intel and AMD as well as other significant customers, like Apple and Amazon Web Services.

The deal is expected to help Nvidia CEO Jensen Huang achieve his goal of turning the chipmaker into a “data center-scale computing” company, with the ability to make and tightly integrate its own CPUs, GPUs and networking components. 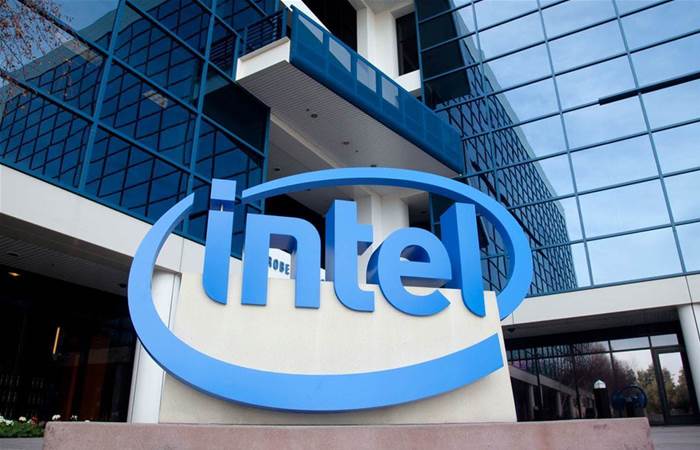 New York-based hedge fund Third Point said in late December that it gained a “significant stake” in Intel and is calling for big changes at the semiconductor company.

In a letter sent to Intel’s board of directors, Third Point said Intel should explore selling its manufacturing operations and “failed acquisitions” to combat declining market share and customers making their own chips.

The firm said it would like to discuss privately “other specific issues” and is confident its “specific recommendations” will be welcomed by the board and other shareholders.

If Third Point sensed “reluctance” by Intel consider its recommendations, the firm said it would likely submit nominees for Intel’s board at the company’s 2021 Annual Meeting. Intel’s stock price went up more than 4 percent after the letter was disclosed.

A disruptive year for the semiconductor industry

2020 was a pivotal year for the semiconductor industry, with major events happening for Intel, AMD and Nvidia, three companies that have an outsize impact in the IT world.

All three companies announced or closed major, multibillion-dollar M&A deals while also releasing new processors and shifting their product strategies. And while AMD continued to gain market share against Intel in the x86 processor market, Arm emerged as a bigger threat than ever before in both the PC and data center markets, thanks to customers like Apple and Amazon Web Services.

In a sign of how disruptive 2020 was for the semiconductor market, the biggest news event of the year happened in the final days of December—something that could significantly change Intel’s future.

These were the 10 top semiconductor news stories of 2020. 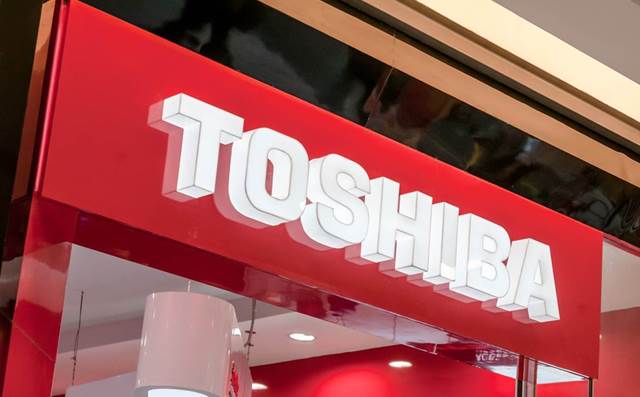 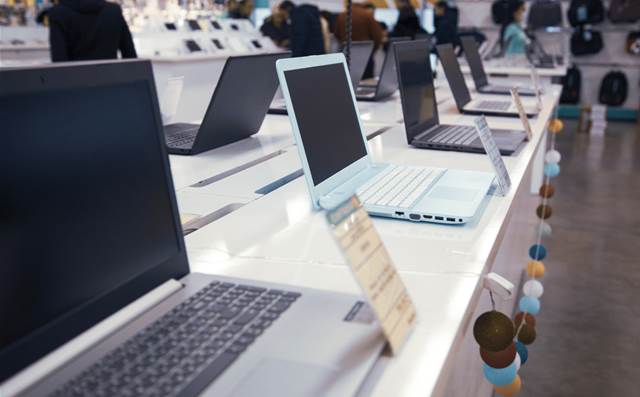 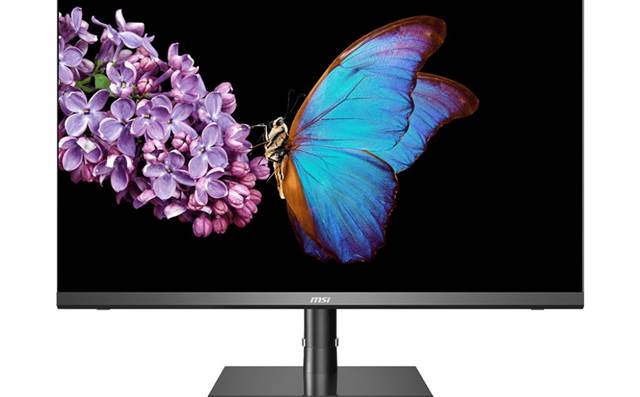