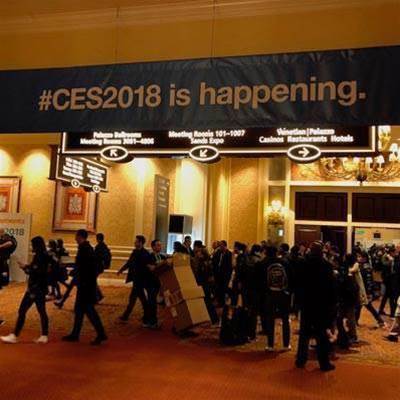 At CES 2018 in Las Vegas this week, many giants of the tech world are launching major new products that will set the tone for the coming year. Growing trends around artificial intelligence, virtual reality, and the Internet of Things are among the key themes at this year's CES - and product launches from companies including Intel, Samsung, Lenovo and HP are capitalising on those trends in groundbreaking ways.

What follows is a roundup of the 10 most important product announcements we've been following at CES 2018. 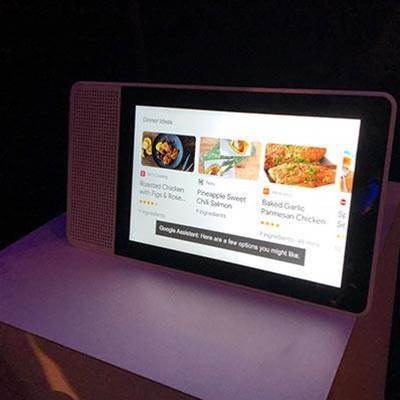 At CES 2017, device manufacturers and smart home companies were quick to show that their products were compatible with Amazon Alexa - but this year, CES companies' digital speaker announcements revolved around Google Assistant. 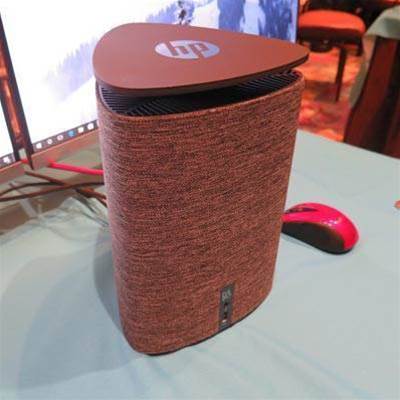 While Google Assistant has been a major focus at CES 2018, Amazon's Alexa assistant also continued to broaden its reach beyond smart speakers. HP Inc, Asus and Acer all debuted new PCs at CES that feature Alexa-powered voice control. HP said the new Pavilion Wave desktop (pictured) will allow users to control their music, alarms, smart-home devices, and more with their voice thanks to Alexa integration.

The Pavilion Wave also now features an LED light to show users when Alexa is listening. Meanwhile, Acer and Asus both said that support for Alexa is coming to a range of laptops, including certain Acer Aspire and Spin models and certain Asus ZenBook and VivoBook devices. Vuzix also used CES to showcase its Blade smart glasses, which are the first augmented-reality glasses to feature interactivity with Alexa. 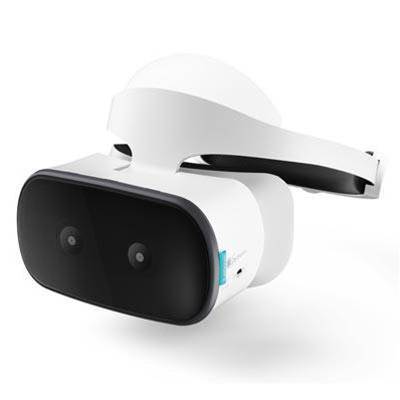 During CES 2018, Lenovo unveiled its Mirage Solo virtual-reality headset, the first stand-alone headset running Google Daydream. That means that unlike other Daydream headsets, the Mirage Solo won't need an Android smartphone to power it. The headset also doesn't require extra sensors or cords to track head movements, which is another differentiator from many other VR headsets.

For the display, the headset features a 5.5-inch LCD with QHD (2560 x 1440) resolution and an impressive 110-degree field of view. And for the processor, the Mirage Solo includes the same chip that powers many of the leading Android smartphones on the market - Qualcomm's Snapdragon 835. All in all, it's clear from the Mirage Solo that Lenovo is looking to become a serious player in the VR space. 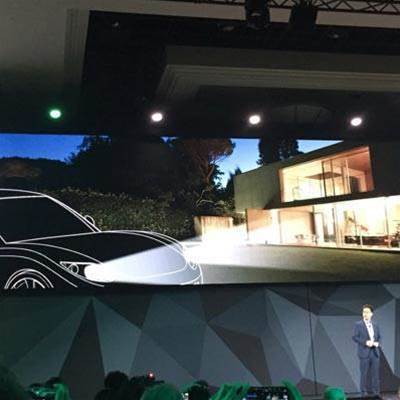 LG showed off its new smart platform and speaker, ThinQ, which the company said could power smart devices in the home from refrigerators, TVs and washing machines.

The ThingQ is Google Assistant-powered and features artificial intelligence at its core – so smart home products can better understand their user's behavior and base their actions on these behaviors. The lineup of ThinQ compatible smart home products include LG OLED and LG Super UHD TVs, which can do anything from ordering an Uber to ordering a pizza when triggered by voice command. 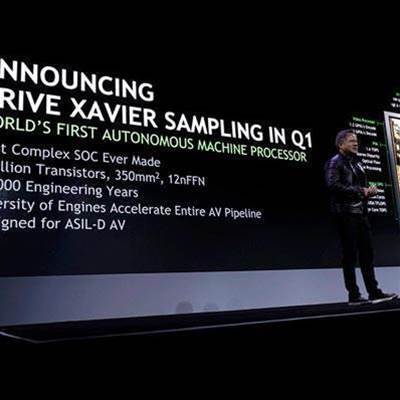 Nvidia showed off its new autonomous machine processors, dubbed Drive Xavier, at CES. The Drive Xavier, which is for manufacturers trying to build self-driving cars, packs 9 billion transistors and an eight-core CPU, coupled with a 356-core Nvidia Volta GPU. The processor also features technology targeted toward deep learning, computer vision and 8k video processing. Nvidia said that the first samples of Xavier will hit the market in the first quarter of 2018. 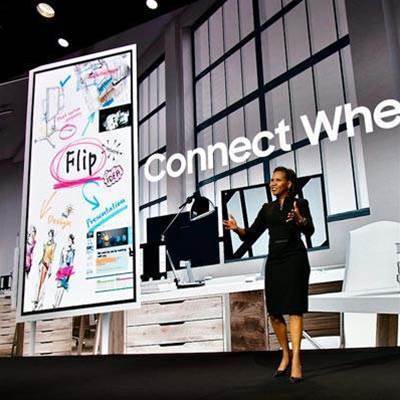 At CES 2018, Samsung entered the red-hot market for large-format interactive conferencing displays with the Samsung Flip. The Flip - which Samsung vice president Alanna Cotton (pictured) described as a digital whiteboard aimed at improved workplace collaboration - will compete with products such as the Microsoft Surface Hub, Cisco Spark Board, and Google Jamboard.

One differentiator is the ability to use the 55-inch Samsung Flip either in the typical landscape mode or flipped to stand up in portrait mode. Samsung said the display can be used as a digital flipchart for colleagues to use for drawing and writing notes, either with a digital pen or their finger. The Samsung Flip also comes with screen-sharing capabilities so that team members can remotely take part in meetings where the Flip is in use. 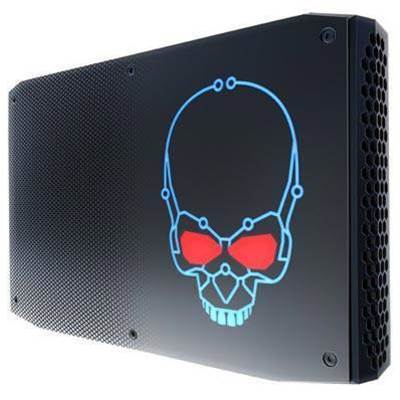 At CES this week, Intel took the wraps off its newest version of NUC, a "Next Unit of Computing" mini PC kit that system builders can use for digital signage, media centers and kiosks. The NUC, code-named Hades Canyon, also features AMD Radeon RX Vega M graphics. Intel's newest NUC, which it said would be on the market in the spring for an undisclosed price, is the smallest virtual reality-capable system ever made. 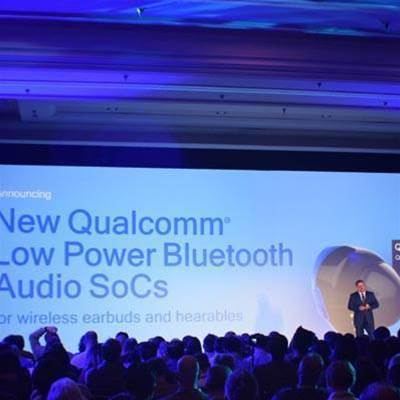 Qualcomm debuted a Bluetooth SoC for wireless audio devices, or "hearables," at CES. The chip company said that its new SoC, the QCC5100 series, would reduce power consumption and increase processing power in wireless earbuds and headsets. The SoC has an array of attractive features, including Bluetooth 5 dual-mode radio, noise cancellation technology and low-power audio systems.

The announcement comes as more vendors showed off hearing technology – including ear-to-ear translation earbuds and noise-cancelling wireless earbuds – at CES. 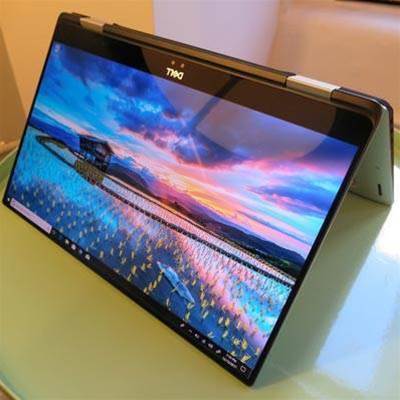 PC maker Dell used CES 2018 to unveil a huge launch of new laptops - across both its XPS and Latitude lines, and including both clamshell and 2-in-1 form factors. Dell announced the first 2-in-1 version of the XPS 15, which includes a thinner body, a foldable 15.6-inch UHD display, and major processing power from Intel CPUs that are integrated with AMD graphics. 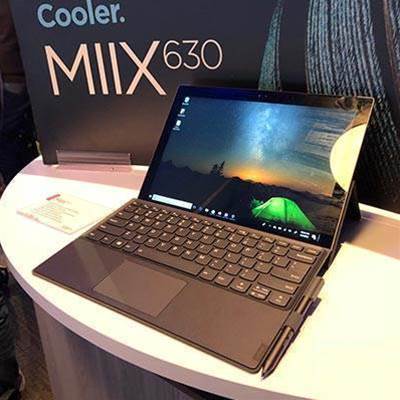 HP Inc and Asus recently announced the first-ever Windows 10 devices running an ARM processor - and at CES 2018, Lenovo followed suit with the Miix 630. The 12.3-inch tablet is a 2-in-1 that uses the Qualcomm Snapdragon 835 chip. Using this ARM chip which brings advantages around extending battery life (the tablet will get up to 20 hours on a charge) and enabling LTE connectivity at fast speeds.

The Miix 630 runs Windows 10 S out of the box, although free upgrades to Windows 10 Pro are being offered. In addition, the tablet comes with a detachable backlit keyboard and the Lenovo Pen.

At CES 2018 in Las Vegas this week, many giants of the tech world are launching major new products that will set the tone for the coming year. Growing trends around artificial intelligence, virtual reality, and the Internet of Things are among the key themes at this year's CES - and product launches from companies including Intel, Samsung, Lenovo and HP are capitalising on those trends in groundbreaking ways.

What follows is a roundup of the 10 most important product announcements we've been following at CES 2018. 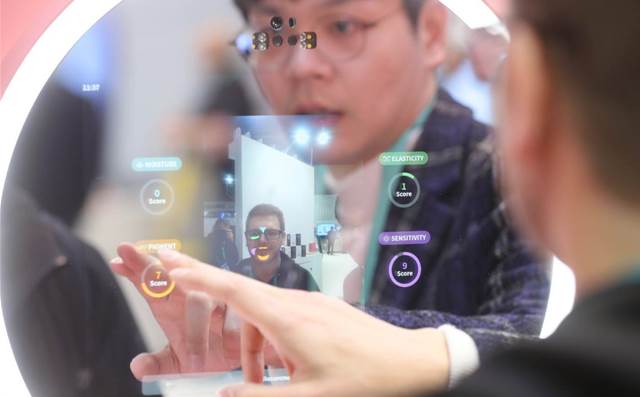 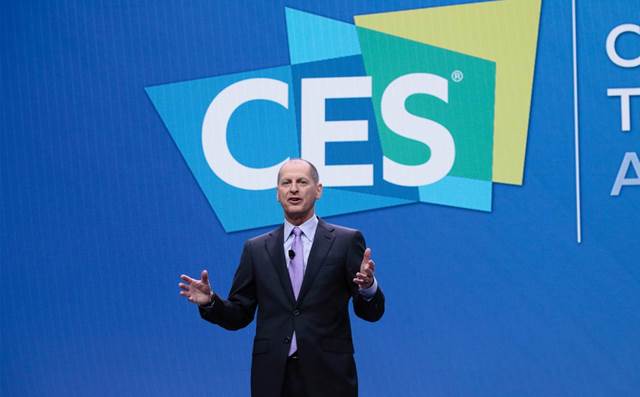