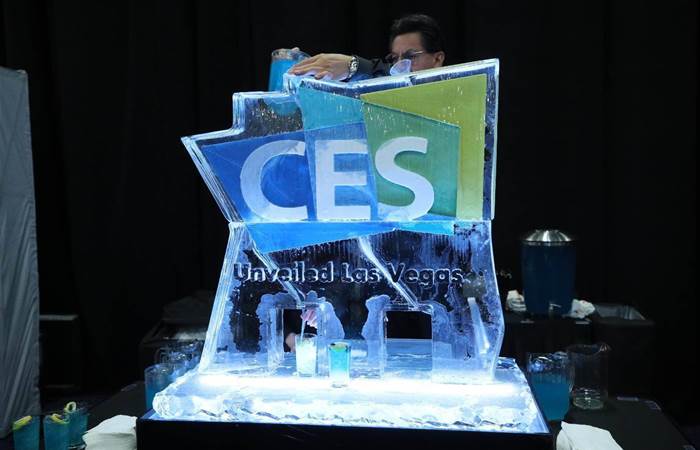 Shaking up the tech industry

CES this week is offering a glimpse into where many tech industry giants are focusing in 2019, with an array of innovative new products unveiled at the Las Vegas tech convention. Major trends on showcase at CES 2019 include artificial intelligence, voice assistants, robotics and 5G, as well as advances in areas such as business products and high-performance processors. Product launches from Samsung, Intel, HP, Dell and Lenovo have been among the highlights of the show so far.

What follows is a roundup of the 10 most important CES 2019 announcements and new products we've been following. 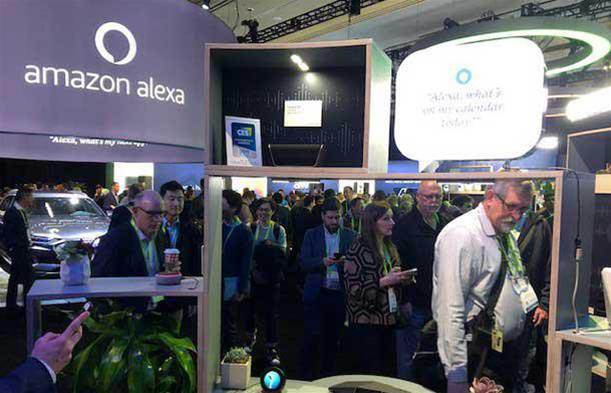 Judging by the products on showcase at CES in Las Vegas, 2019 is the year that voice assistants truly branch out beyond smart speakers and smartphones. Amazon Alexa and Google Assistant had a major presence at CES, both at their own sizable booths and around the show floor. Amazon's Alexa booth, for instance, showed off a wide array of products spanning work and home, from appliances and smart home devices to PCs, printers and conferencing gear.

In terms of major vendor announcements, Lenovo used CES to unveil a Google Assistant-powered Smart Clock along with the Smart Tab, a 10-inch Android tablet that has Alexa built in. Jabra launched a pair of high-end noise-cancelling headphones, the Elite 85h, that can work with Amazon Alexa, Google Assistant or Apple's Siri. Both Samsung and LG announced that many of their 2019 TVs will be controllable using Alexa, as well as Google Assistant. Meanwhile, Alexa voice control is also coming to automobiles thanks to iOttie's updated Easy One Touch smartphone mount, which features Alexa built in. 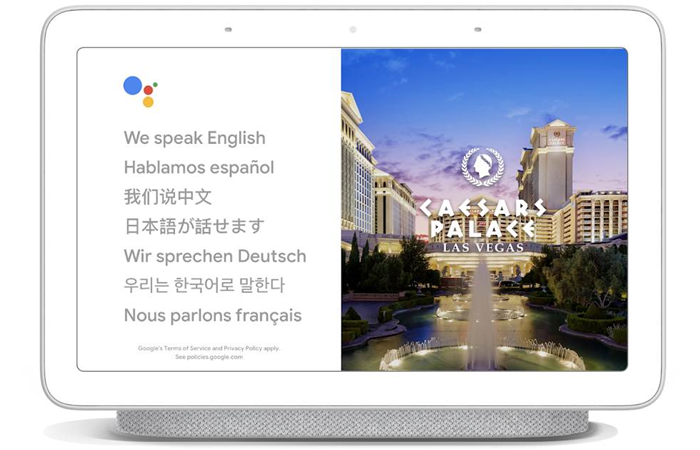 Google Assistant received substantial updates at CES with multiple announcements, including a new platform for building Assistant-based devices, a new language translation mode and the ability to use Assistant on Google Maps.

Google Assistant Connect is a new platform for device manufacturers that aims to make it easy and affordable to implement Assistant into connected devices. The company will share more information on the platform later this year.

Google Assistant's Interpreter Mode can assist in translating conversations in dozens of languages by simply asking the assistant, "Hey Google, be my French interpreter.” Lastly, Google Maps will now use Assistant to enable voice commands for things like searching for places along your route, adding a new stop or opening a route back home. 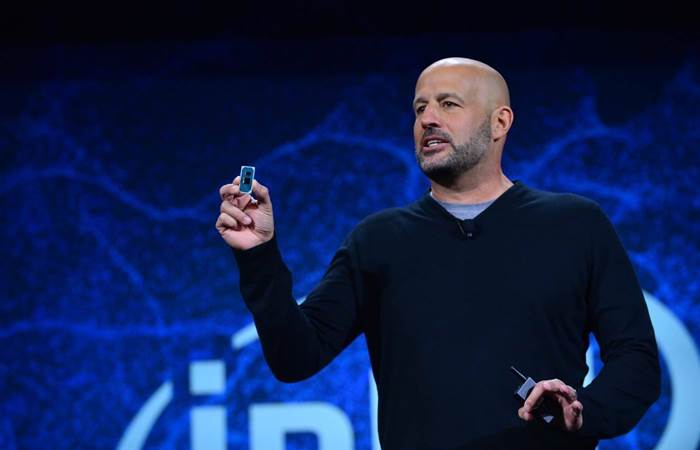 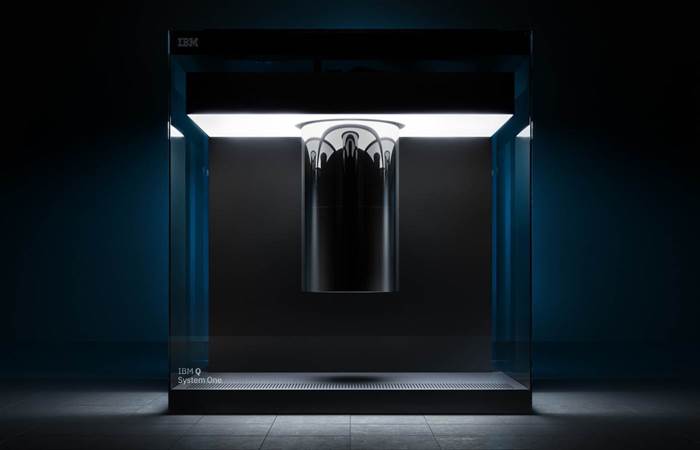 IBM unveiled its first integrated quantum computer for commercial and scientific use, called the IBM Q System One. The quantum system is designed to solve complex problems that traditional systems cannot, including new ways to create financial models and logistics routes.

The company called the IBM Q System One the "most advanced cloud-based quantum computing program available," with hardware that provides repeatable and predictable high-quality quantum bits, also known as qubits. The system will be available through the cloud-based IBM Q Experience, which has run more than 6.7 million experiments since May 2016. 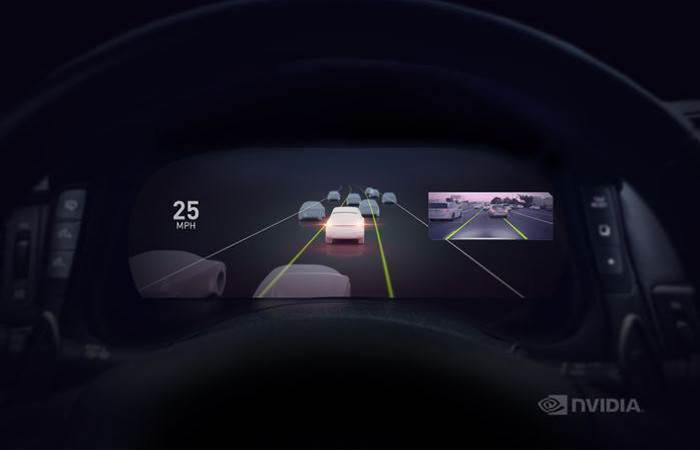 At the beginning of the week, Nvidia unveiled what it said is the world's first commercially available driving system for supervised autonomous vehicles.

Automotive suppliers Continental and ZF are building their own Nvidia Drive-based solutions, which are expected to begin production in 2020. 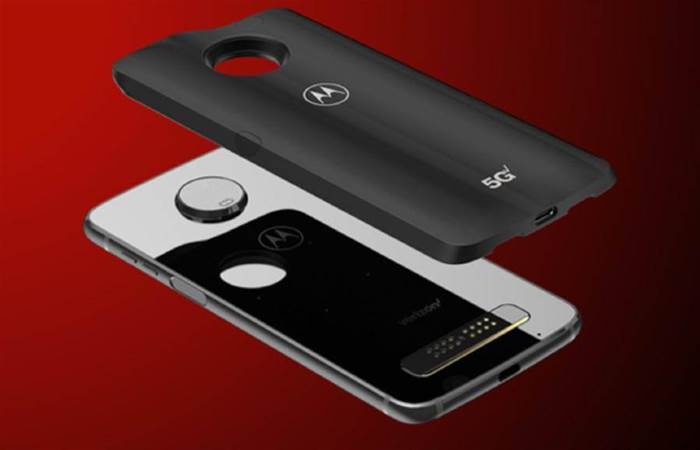 Verizon revealed Monday that its first 5G smartphone will be the Motorola Moto Z3 that launched last year. Because of the phone's modular nature, a 5G Moto Mod coming out later this year will allow the phone to use Verizon's 5G network, according to The Verge.

Samsung during its conference said that it will release 5G smartphones in the first half of 2019. 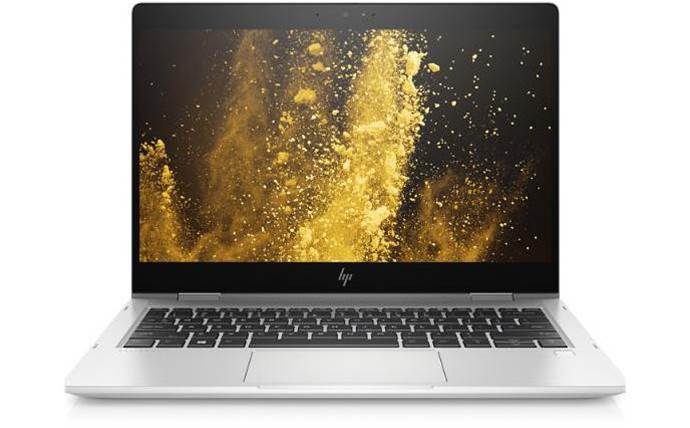 Dell, meanwhile, launched the Latitude 7400 2-in-1—which stands out from past Latitude releases with a brushed aluminium body, a nearly edge-to-edge display design and up to 24 hours of battery life on a charge. Also at CES 2019, Lenovo debuted refreshed models to its ThinkPad X1 Carbon notebook, which now offers a 4K/UHD resolution model and comes with an integrated privacy screen option, as well as the ThinkPad X1 Yoga, which now features a 17-percent reduced footprint thanks to slimmer display bezels and a thinner form factor. 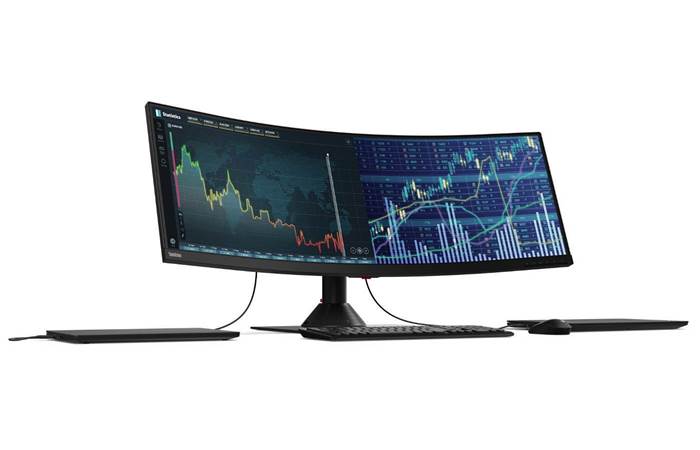 Judging by the number of CES announcements, 2019 may be the year when the PC monitor—usually a ho-hum product category—heats up a bit. Ultra-wide monitors for business power users were one theme, with Lenovo launching a 43.4-inch curved ThinkVision P44W monitor and LG showcasing an even bigger display, the UltraWide Monitor 49WL95. Meanwhile, Samsung showed off its new Samsung Space Monitor, a highly adjustable 27-inch display that can be pushed back and stored flat against a wall when not in use. Also at CES 2019, Dell showed off its new UltraSharp 27 USB-C Monitor U2719DC (pictured), a 27-inch QHD monitor with USB-C connectivity and a display that measures just 0.25 of an inch thick. And HP unveiled the EliteDisplay E243p Sure View Monitor, which features an adjustable 23.8-inch display that offers improved privacy in open workspaces with HP's Sure View integrated privacy screen. 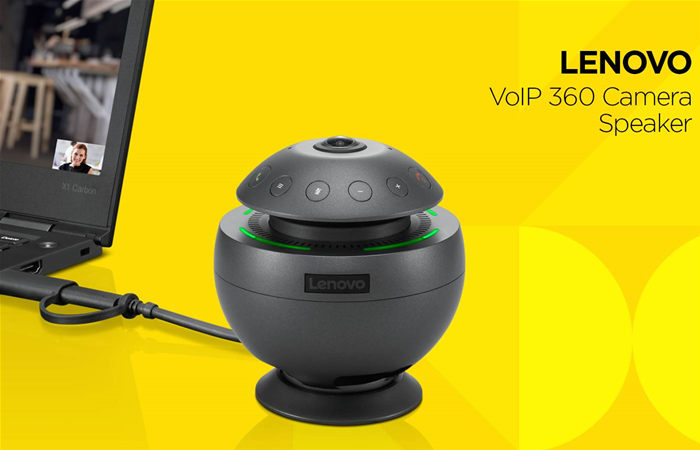 Along with PCs and monitors for businesses, major vendors used CES 2019 to introduce innovations in the realm of workplace collaboration.

Lenovo's new VoIP 360 Camera Speaker (pictured) aims to enable videoconferencing for small meetings or for users who are on the go, with acoustic echo cancellation, reduced background noise, 360-degree videoconferencing and a compact form factor.

Jabra introduced its Elite 85h headphones featuring six microphones for improved calls and up to 32 hours of battery life.

Lume Cube announced the Lume Cube AIR VC, a compact portable light that offers 1000 lumens worth of brightness for a more vibrant picture during videoconferencing.

And Dell announced that the refreshed XPS 13 for 2019 will finally move the notebook's webcam from beneath the display to a position centred above the display for an improved angle during videoconferencing. 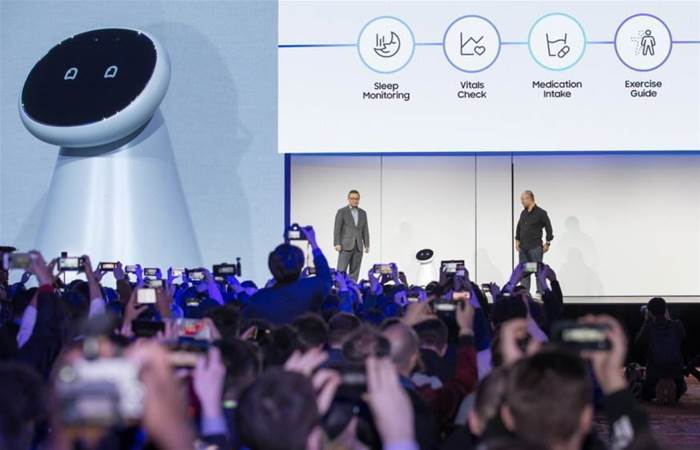 Where is AI going next? For Samsung, the time has come to bring AI into robotics. During CES 2019, Samsung disclosed that it's working on robots for home care (Samsung Bot Care), retail (Samsung Bot Retail) and air quality monitoring (Samsung Bot Air).

The Samsung Bot Care robot (pictured) came out for a quick demo during Samsung's CES news conference, and the company showed how the robot can take vital signs such as blood pressure and heart rate by having an individual place his or her finger on a sensor on the robot.

Other potential uses for Samsung Bot Care could include sleep monitoring, exercise guidance, music therapy and remote management for parents, Samsung said. While the company didn't disclose details on where the robots are at in terms of development—suggesting that commercial uses are a ways off—the announcement still marked a potential new area of focus for the electronics giant.

Shaking up the tech industry

CES this week is offering a glimpse into where many tech industry giants are focusing in 2019, with an array of innovative new products unveiled at the Las Vegas tech convention. Major trends on showcase at CES 2019 include artificial intelligence, voice assistants, robotics and 5G, as well as advances in areas such as business products and high-performance processors. Product launches from Samsung, Intel, HP, Dell and Lenovo have been among the highlights of the show so far.

What follows is a roundup of the 10 most important CES 2019 announcements and new products we've been following. 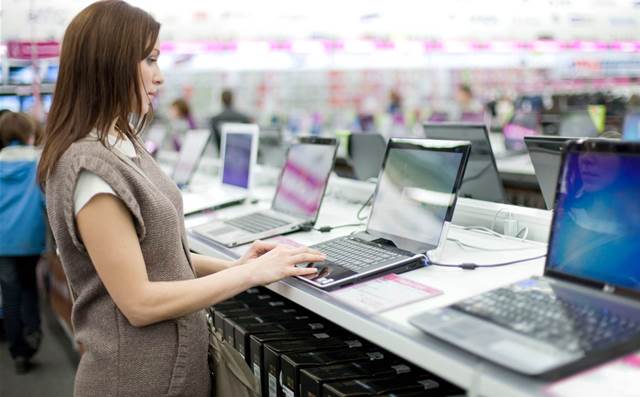 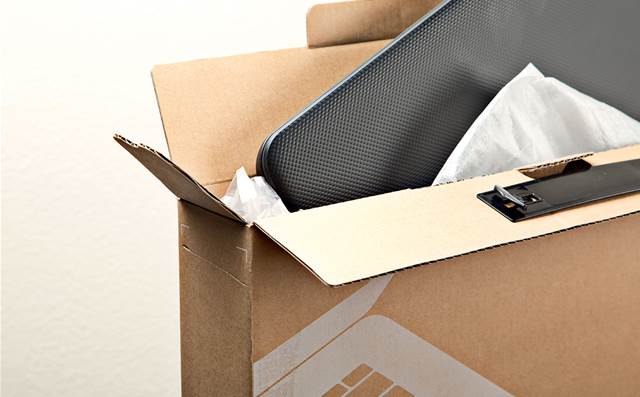 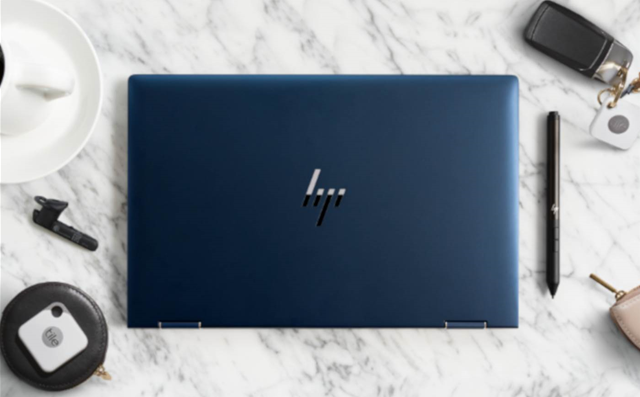