As the first quarter of the year wraps up. 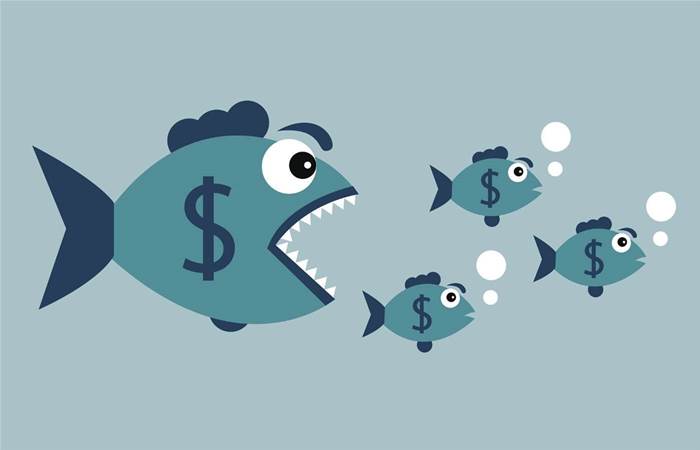 After a busy 2020, the IT channel remains a force for industry consolidation as we go into 2021.

With the first quarter of the year drawing to a close, we revisit the top mergers and acquisitions in the Australian and global IT channel. 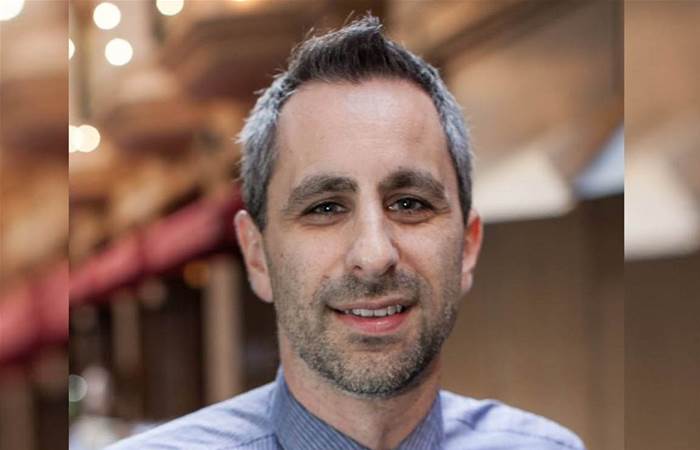 First Focus said at the time the deal would shore up its expertise in service desk solutions, strategic consulting and recruitment services. The arrangement marks First Focus' second major acquisition, after it bought Flexnet last year.

First Focus chief executive Ross Sardi said Ordyss would act as the group’s government and enterprise specialists. The combined company had 220 total staff at the time of publication. 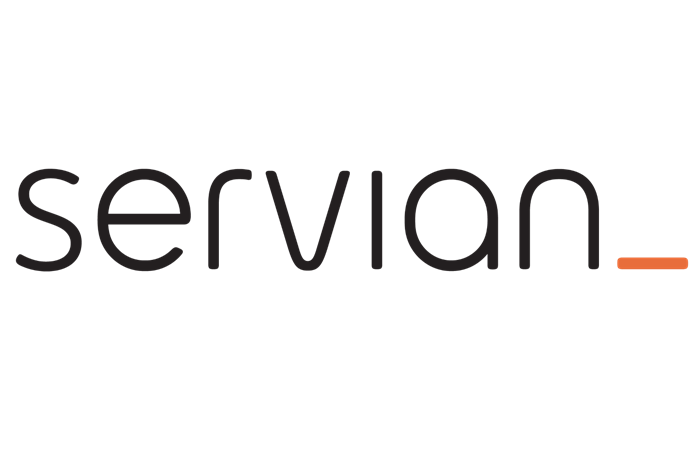 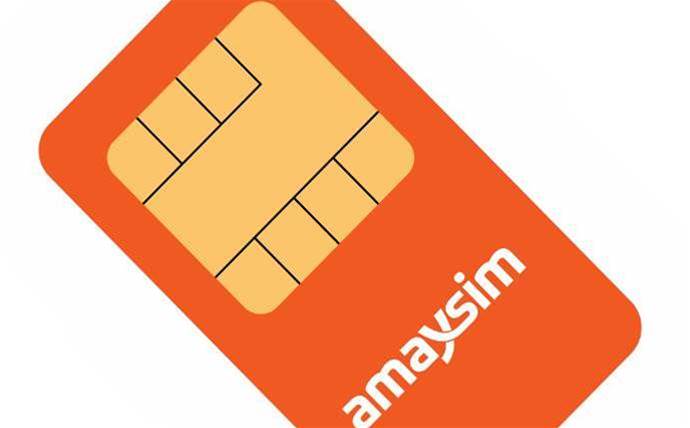 The deal closed after all conditions precedent to the acquisition were met, the telco said in a statement. The MVNO’s shareholders approved the sale last week which was the last hurdle for the two companies to seal the deal.

Optus said Amaysim would remain a standalone brand under its ownership. 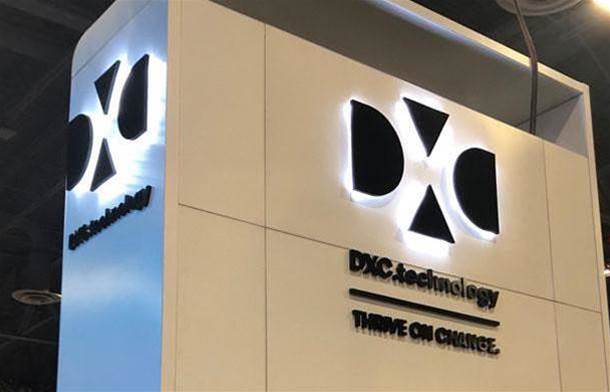 DXC Technology announced it has rejected a US$10 billion acquisition offer from French integrator Atos.

The global systems integrator said the offer was “determined to be inadequate and lacking certainty”. 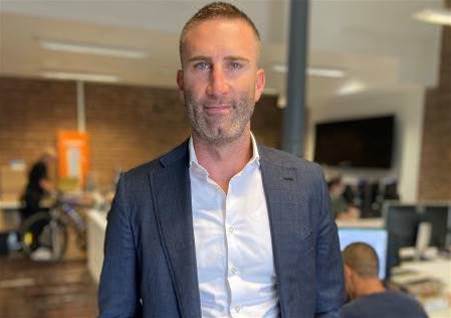 BMS has been servicing the region for more than 30 years and, with this acquisition, its Wollongong office and 30 employees will add to EFEX’s 16 existing locations.

The current directors of BMS, Shaun Minogue and Jenny Balzarano, will be transitioning into the EFEX leadership team.

This expands EFEX’s serviceable market into what it describes as the ‘growth area’ of South West Sydney. OneSaas is an infrastructure platform that normalises data from across marketplaces, point-of-sale, fulfilment, and other categories of ecommerce platforms for consumption by QuickBook Commerce.

Based in Sydney, OneSaas was founded in 2010 by current chief technology officer Corneliu Tusnea and has been an Intuit partner and part of the QuickBooks App Store since 2014. 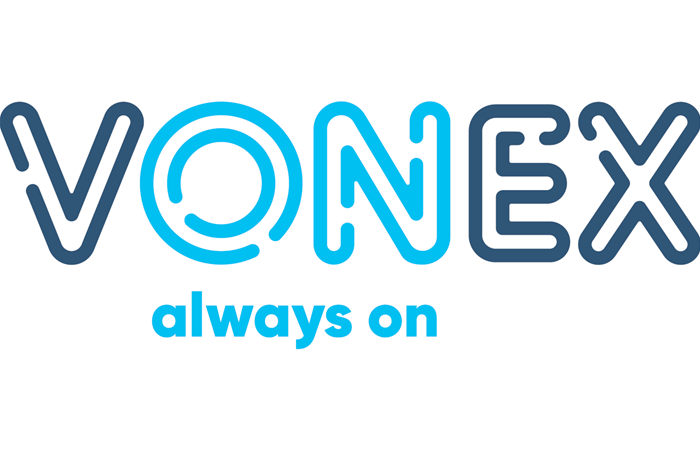 Vonex first announced the acquisition on 18 December 2020, with the total consideration set at $1.58 million.

Vonex said acquiring Nextel would allow for cross-selling and product expansion opportunities, while also growing its own customer base, carrier relationships and its New South Wales presence. 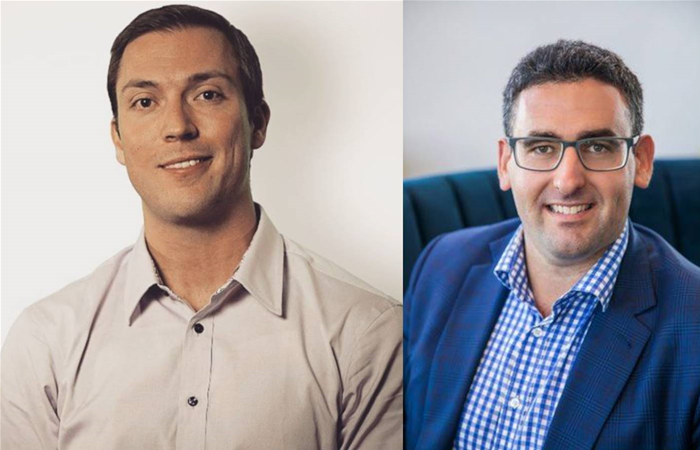 The merger brings together a combined 23 years experience in cyber security solutions, including managing threats and providing protected IT solutions.

Answers IT’s Brendan Gibson and Inspired Tech’s Leon Black brought their businesses together to combine their different skill sets to address the increasing IT risks of conducting business. 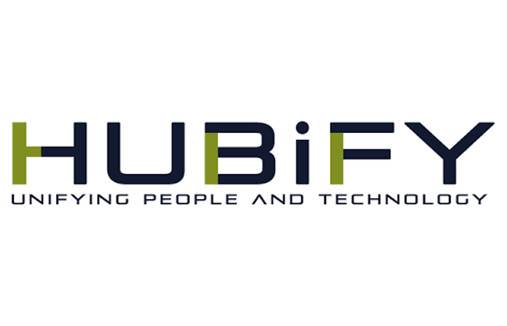 In its ASX announcement, Hubify said the deal brings in 203 small and medium business customers with an annual recurring revenue of $4900 each, a total of over $1 million.

The acquisition also expanded the company’s presence into Queensland and its support services through Nethoster’s overseas operations.

Nethoster is a provider of data, voice, mobility and managed services to business customers predominantly in Queensland and northern New South Wales. The company will remain an independent entity following the transferral of the customer database on 26 February. 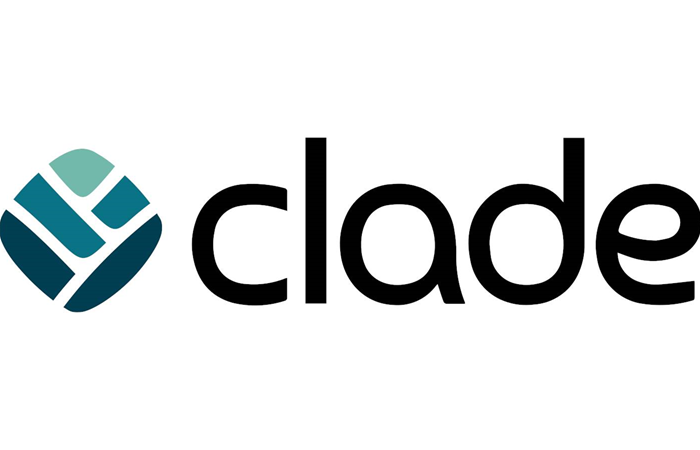 The deal came five months after Clade bought a 50 percent stake in Simient in September 2020. 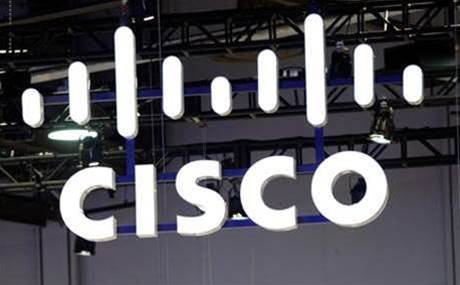 After a tumultuous two months, Cisco Systems is now the owner of Acacia Communications Inc., after a majority of Acacia’s shareholders approved the deal.

The networking giant announced that it completed its US$4.5 billion Acacia acquisition on Monday after inking a new deal with Acacia in January. Together, Cisco said that Acacia’s technology will strengthen its innovation capabilities across software, silicon and optics, and enhance Cisco’s “Internet for the Future” strategy.

Cisco first announced plans to buy Acacia Communications for US$70 per share in cash in a US$2.6 billion deal on a fully diluted basis in July 2019.

Acacia in January opted to end the agreement, saying Cisco failed to get approval from the Chinese government’s State Administration for Market Regulation before the termination deadline, which was 8 January 2021. 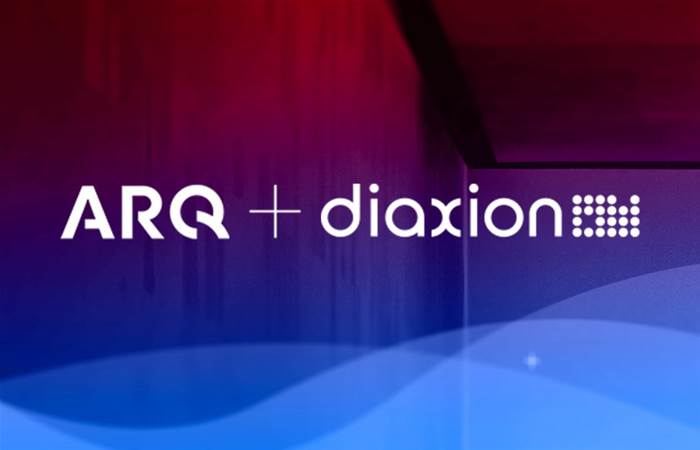 The deal bolsters Arq’s capabilities in advisory, government digital strategy and transformation as well as its footprint in Canberra through Diaxion’s experience and connections with Government departments.

Arq claimed the merged company would be the only Australian full-service tech, data and digital consultancy, as it now can offer in-house advisory capabilities and bolstered professional services through Diaxion. 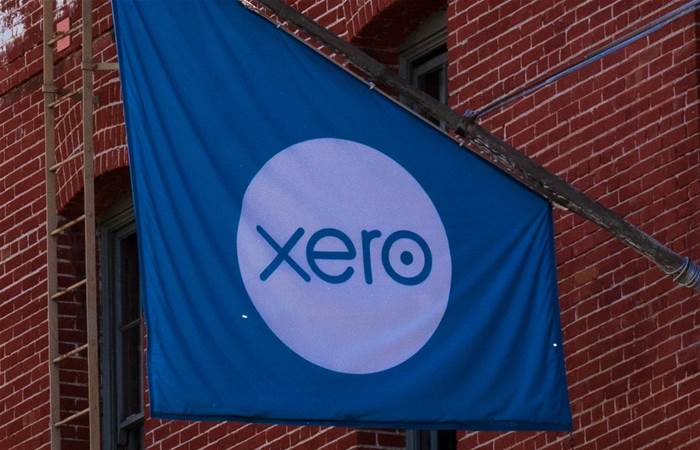 Planday’s platform helps deliver a real-time view of staffing needs and payroll costs, alongside key business performance metrics. It integrates with Xero and other accounting software, as well as third-party workforce-related apps. 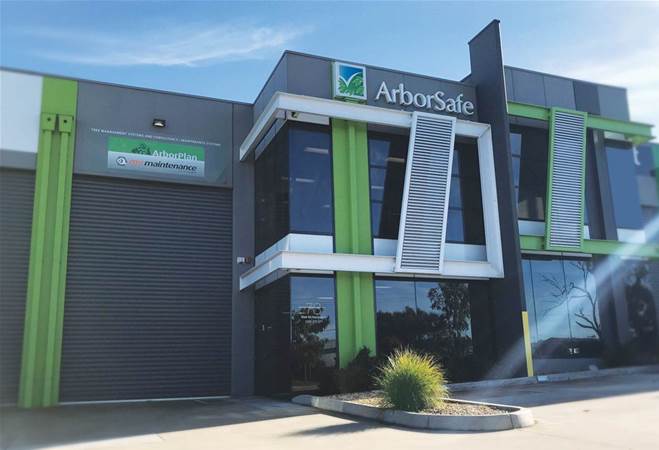 With over a million trees assessed in Australia, ArborSafe’s tree consultancy and management solutions ArborPlan and ArborSite were developed over its 15 years in operation. 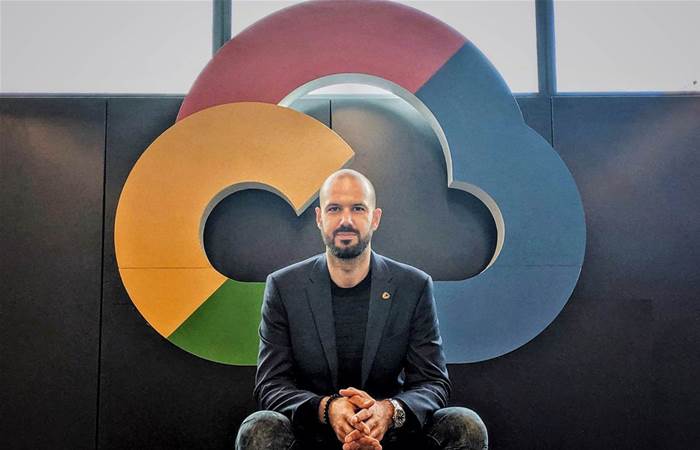 The deal extended itGenius’ reach into more small and medium-sized businesses across Australia, according to the company. Alcami was founded by chief executive Jane Bianchini in 2014 and provides an on-demand video interviewing platform.

As a result of the acquisition, Alcami will offer Criteria’s solutions to its customers across APAC. Criteria plans to fully integrate the companies in 2022. 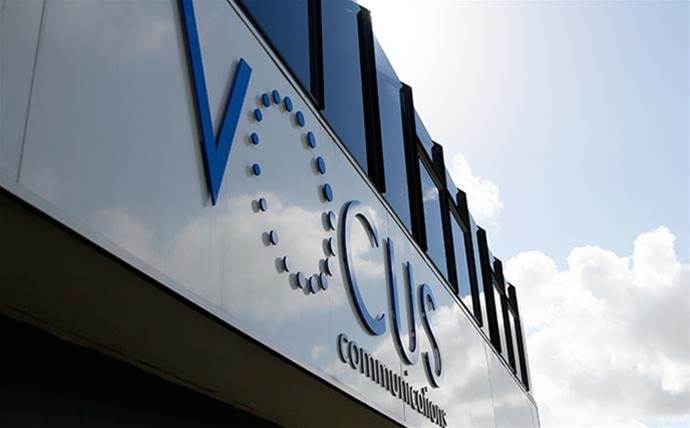 Vocus to be acquired for $3.5 billion by MIRA-Aware Super consortium

Telecommunications company Vocus agreed to be acquired by a consortium of Macquarie Infrastructure and Real Assets (MIRA) and Aware Super for $3.5 billion.

The decision came one month after MIRA first approached Vocus with an indicative and non-binding proposal for $5.50 per share. Aware Super joined the consortium a few weeks later.

Vocus’ board unanimously recommended that shareholders vote in favour of the acquisition unless a superior offer is made. The scheme meeting is set for sometime in June this year and the transaction is expected to close by July. Bluechip Infotech announced it has merged with fellow distributor DNA Connect to form what it called a new “powerhouse” distributor in Australia.

“The merger positions both companies to be stronger and accelerate the growth by providing more solutions to a wider combination of channel partners and segments,” Bluechip Infotech managing director Johnson Hsiung said. 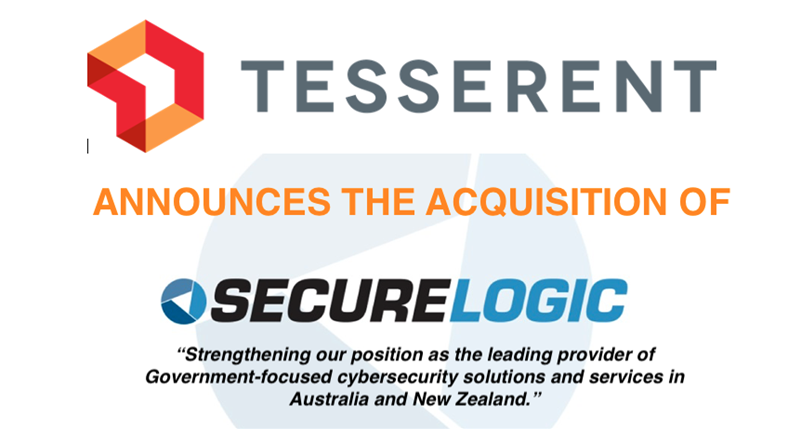 The deal will bolster Tesserent’s Government division and provide access to a 24x7 security operations centre in Sydney.

Secure Logic has existing relationships with the New South Wales Government and a number of Federal Government departments and agencies. It also has some international and domestic corporate and financial institutions as customers. 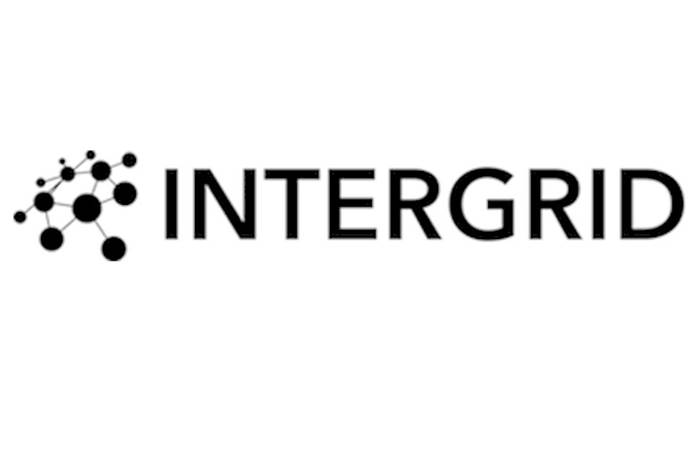 Based in Sydney, Intergrid specialises in bare metal servers, or dedicated hardware that hosts only a single tenant at a time. It also offers cloud servers, colocation, IP transit and other services, and has operations in seven major cities across Australia and New Zealand.

5GN said the acquisition would “further strengthen” its wholesale cloud offerings, with its customers and partners now able to avail of bare metal servers.

The company added that assets acquired from Intergrid would also accelerate its infrastructure rollout to Australian data centres, which is expected to complete later this year.

Spirit Technology Solutions put its consumer broadband business on the market as it shifts focus to business customers.

Spirit’s consumer business involves broadband services to customers in large residential apartment buildings across Melbourne, Brisbane and the Gold Coast. It covers 97 buildings and some 18,000 connections.

The divestment is part of Spirit’s shift to focus on the business market, ranging from SME to large enterprises, specialising in security, cloud and IT services. Two of the world’s largest IT distributors joined forces to create a USUS$57 billion giant with more than 150,000 customers and 22,000 employees.

The proposed USUS$7.2 billion merger of publicly traded Synnex and private equity owned Tech Data will be led by Tech Data CEO Rich Hume, (pictured) with Synnex President and CEO Dennis Polk serving as executive chair of the company’s board. The combined company will be 55 percent owned by Synnex shareholders and 45 percent owned by Apollo Global management, which bought Tech Data for USUS$5.4 billion in June 2020.

“This is transformational for Tech Data, Synnex and the entire technology ecosystem,” Hume said in a statement. “Together, we will be able to offer our customers and vendors exceptional reach, efficiency and expertise, redefining the experience and value they receive.”

After a busy 2020, the IT channel remains a force for industry consolidation as we go into 2021.

With the first quarter of the year drawing to a close, we revisit the top mergers and acquisitions in the Australian and global IT channel. 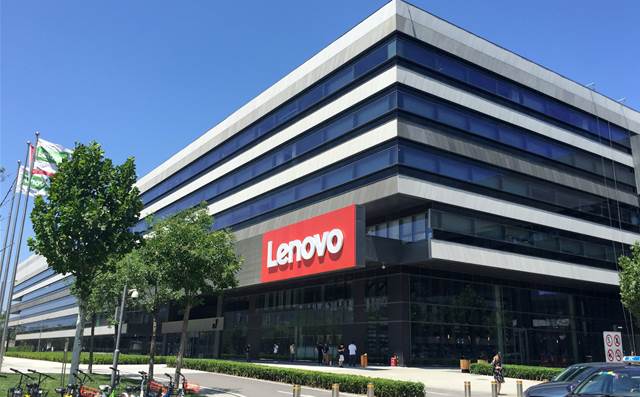 What Lenovo has planned for the coming year 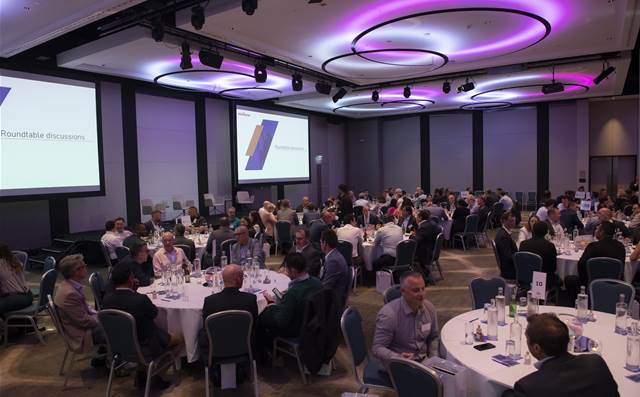 Who was spotted at CRN Kickstarter 2021?