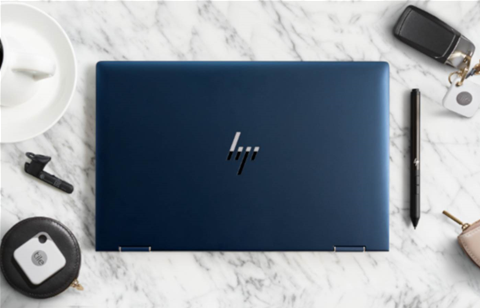 If the product launches at CES are any indication, 2020 is shaping up to be a huge year in the laptop arena. Major PC vendors have been busy launching new notebooks at CES 2020 in Las Vegas this week, and a number of them go beyond than the typical iterative update.

For instance, at least four laptops unveiled so far at CES will support high-speed 5G connectivity, suggesting that the expected breakout year ahead for 5G will be about more than just smartphones. Meanwhile, several newly announced laptops come with novel features--with one notebook offering a foldable design, and others supporting artificially intelligent capabilities and advanced tracking technology (in the event of a misplaced device). Vendors that have launched laptops grabbing our attention at CES this week have included Lenovo, Dell Technologies, HP Inc. and LG.

We've rounded the 10 most innovative laptops debuting at CES 2020. 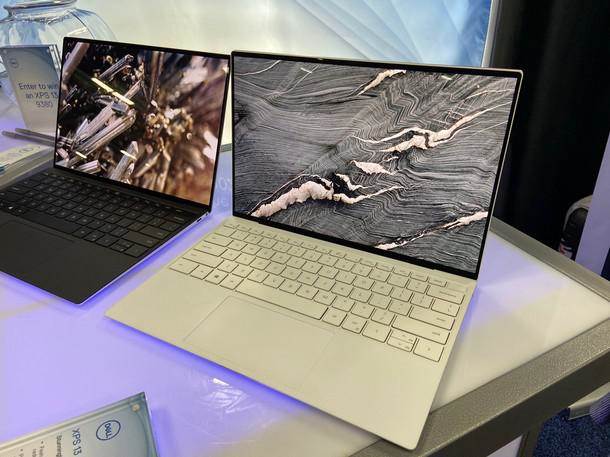 Dell will be showcasing its latest XPS 13 refresh at CES 2020, with a number of improvements in the design. The new XPS 13 features even smaller bezels around the "InfinityEdge" display, particularly when it comes to the bottom bezel, allowing for an impressive screen-to-body ratio of 91.5 percent.

The display size is also a bit larger now at 13.4 inches, and the aspect ratio has been switched to 16:10 for a larger workspace area on the screen. Additionally, the display is now 25 percent brighter, and the body is made from a combination of machined aluminum, carbon fiber and woven-glass fiber. Other hardware elements have gotten an upgrade as well, with deeper keys and a 17-percent larger touchpad on the new XPS 13, and the notebook moves up to 10th-generation Intel Core processors for enhanced performance. At CES, Dell Technologies is also unveiling its new Latitude 9510 notebook, available both as a 2-in-1 or a clamshell model. The notebook will include a 15-inch display with FHD resolution and slim bezels around the InfinityEdge screen. The clamshell version has a starting weight of 1.45kg, while the convertible model starts at 1.49kg. The Latitude 9510 also features a thickness of just 1.7cm.​

On battery life, the notebook is seeking to stand out with up to 30 hours of battery life on a charge (with an optional six-cell, 88 WHr battery).​ The Latitude 9510 will offer advanced connectivity, Dell said, with support for both WiFi 6 and high-speed 5G mobile broadband. Dell is also emphasizing the use of artificial intelligence with the Latitude 9510; key AI-powered features include ExpressResponse, which assesses user preferences and taps machine learning (with Intel Adaptix technology) to more quickly launch frequently used applications while also boosting application performance overall.​ While HP Inc. just launched its Elite Dragonfly convertible this past fall, the company already has the next-generation version in the works, the company announced in connection with CES 2020.​ The Elite Dragonfly G2 continues to feature a 13.3-inch display with FHD or UHD/4K resolution, but adds an option to include HP's new Sure View Reflect integrated privacy screen, which offers enhanced privacy. The notebook is expected to be one of the first laptops to support high-speed 5G connectivity, with an option for including the Qualcomm Snapdragon X55 modem. Meanwhile, Tile tracking technology is coming as a built-in feature to laptops for the first time with the Elite Dragonfly G2, making it easier to track down the location of a lost notebook. On performance, the laptop will move up to Intel's latest processors, with 10th-generation Intel Core processors available, offering up to six cores. HP is also using CES 2020 to announce a refresh for its Spectre x360 15 convertible. Updates include a 60-percent reduction in the top and bottom bezels around the display, for a screen-to-body ratio of 90 percent. The 15.6-inch OLED display features 4K resolution and a 30-percent wider color gamut range, HP said. The new Spectre x360 15 also includes 10th-gen Intel Core processors along with Nvidia GeForce graphics, as well as up to 17 hours of battery life on a charge. For security, the notebook includes a "webcam kill switch" as well as a fingerprint reader.

The new HP Spectre x360 15 is planned for release in March. Lenovo is aiming to pioneer a new category of devices with the ThinkPad X1 Fold, which the company is touting as the "world's first foldable PC."​ The X1 Fold can be used fully open as a tablet in portrait orientation, or it can be used in landscape mode with an included Bluetooth-connected keyboard, the Mini Fold Keyboard (which is stored and charged inside the device when closed).​

While the device will initially run a standard version of Windows 10, it will be offered with Windows 10X—which is optimised for dual-display devices—at a later date, Lenovo said. The X1 Fold will be powered by an Intel Core processor and will also have an option for high-speed 5G connectivity. Meanwhile, the device will be highly portable with a weight of just 1kg (with the folio cover). ​

Lenovo's ThinkPad X1 Fold is planned for release in mid-2020. The starting price is expected to be US$2499. The pricing includes the Mini Fold Keyboard and Active Pen stylus.​ Last year, Lenovo launched a new notebook brand, the ThinkBook, with key attributes of the business-focused ThinkPad line combined with a more consumer-friendly design aesthetic. At CES, Lenovo is showcasing the next evolution of the series with a brand-new model, the ThinkBook Plus.

The notebook differentiates with the inclusion of 10.8-inch E Ink display on the top cover--which can be used for taking notes or sketching with a digital stylus, as well as for getting emails and notifications. For the main display, the ThinkBook Plus features a 13.3-inch FHD screen with 300 nits of brightness, while the notebook's chassis is made from anodized aluminum. The ThinkBook Plus offers 10th-gen Intel Core processors, up to Core i7—and remains highly portable with a starting weight of 3.08 pounds and a thickness of 1.72cm.

The Lenovo ThinkBook Plus is planned for release in March. Ever-popular with business users, the ThinkPad X1 Carbon is getting improvements for its eighth-generation model including a new display option. The new option for the 14-inch display will offer 500 nits of brightness, an FHD touch screen and the Privacy Guard integrated privacy screen. Lenovo is providing several other choices for the display as well, among them a 500-nit 4K non-touch screen.

The eighth-gen X1 Carbon will also offer an enhanced keyboard, with the inclusion of keys for unified communications, along with 10th-generation Intel Core processors, Dolby Atmos speakers and up to 18.5 hours of battery life. Meanwhile, the ThinkPad X1 Carbon will maintain its signature durability and portability, with a weight of 1kg and thickness of 1.47cm. For the convertible counterpart to the X1 Carbon, the ThinkPad X1 Yoga, Lenovo is also adding the new display option (500-nit FHD Privacy Guard screen) as well as the enhanced keyboard for the fifth-generation update. The forthcoming X1 Yoga will likewise offer a 500-nit 4K display option and 10th-gen Intel Core processors, with up to 15 hours of battery life on a charge. On portability, the fifth-gen X1 Yoga will weigh 1.3kg and measure 1.5cm thick, and it will sport the "Iron Gray" color that was introduced with last year's model. LG is showcasing its newest offerings in the Gram notebook series at CES 2020, with updated models in 14-inch, 14-inch 2-in-1, 15.6-inch and 17-inch sizes. The notebooks continue the Gram tradition of serving as lightweight but still-powerful laptops; the 17-inch model, in fact, weighs just 2.98 pounds—on par with the weight of some 13-inch notebooks—while the other models range from 1kg to 1.3kg. The new LG Gram notebooks don't sacrifice on performance, however, with 10th-gen Intel Core processors and an 80 WHr battery (in the 17-inch and 15.6-inch models) and 72 WHr in the other two models. The LG Gram 17 features WQXGA (2560 x 1600) on its IPS display, while the Gram 15, Gram 14 and Gram 2-in-1 offer FHD resolution.

LG hasn't announced pricing or a release date for the new Gram notebooks.