10 IT vendors defying the gloom 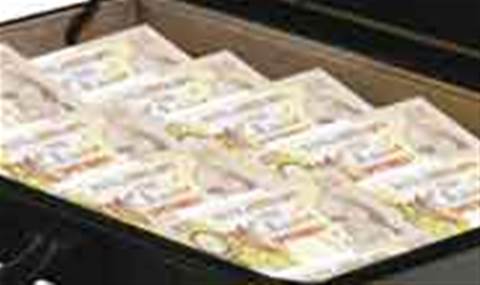 In these troubled economic times, most IT vendor financial reports are splattered with more red than a Tarantino film set.

But not all – below are 10 IT companies that bucked the trend by reporting an increase in adjusted net income in the fiscal quarter ending 31 December 2008 or as near as possible - the most recent financial quarter for which comprehensive information is available. Where audited figures are not available, preliminary results have been used.

Internet content expert Akamai Technologies saw its quarterly profits increase 13 per cent to $40m from $36m and revenue grow 16 per cent to $213m from the year before. Akamai is a content delivery provider (CDP) that hosts customer's online data at servers dotted around the world's major internet hubs in order to speed up response times for end users.

Online retailer of books, CDs, computer games and, well pretty much everything these days, Amazon.com appears to be riding out the downturn nicely. Net income was up 8.7 per cent to $225m from $207m in its final fiscal quarter of 2008. Net sales increased 18 per cent to $6.7bn from $5.7bn in the same period.

Enterprise management software specialist CA showed a healthy profit growth, with net income rising 31 per cent to $213m from $163m in the fourth quarter of 2007, despite the value of its sales falling slightly from $1.1bn to $1.04bn. A period of restructuring boosted profits, with a newly introduced focus on efficiency and cost controls helping to improve the company's operating margins.

IT giant IBM goes from strength to strength, hedging its bets by offering a near unrivalled mix of hardware, software and services to global customers. Net income was up 12 per cent to a whopping $4.4bn (£3.2bn) in the fourth quarter of 2008, from $4bn (£2.9bn) the year before. Revenue for the period was down six per cent to $27bn (£19bn), with the company blaming currency fluctuations for the majority of the shortfall.

Selling routers and other specialist network infrastructure products to telcos and internet service providers enabled Juniper Networks to grow its net income 7.8 per cent to $132m (£96m) from $123m (£89m) in the fourth quarter of 2007. Revenue grew 14 per cent to $923m (£669m) in the same period.

Desktop PC security certainly seems to be selling, with McAfee's profits representing the biggest increase of the IT companies mentioned here. Net income more than doubled, up 273 per cent to $45.4m in the final quarter of 2008, up from $12.2m in same quarter of 2007. Revenue also grew 19 per cent year on year to $424m.

Software-as-a-service (SaaS) looks like a definite growth industry. Salesforce.com, which has been offering SaaS since the start of the millennium, saw its profits for the quarter ended 31 January 2009 rise a healthy 86.4 per cent year on year, to $13.8m from $7.4m. Revenue from subscription and support, professional and other services also rose from $216m to $289m.

The successful business of online security is underlined by Verisign, which saw profits hit $38.8m – up from a net loss of $219m in the year-ago quarter. Total revenue grew from $247m to $222m in the same period. Verisign specialises in providing digital certificate security to support e-commerce operations using authentication and encryption technology, and also provides internet services such as naming and directory services to ISPs and telcos.

Further information on all company financials is available at the vendors' investor relations web pages or on the Standard & Poor 500 Companies Index.

Grow your software revenue by selling these 5 affordable, essential tools for the modern workplace
By Martin Courtney
Mar 16 2009
10:54AM