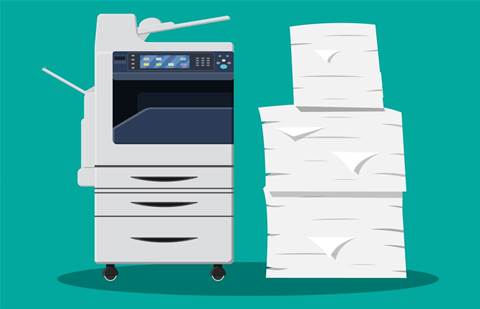 While the print industry has been no stranger to challenges in recent years, the arrival of the COVID-19 pandemic has altered the picture significantly. The impacts on the sector so far have ranged from a nosedive in office printing due to the widespread shift to work-from-home to the dissolution of Xerox's takeover bid for rival HP Inc. Sales of equipment and services opportunities, meanwhile, are likely on hold to a large degree. "Most offices are closed right now. There's a lot of dormant printing equipment left unused," said Keith Kmetz, program vice president for imaging, printing and document solutions at research firm IDC. "So we're probably not going to see a whole lot of new installations or replacements right now, even if it was time for a company to consider its equipment."

While no one can say how long the pause will last or exactly how the print industry will come out on the other side, the crisis is not without its opportunities for vendors and solution providers in the industry. Some contend that the broader adoption of work-from-home is creating new opportunities in the print market, with a greater importance placed upon printing in home offices. And once the economy reopens, print vendors are also poised to continue working to boost their hardware and supplies sales with revamped business models and innovations such as refillable cartridges and on-device apps.

As part of CRN's Printer Week 2020, we've rounded up 10 of the top printer industry trends to watch this year. 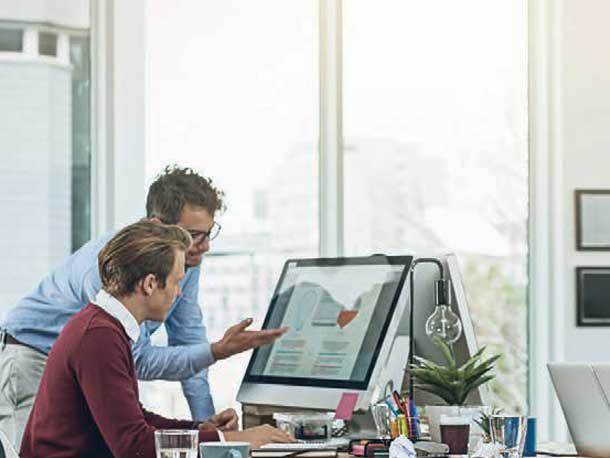 Around North America, printing in offices has ground to a halt as countless businesses have shifted to work-from-home. Regardless of how the situation evolves, average monthly print volumes for 2020 will be down, because "that equipment in the office is not being used," Kmetz said. "And at home, you're just not going to print as much as you might when you're in the office."

While the timeline for returning to the office is uncertain, the print industry may need to brace itself for lingering changes in the amount of office printing that takes place. The shift to work-from-home may prompt many workers to get more comfortable with viewing information on a monitor that they previously would have printed out, Kmetz said.

"What I wonder about is, are we going to materially change how work gets done going forward—and move more toward the use of technology versus the use of printing output on paper?" Kmetz said. "The shutdown period that we're going through may teach us—may teach companies, may teach employees—that there's a new way to work, and we're accelerating that now." The shift to work-from-home may be reducing office printing—but it's leading to an increase in work-related printing at home, according to the CEO of the largest printer maker. In a recent interview, HP CEO Enrique Lores told CRN that he sees the widespread work-from-home deployment as a "significant tailwind" for his business. Lores expects that the interest in work-from-home will not just be temporary, now that many businesses are finding they can still be effective with remote work. "This is going to be opening significant opportunities for us—both in the PC space and also in the print space, as customers will be producing and working from home," he said.

To that end, HP in March introduced a new printer series that is primed for work-from-home, the Neverstop Laser. The printer is targeted at easier managing of supplies with the inclusion of a new refillable cartridge. "As businesspeople shift to work from home, they need technology that is easy to use and printing with fewer interruptions," said Tuan Tran, president of HP's printing business, in a news release announcing the Neverstop Laser. While sales of hardware for office printing are likely affected this year by the shift to work-from-home, the printer industry in 2020 had already been coming off a year of sales declines. Worldwide, unit sales of printers/MFPs fell to 94.5 million in 2019, down 4.6 percent from 99.1 million the year before, according to IDC figures. In the U.S., the drop was a bit steeper. IDC reported that U.S. unit sales of printers/MFPs declined 6.3 percent to 17.9 million in 2019—compared with 19.1 million in 2018. The continued declines in the industry have brought consolidation efforts even more to the forefront. In November—three years after HP Inc. completed its acquisition of Samsung's print business—Xerox launched its unsolicited bid to take over HP. In discussing the proposed deal in January, Xerox CEO John Visentin argued that "the printing industry is decades overdue for consolidation and the first-mover will have a significant advantage." HP's board repeatedly rejected the deal, and Xerox dropped its bid in late March, citing the COVID-19 pandemic and the "resulting macroeconomic and market turmoil."

Once the economy stabilizes, however, few will be surprised if talk of consolidation in the print industry resumes again. Either HP or Xerox could make a bid for each other, or possibly, for another player in the industry following the souring of relations between the two companies. In March, the Financial Times quoted Lores as saying that "there are other potential M&A [transactions] that we are constantly analyzing." Xerox, too, might look elsewhere for acquisitions to help boost its sagging business. "Xerox has to figure out Plan B, if they haven't already," Kmetz said. Printer supplies have long been the profit driver for the entire industry, but challenges to sales of supplies could lead to transformation in the standard print market business model. At HP Inc., for instance, the drop in supplies revenue over the past year has the company planning later this year to phase out its discounts for printer models that are capable of using non-HP supplies. Thus, customers will still have an option to buy HP printers that can use third-party supplies, but those printers will come with a higher price tag. Meanwhile, the company said it will continue to subsidize the sale of models that only work with HP-branded supplies.

The business model shakeup could prompt other players in the industry to do the same—or not. Analyst Toni Sacconaghi of Bernstein Research wrote in a note to investors that "we applaud HP for acknowledging the challenges in its printing business and taking decisive action." Still, "the business model change is uncertain to succeed, and fraught with risk," Sacconaghi wrote—including the risk that "competitors will not follow, leaving HP as a relatively high-priced player."

Focus On Devices For SMBs

Some top players in the industry have been in the midst of making a strong push to capture more business from small and midsize businesses. Lexmark, for instance, is "betting the farm on the channel" with recently launched devices for SMBs, said Sammy Kinlaw, the company's vice president of worldwide channel and OEM sales. For instance, Lexmark’s MC3224adwe multifunction device is aimed at small businesses and offers print speeds of up to 24 pages per minute in color as well as features including wireless printing and scanning. At HP, meanwhile, the company is bringing the concept of refillable cartridges to laser printers for SMBs with the new HP Neverstop Laser. Once the printer is out of toner, users can easily refill the cartridge by purchasing a toner reload kit—taking the hassle out of printing for small businesses, HP said. And at Brother, the company's MFC-J5945DW also specializes in offering simplified management of printing supplies for small businesses. The all-in-one device includes up to an entire year’s worth of ink in the box, while the cartridges are also easy to insert and offer high page volumes. The growth of managed print services in the SMB market continues, and MPS are also increasingly being combined with other types of relevant services for customers. "It continues to move downward market, into the SMB market. But we also see an expansion of what we're talking about with managed print services. I think managed print, if it's just isolated to print, is kind of passé," Kmetz said. "Now, I think what we're seeing is managing all the technologies around the document and business information. So whether it's a vendor or a dealer, it's not just managed print—but it's managing documents, it's managing network, it's managing security. There's a whole gamut of offerings that the traditional print industry is offering to help their channel partners better extend themselves into their customer accounts."

While MPS still remains a great opportunity on its own, "if I can also play a role in their computing environment, in their security efforts, in the whole IT infrastructure--now, I have the potential to build and grow revenue within each of my customer accounts," Kmetz said. Software that complements printer devices is increasingly becoming an important factor in the market. Xerox has been a trailblazer around bringing useful apps to its multifunction devices. Through its ConnectKey interface, Xerox aims to turn the multifunction device into a smart workplace assistant, with access to apps—such as Concur, Salesforce and NetSuite—for simplifying and improving business workflows. HP, meanwhile, recently debuted its new HP Workpath platform with more than 50 apps and services that run on HP devices. The apps and services are designed to help businesses streamline core workflows. Workpath is also an open platform, enabling developers to create applications that run natively on a print device using Android Studio. While HP has been moving aggressively into the 3-D print market in recent years—with a focus on developing systems for printing production parts and prototypes—Xerox has also now signaled that it's following suit. Xerox says that it has combined "3-D liquid metal technology" with design software that leverages artificial intelligence, in a bid to "disrupt traditional manufacturing" with "on-demand" manufacturing (which is the same stated goal of HP's efforts in 3-D printing). "Drawing upon decades of experience in printing and materials science, Xerox is incubating new 3-D printing technologies and will begin introducing them to the market in 2020," Xerox said on a website dedicated to its 3-D print initiative.

Meanwhile, HP—the maker of the Multi Jet Fusion 3-D printer—has been working with partners to 3-D print medical parts that are badly needed amid the COVID-19 pandemic. The crisis "is showing the value that 3-D printing can have," Lores told CRN. "It makes the time between design and production much shorter than with older technologies. And it allows local manufacturing, which is critical in a period like this. It is really highlighting how 3-D printing has the potential of transforming the manufacturing industry." Without a doubt, the current crisis and shift to work-from-home "does not paint the greatest of scenarios" for the print industry, Kmetz said. But after the end of the upheaval and the return of some degree of normalcy, Kmetz believes there will be plenty of business printing happening. For many businesses, print remains "mission-critical," he said. "When we resume back to normalcy, print's advantages are still there. I get my customer, I get my partner [to pay attention]. It's much better when information is in paper format than if it's an electronic format. I have businesspeople that I know who continuously comment to me that a piece of paper is a call to action. It's physically in front of me, calling me to do something. Whereas, I get tons of emails. I can't even manage the amount of electronically based information that I have. So that, I think, is where print survives."

Eliminating departmental friction within MSPs
By Kyle Alspach
Apr 21 2020
10:30AM