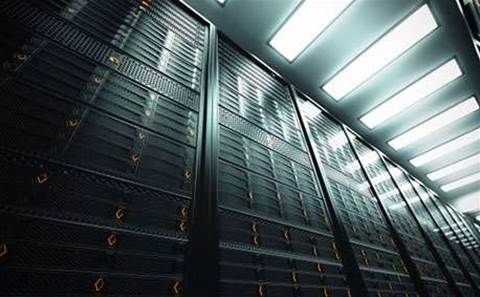 Virtualisation has had a beneficial impact on data centers for years, changing the way organisations run and manage their servers, desktops and infrastructure management. It's probably the single most important technology that makes cloud computing possible; without it, the data center wouldn't be nearly as dynamic and flexible as it is today.

Few startups these days label themselves as "virtualisation" companies - "cloud" is way more hip - but there is still lots of innovation happening here, including management, storage, and ever-more ingenious ways of using virtualisation to deliver desktops to tablets and smartphones.

The 10 virtualization products listed here are all examples of vendors pushing the envelope with virtualisation in ways that make data centers more efficient and productive.

VSAN pools together storage from server hard drives and solid state drives in a way that makes it easy for virtual machines to use. It's built into the vSphere hypervisor, which means it can deliver speedy performance, and this is one of the main selling points VMware has been highlighting.

It's still unclear whether VSAN will be a hit commercially, but VMware channel partners who've tried it out say it has lots of potential. As for VMware's storage partners, they're publicly saying it's great for the industry that VMware is embracing software-defined storage. Whether they'll still be saying the same a year from now is an open question, however.

Docker's Linux container virtualisation has blown up in recent months to become one of the biggest stories of the year in enterprise tech. Using Docker containers, apps can be moved easily between different clouds and packaged for automatic deployment. While container tech isn't new, it's having one heck of a revitalisation this year.

Container virtualisation is seen as a threat to VMware's server virtualisation business because it offers similar benefits, but doesn't require a guest operating system, which means it features faster performance. VMware has embraced containers with its Project Fargo R&D effort, and Google, Microsoft, Red Hat and many other vendors also support containers.

CloudPhysics, a big data startup founded by former VMware employees, sells a SaaS product that analyses billions of samples of anonymised operational data from customers' environments and uses it to prediagnose problems with their virtual server, storage and networking configurations.

"The ability to pinpoint performance bottlenecks, whether storage, network, server or application code, is an ongoing challenge," said Jeff Hausman, the newly minted CEO of CloudPhysics, in a blog post in July.

VMware co-founders Diane Greene and Mendel Rosenblum have taken a stake in CloudPhysics, which has raised US$27.5 million from Jafco Ventures, Kleiner Perkins Caufield & Byers, and Mayfield.

Netsocket, a vendor of network function virtualisation technology, sells Virtual Edge, a product that can replace networking hardware with an 8-port switch and x86 server hardware no bigger than a paperback novel.

Virtual Edge is aimed at managed service providers looking to step into the software-defined networking waters. Netsocket does most of its business through the channel, and Virtual Edge is priced at US$1,300 per site, which includes the MicroCloud Server, an 8-port Layer 2 Gigabit Ethernet switch and services for the first year.

Amazon jumped into the virtual desktop market last year with WorkSpaces, its Desktop-as-a-Service offering, in which customers rent access to virtual desktops running in the AWS cloud for a monthly fee.

Virtual desktops have been long on promise, but they've yet to set the enterprise market on fire because they're expensive and difficult to deploy. Amazon, as is its habit, saw a chance to cut through the snags and deliver a service that takes all the heavy lifting out of the equation for customers. 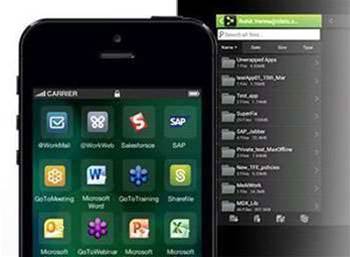 Citrix Systems unveiled its Workspace Suite in March, pitching it as a way to deliver apps, data and services from any device in a secure fashion. This has been a big focus for Citrix over the years, and the company has long enjoyed a dominant position in the desktop virtualisation market.

But these days it's all about mobile devices, and Citrix has been bolstering its portfolio in this area, including with its 2012 acquisition of Zenprise, a mobile device management vendor.

Citrix updated two big pieces of Workspace Suite in August, rolling out new versions of XenApp and XenDesktop. Faster performance, stronger security and more efficient storage utilization are just a few of the benefits Citrix has been touting since the release.