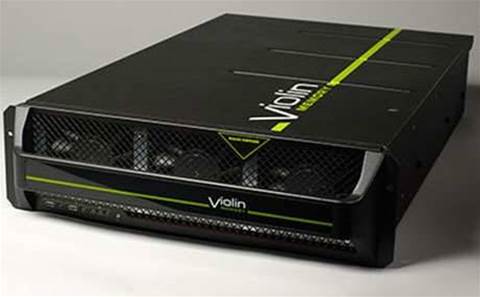 Visitors to the recently concluded Flash Memory Summit were treated to a wide range of new flash-memory and SSD components and solutions, all of which were targeted at helping find new ways to accelerate user and data center applications.

Flash memory-based solutions come in many forms from high-speed memory to SSDs to all-flash storage arrays, and visitors to the Flash Memory Summit got the first look at many of those solutions.

For those who didn't get to the event, or for those who did go and want to review what they saw, CRN US has collected information and photos of some of the most interesting technologies shown there. 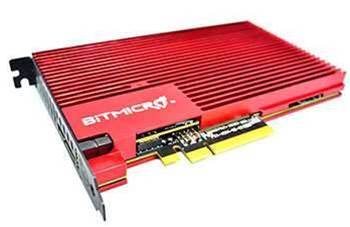 California-based BiTMICRO used the Flash Memory Summit to unveil its MAXio Storage SSDs, which are based on a split-ASIC architecture to allow performance and capacity to be independently scaled. The E-Series is the first in the MAXio line targeting high capacity, optimal performance, and reliability for enterprise applications with heavy load demands including video-on-demand, video streaming, and online transaction processing.

Diablo also said that the x9-series servers from Supermicro are salted to be enabled for Memory Channel Storage.

FuzeDrive brings SSDs and spinning hard drives into a fully automated virtual hybrid storage solution. It includes the company's MicroVirtualization layer to offer high-performance SSD throughput and IO traffic, and its MicroTiering technology for relocating active data to the SSD tier in real time. With FuzeDrive, the SSDs act as primary storage, with less-active data moved to spinning disk.

Everspin, of Arizona, moved to shake up the memory market when it demonstrated what it called the world's first commercially-available Spin Torque MRAM (ST-MRAM). Unlike conventional memory, where electrons are moved in a circuit to indicate a bit value of 0 or 1, ST-MRAM adjusts the actual spin of the electrons to increase performance while remain non-volatile. 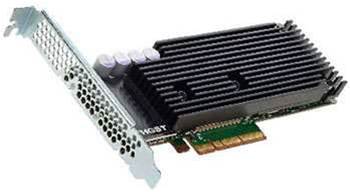 HGST, a part of Western Digital, unveiled the FlashMAX III, a new family of PCIe drives that delivers up to 540,000 random read IOPS through a single half-height, half-length PCIe SSD. It is slated to ship in the third quarter in 1.1-TB, 1.6-TB, and 2.2-TB versions. 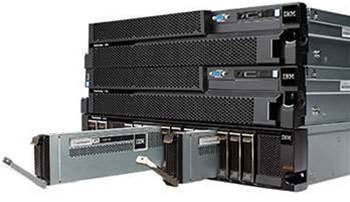 The new FlashSystem V840 features IBM's Easy Tier 3 to automatically migrate data to the most appropriate storage tier, which could be flash, disk, or tape. The software also doubles performance of the array to up to 500,000 IOs per second, and supports 1-TB flash modules in addition to the 2-TB and 4-TB modules supported by older versions of the array.

Memblaze Technologies: PCIe Server For Up To 12 NVMe SSDs

FlashRAID is slated to be released in the third quarter of 2015.

The program, which is being led by Steve Calkins, the company's director of enterprise and channel sales, offers solution providers a full range of marketing and sales support for the company's memory and storage solutions, as well as engineering support in developing data center, cloud, and enterprise solutions. Partners in the program also get help from third-party vendors for integrating systems, special pricing, and no-cost or low-costs samples for design-in specifications.

Unveiled in June, the FAS8080 EX is NetApp's highest-performing storage solution featuring new Intel processors and the ability to be configured with up to 5 petabytes of all-flash storage capacity, or 500 TB of flash storage used as a cache with up to 70 petabytes of hard disk capacity in a hybrid solution. The FAS8080 EX, which replaces NetApp's FAS6290 and FAS6250 as the company's highest-end storage solution, also scales to up to 4 million IOPS.

The Z-Drive 4500 PCIe SSD from San Jose, Calif.-based OCZ Storage Solutions, which was introduced this Spring, features 19nm MLC NAND flash in 800-GB, 1.6-TB, and 3.2-TB usable capacities. The SSDs include OCZ’s Windows Accelerator (WXL) Software for advanced flash management, and accelerates Microsoft Windows Server applications by using the flash as a local volume, a cache for HDD volumes, or both. They also include a cache warm-up and analysis solution for loading important tasks into the SSD to ensure that the required data is available when needed.

California-based PMC showed its upcoming PMC Flashtec NVRAM Drive family of PCIe NVRAM-based cards based on the company's own NVMe (non-volatile memory express) controller. PMC said they combine the speed and endurance of DRAM with the persistency of NAND flash. They offer over 10 million IOs per second, and support up to 16 GBs of memory per card. The new PCIe card-based drives can be used either as a persistent memory extension or as an NVMe block storage device.

The new solutions are currently sampling, and are expected to be available in early fourth quarter in 4-GB, 8-GB, and 16-GB capacities.

The new SM2256 6-Gbits-per-second SATA SSD controller was shown by Milpitas, Calif.-based Silicon Motion for the first time at the Flash Memory Summit. The company said the SM2256 is the first complete ASIC and firmware solution supporting low-cost 1x/1y/1z nanometer triple-level cell (TLC) NAND from all the major NAND suppliers. 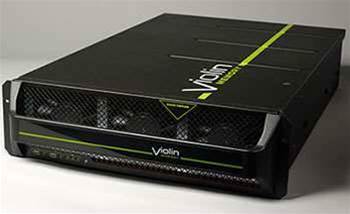 California-based Violin Memory unveiled three new 6100 All Flash Array models at the Flash Memory Summit with street pricing starting under $100,000 and the ability to scale capacity as it is consumed.

Violin Memory's new "pay-as-you-grow" solutions non-disruptively scale in increments from 17 TBs to 35 TBs on the 6100 All Flash Array or from 52 TBs to 70 TBs for the 6200 All Flash Array, based on application and deployment requirements.