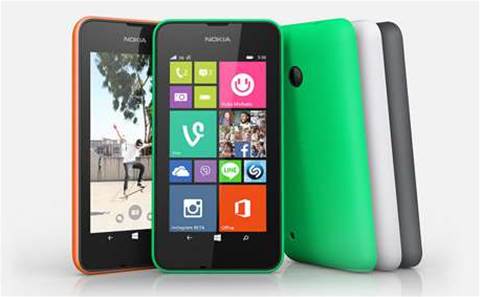 A $149 Lumia 530 will join the ranks of low-cost smartphones in Australia when it goes on sale in September.

While the phone's recommended price is $149, Optus will be selling the phone in a prepaid bundle for $129 from 1 September through retail stores and 8 September online.

The phone will also be available from other "leading retailers" later in the month.

The Lumia 530 has a 4-inch screen, 1.2Ghz quad core Qualcomm Snapdragon 200 CPU, a 5 megapixel camera and 4GB of onboard memory.

The phone is not the first Windows phone on the market in Australia under $250 - last year, the Lumia 520 reportedly debuted for $229.

Other budget smartphones on the market include the $229 Kogan Agora 4G, which runs Android.