$150m shot in the arm for NEC Australia 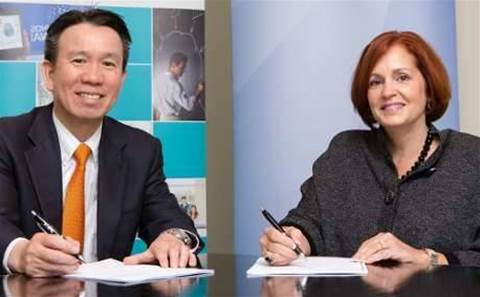 NEC Australia, acting as a subcontractor to Lockheed Martin, will be doing much of the heavy lifting in an $800 million Department of Defence project.

NEC has won an IT infrastructure component of the Centralised Processing Project worth $150 million, providing both migration services and hosting of legacy systems until the end of the migration work.

Tetsuro Akagi, managing director of NEC Australia said that the triangular partnership with Lockheed Martin and the Department of Defence "supports the organisation's transformation in becoming a leading ICT services company".

Under the terms of the deal, NEC Australia will "re-host" Defence applications in the new facilities being set up by Lockheed Martin, run Defence’s legacy mid-range servers and storage in their existing facilities during the migration, and decommission and dispose of this equipment once the new production environment is up and running.

NEC Australia boosted its services capability in 2012 via the $227.5 million acquisition of the integration arm of CSG, taking on more than 800 IT staff. NEC Australia's IT Solutions & Services executive director and ex-CSG state manager, Mike Barber, said that precisely the skills attained from that buyout had allowed his company to clinch this Defence deal.

"NEC previously had a relationship with Lockheed Martin and the [CSG] acquisition has brought the three together to this deal."

The revelation comes on top of the news that Defence has formally signed an $800 million, eight-year centralised processing deal with Lockheed Martin after naming the US military contractor as its preferred contractor in May.

Lockheed Martin will help to consolidate the Defence data centre fleet from 280 computer rooms today down to 11 domestic and three international facilities and manage the remaining central infrastructure for the next eight years.

Defence CIO Dr Peter Lawrence said in a statement that the project will "deliver Defence a robust and secure technology environment… simplifying our service provision and speeding up our response to change".

Access to skills has been a key consideration under Defence's outsourcing plans. Head of Infrastructure Transformation Craig Magee (pictured) conceded at the Australian Data Centre Strategy Summit earlier this year that finding "the right amount of people certified" with the necessary security clearance to work on Defence systems "is going to be a real challenge."

Defence’s procurement reform program aims to save Australia's largest IT shop some $1.9 billion by simplifying its supply relationships down to fewer vendors under three major bundles of work. The terrestrial communications bundle was awarded to Telstra in April 2013 for $1.1 billion. The only remaining bundle - for distributed computing services - has been postponed until 2016.