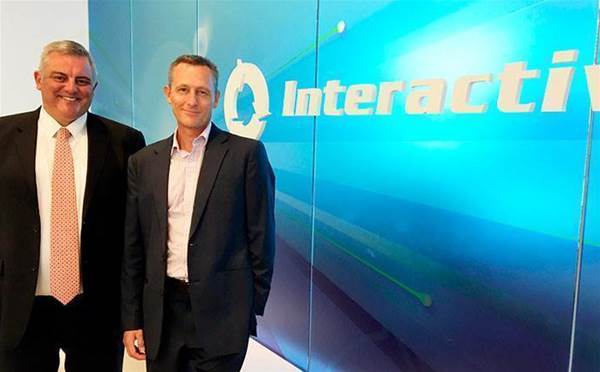 Interactive, the largest privately owned Australian managed service provider, has named Darren Reid as its first head of partnerships and alliances as part of a broad strategy to grow channel sales to 30 percent of revenue within two years.

Reid joined Interactive after a seven-year stint at CA Technologies, most recently as senior vice president, partners and alliances. He will bring his knowledge of big vendor channel strategy to Melbourne-headquartered Interactive.

As of 2015, the company supported 250,000 devices, 12,000 metro locations, 6,100 remote locations and has 130 techs working at its field and depot repair operations. Interactive claims to be the largest multi-vendor IT maintenance service provider in ANZ, supporting hardware from the likes of NetApp, IBM and Cisco among many others.

With a treasure trove of replacement gear and spare parts sitting in warehouses at eight locations across Australia, Interactive partners will get access to new maintenance revenues.

"We know that there are 65,000 small and medium enterprises in Australia. We have about 2500 of those so there's a big market to be attacked and we are hopeful that we'll see a minimum amount of channel conflict, but where we do we believe we'll have the right processes in place to handle it," Reid told CRN.

To avoid any conflicts between the direct and indirect part of the business, Melbourne-headquartered Interactive has put in place very strict measures.

By offering its maintenance service through partners, Interactive is able to continue offering these services to a new set of customers "and providing some benefit to the reseller and distributor channel along the way", Reid said.

Dicker Data is Interactive's only distributor at the moment, a partnership that started in late 2016 and through which the company offers its hardware maintenance services.

"We recognise that there is an immense amount of value that a distributor brings to the table and many resellers leverage that relationship across a broad range of offerings, and so there is limited value with us having a one-to-one relationship with some of the resellers," said Reid. "They don't desire it, they are quite happy to acquire what they need through a distributor, we should support that."

Interactive has just released a SQL as-a-service platform for Microsoft. The MSP is on the way to release additions to this such as "layers of intelligence" as well as managing clients' Azure environments. Reid also sees this as a partner opportunity.

"We know things about running SQL and how you can leverage that inside your business. We know things about hosting and managing exchange, because we've been doing it for years. Doing that on the Azure stack makes perfect sense, so as customers express a desire to move to the cloud, in a genuine move, we can help them transition over. And we can do that via reseller channel," Reid added.

Interactive wants 30 percent of its sales to come from channel partners in two years. The company is on track to post $180 million revenue this financial year – a number the company plans to double in five years, Interactive general manager for cloud and managed services sales Brad Wells revealed to CRN.

The company has currently 2000 customers, 430 employees and is also present in New Zealand and Asia.