The coolest platforms in the hottest market

The red hot hyper-converged infrastructure market is on pace to easily surpass US$7 billion in annual sales this year. Businesses are shifting away from siloed storage, server and networking solutions in favor of hyper-converged systems which is shaping the modern data center and technology refreshes.

Hyper-converged infrastructure (HCI) sales in the first quarter of 2019 soared to over US$1.8 billion, up 47 percent year over year. The majority of global market share is owned by only a handful of vendors although HCI innovation and competition is heating up this year as hyper-convergence hits the mainstream.

Here are the ten coolest hyper-converged systems that are dominating the market in 2019. 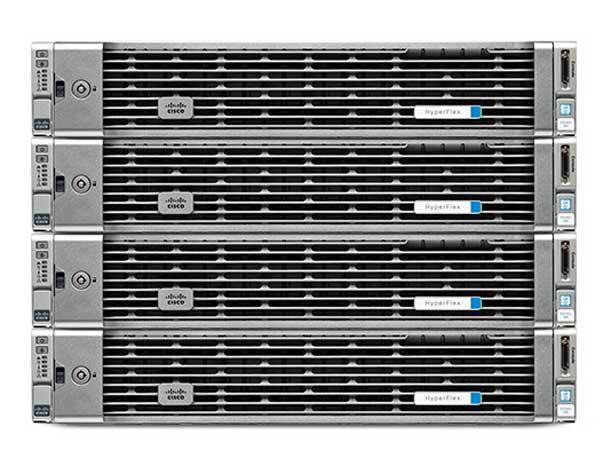 The networking giant jumped into the hyper-converged market in 2016 with its breakthrough HyperFlex offering. Cisco is now the fourth largest HCI market leader in a few short years with 4.5 percent share as of first quarter 2019, according to IDC. Cisco’s flagship solution combines its software HX Data Platform with its UCS server portfolio along with integrated fabric networking. HyperFlex is a fully integrated appliance that supports VMware vSphere and Microsoft Hyper-V hypervisors, while users can scale compute and storage independently of one another.

Cisco rolled out several updates to HyperFlex this year including AppDynamics for monitoring across multiple clouds. The solution can be bundled with CloudCenter, Cisco’s hybrid cloud management platform. Cisco HyperFlex Anywhere strategy extends the simplicity of hyperconvergence from core to edge and multi-cloud through integration with Cisco’s Intersight software-as-a-service management platform. Dell Technologies’ market-leading HCI offering, VxRail, is the reason why the company is dominating the hyper-converged industry worldwide. Dell captured a whopping 32.3 percent of the global market share in the first-quarter 2019, up from 28.8 percent share year over year. Powered by VMware vSAN, VxRail is a tightly integrated platform co-engineered with VMware that includes Dell Technologies’ market-leading servers, storage and software management solutions.

VMware Manager comes preinstalled with a dashboard for automating VxRail deployment and configuration. Dell has lowered the entry point and price point for HCI to allow midsize clients to start with a two-node VxRail cluster. The company has broadened its choices for HCI appliances and has simplified life-cycle management through VxRail Manager Automation enhancements. VxRail, alongside VMware Cloud Foundation, are the critical pieces to the company’s bullish Dell Technologies Cloud. The infrastructure giant ranks third in global HCI market share at 4.6 percent share as of first-quarter 2019. HPE’s hyper-converged sales reached nearly US$84 million in the first quarter, up 37 percent year over year. The company has been creating new hyper-converged partnerships this year with the likes of Ctera Networks and Nutanix in a move to boost its market share. FusionCube for Cloud is Huawei’s hyper-converged platform that includes the company’s own KVM-based and Xen-based FusionSphere hypervisors. The platform converges compute and storage, complies with open standards, as well as pre-integrates distributed storage engines and cloud management software. The built-in storage engines virtualise all local resources into a storage resource pool, with advanced features including thin provisioning and linked clone. Data is striped and stored across all of the built-in hard drives of SSDs to improve storage performance and utilisation. NetApp HCI sales are soaring as the platform is winning more multimillion-dollar deals this year. The enterprise-centric platform is based on SolidFire and its Element software, which allows for workload protection for applications. NetApp HCI lets users consume public cloud services on-premises while also offering the flexibility of scaling compute or storage nodes independently, which allows customers to decouple compute and storage capacity.

The platform includes NetApp’s Data Fabric unified suite of data services that provides consistent data services across on-premises, private cloud and public cloud platforms. The company has created a slew of strategic partnerships around HCI including with Amazon, Google, Veeam and VMware. The hyper-converged pioneer went on an innovation tear at its Nutanix .NEXT conference this year, launching significant enhancements to its product portfolio. Nutanix ranks second in worldwide HCI market share with 14 percent share in the first quarter of 2019. The company consistently upgrades its flagship Enterprise Cloud Platform with new products like Calm for application orchestration, Files for unstructured data and Xi Beam for multi-cloud governance and cost control. Red Hat released its Hyperconverged Infrastructure for Virtualization platform in 2017 on top of its own KVM hypervisor and Gluster storage virtualization. The platform includes advanced data reduction capabilities, virtual graphics processing unit (vGPU) support and software-defined networking functionality. On 9 July, Red Hat was acquired by IBM for an eye-popping US$34 billion in a move to create a market leader in hybrid cloud computing. This year, Scale Computing launched its new HE500 family of hyper-converged appliances for HC3, looking to take cost-efficient edge HCI to the next level with a starting price of $16,000. Designed for easy to deploy and affordable hyper-converged infrastructure at the edge, the series of appliances provide enterprise-class features to remote locations and boost edge computing capabilities with disaster recovery. Revenue for Indianapolis, Ind. -based Scale Computing, who made CRN USA’s 2019 Software-Defined Data Center 50 list, has increased in the high double-digit rate in the first six months of 2019 year over year.

The StarWind Hyper-Converged Appliance (HCA) ensures constant uptime thanks to synchronous failover clustering between on-premises and public cloud. The company offers HCA support that continuously monitors cluster, predicts failures and proactively reacts, as well as features such as real-time analytics for system monitoring. StarWind HCA is built with Dell or StarWind-branded servers, along with third-party hypervisors, network virtualization and its own management software that is pre-configuration and pre-integrated.