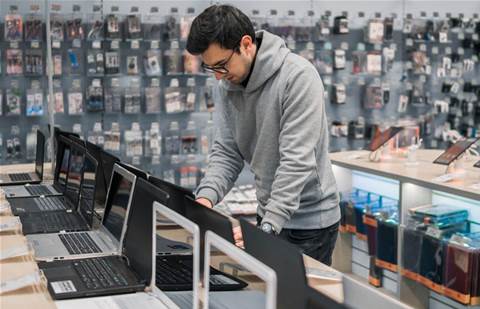 While shipments, especially for commercial users, are still beating pre-pandemic levels, the booming PC market of the last two years is slowing and one research firm expects a significant decline in shipments for 2022.

IDC said headwinds from continued COVID-19 lockdowns in China, the war in Ukraine and global inflation are slowing demand for personal computers. The firm expects global shipments to decline 8.2 percent year over year in 2022 to 321.2 million units shipped. Tablets are expected to fall 6.2 percent in 2022.

But IDC also noted that PC shipments are expected to remain well above pre-pandemic levels with strong commercial demand for device refreshes and emerging markets driving continued demand. IDC also expects shipments to return to positive annual growth in 2023 and beyond. Tablets, though, are expected to show an annual growth rate decline of 2 percent over the 2021-2026 period.

“Supply shortages have plagued the industry for a while and the recent lockdowns in parts of China continue to exacerbate the issue as factories struggle to receive new components from upstream suppliers while also facing issues downstream when it comes to shipping finished goods,” Jitesh Ubrani, research manager for IDC’s Mobility and Consumer Device Trackers, said in a statement. “While the restrictions are expected to ease soon, worker sentiment within the supply chain remains muted and backlogs of deliveries will persist for the remainder of the year.”

Major PC suppliers have been posting better-than-expected earnings reports, mostly due to continued strong business demand from a hybrid/remote workforce. But Apple and HP Inc. have both warned that future earnings would be impacted by ongoing supply chain issues. Apple said it expected to take an $8 billion future loss due to supply chain woes, and HP noted that its notebook revenue dipped 23 percent in its latest quarterly earnings report.

In a press briefing, HP CEO Enrique Lores told CRN US, “We’ve already had some impact [from COVID China lockdowns] this quarter. But because of the location of our factories and where the lockdowns happened, I will say that the impact on our side has been smaller than what other companies have seen. Of course, we were impacted because some of our suppliers are based in the Shanghai area—that’s also impacting us from a logistics perspective because we have several logistics centres in that area.”

IDC said the combination of geopolitical factors will continue to have an impact on shipments.

“On top of the compounding issues related to the pandemic, we have now added war, inflation and on-going China lockdowns to the equation,” said Ryan Reith, group vice president with IDC’s Worldwide Mobile Device Trackers. “Our research continues to show strong demand and supply activity aimed at the commercial PC market, but the consumer and education markets are seeing increasing concerns and, as a result, reduced orders. The reduction in the most recent forecast was significant for many reasons, and the uncertainty remains high.”