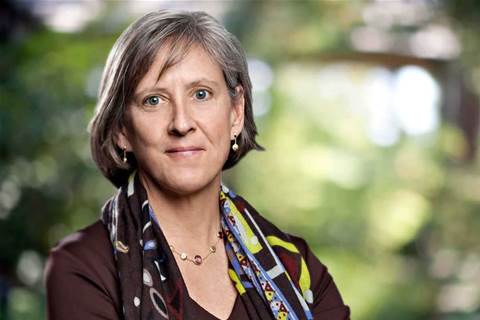 Most new internet users come from emerging markets, the report found, with the mature United States one only growing by three per cent last year. China in comparison grew by ten per cent and now has an estimated 564 million internet users.

India grew its internet user base by over a quarter to 137 million and Indonesia's expanded by 58 per cent to 55 million. Even so, the penetration in emerging markets remains below fifty per cent in most cases, indicating more room for growth in those countries.

In total, Meeker and Liang's report estimates over a third of the world's population are connected to the internet, or some 2.4 billion people.

The new internet users are increasingly equipped with mobile devices, with the Internet Trends 2013 report citing Statcounter projections of traffic from these accounting for twenty per cent of the global total by the end of this year, increasing to a third by 2014.

In the giant Chinese market, three-quarters of users access the internet via mobile devices, but even so, the report says there's plenty of room left to grow from 1.5 billion smartphone users, to maybe three to four times as many over the next few years.

Mobile devices are most likely Android-powered with Samsung taking the lion's share of that market. Apple's iOS is firmly ensconced in the number two position and the two giants have all but squeezed out competition from Blackberry, Nokia and other vendors.

Short-term sharing of content is becoming a new trend with providers like Snapchat zooming up the usage charts last year.

Australians however are not as inclined to share everything or even most things online, according to sources cited in the 2013 Internet Trend report: the world average is just below a quarter of people falling into that category, but only around 17 per cent of Aussies were compulsive content sharers.

This appears to be part of a cultural trait, with denizens of Western countries less inclined to share than Saudis (over sixty per cent), Indians (52 per cent) and Indonesians (50 per cent).

Rich, social content continues to drive the internet expansion, the report found. This is likely to further expand with the advent of wearable computing devices such as Google Glass and Apple wristwatches, but also connected cars, remotely piloted drones and machine to machine communication.

KPCB Internet Trends 2013 from Kleiner Perkins Caufield & Byers
Got a news tip for our journalists? Share it with us anonymously here.