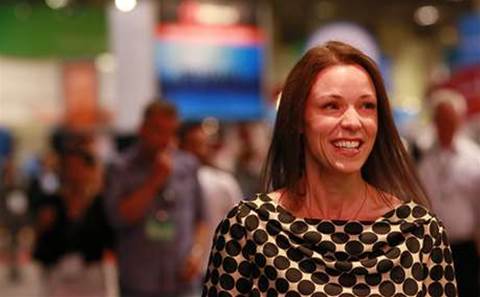 The merger and reverse listing of Microsoft partners Technology Effect and Breeze has completed, creating a near-$30 million channel powerhouse spanning infrastructure and applications.

With the completion of the formalities this week, the company was re-instated to the ASX under the new name MOQ Digital.

"The rebranding was always going to happen," MOQ Digital chairman David Shein told CRN. "MOQ is our ticker symbol on the ASX, and shows we're made of quality staff, quality service, and quality outcomes for customers."

The merger and listing were dependent on Montech raising $4.3 million of capital, which it pulled off last month.

Page has also been appointed MOQ CEO and D'Addio as COO. McPherson becomes director for solutions, while Matt Goggin has been announced as director of sales and Breeze's CTO Mick Badran takes up the same position at MOQ.

“We’ve started the process of integrating both businesses, including people and culture alignment, financial consolidation, the creation of a single infrastructure and core system, and the implementation of new business practices for application integration and platforms," said D'Addio.

"With skills and capabilities in both Queensland and New South Wales, collectively we have more than 80 employees.”

Breeze and Technology Effect had stellar years in the lead-up to the merger, according to their financial results for the period ending 30 June 2014.

Breeze saw its revenue increase by 33 percent to $2.4 million in the 2014 financial year. The Sydney and Melbourne provider made a net profit of $180,710. It was a strong year for the company, which won international and local acclaim for its Microsoft projects.

Technology Effect racked up $26.4 million of revenue for the 2014 financial year to pocket $1.5 million in net profit – a 38 percent boost from the previous year.

The numbers shine a light on company valuations in the IT channel. Breeze has developed its own IP around the Microsoft Azure cloud platform, while Technology Effect is a more traditional systems integrator.

Breeze attracted a $5 million price tag, almost double its revenue and over three times its gross profit. Montech paid $11.8 million for Technology Effect – less than half the $26.4 million revenue, but a price more than five times the gross profit.

"Much of Technology Effect's revenue relates to products, while Breeze sells mostly its own intellectual property," chairman Shein said. "Digital transformation provided by Breeze will set us apart from the [rest of the] industry."

"There is no question that the future of business is digital,” said Page. “Our role at MOQ Digital is to help our customers on that journey, harnessing digital technologies, being agile and adapting quickly and effectively."

Update: the acquisition prices have been adjusted to reflect actual the stock value that the transactions occurred with. The original figures were calculated from share price in October, when the deal was announced.