3D printing industry to double in 2016 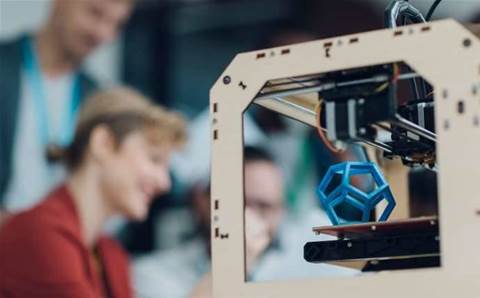 The 3D printing market is expected to more than double in 2016, reaching 455,772 shipments worldwide by the end of the year.

According to Gartner, the global market will increase by 108 percent from 219,168 in 2015. Despite slow growth since the initial growth spurt, shipments are expected to boom over the next four years to reach 6.7 million.

"3D printers are being utilised for several applications and subjects by students in secondary and postsecondary schools where the use of 3D printers can prepare students for many career paths, such as engineering, manufacturing, aerospace and robotics," Basiliere said.

The primary use for 3D printing in enterprise is prototyping, however, Gartner predicts 75 percent of 3D printing will be used for creating custom tools for manufacturing by 2020.

Asia-Pacific is expected to experience the most growth for 3D printing as private and public-sector organisations are recognised as threats to disrupting manufacturing technologies.

On the local front, traditional print giants like Fuji Xerox and Konica Minolta have been growing out their enterprise 3D print businesses with senior talent hires and partnerships with emerging 3D print vendors.

Datacom partnered with distributor 3D Printing Systems and software vendor Makers Empire to bring a 3D printing solution to schools, and has already deployed the program to 28 primary schools in South Australia,

On the consumer side, Aldi turned heads in February when it started selling a white-labelled 3D printer for $499. The same printer popped up at Kogan and Dick Smith five months later with a different name and branding.

Earlier this year, 19 percent of CRN readers said 3D printing was the best bet for emerging technology in the channel.