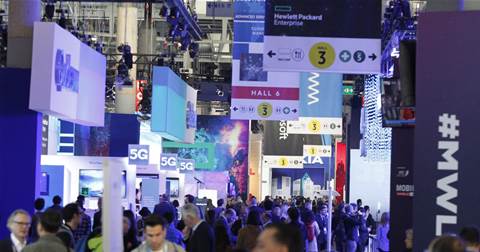 After last year’s hiatus, Mobile World Congress has returned with announcements from top tech companies in the areas of mobile processors, 5G and devices.

MWC 2021 is being held this week in a hybrid format, with about a third of the usual attendees in person in Barcelona along with an online portion. The show has also been delayed from its usual start in late February.

Among the tech giants using MWC 2021 to make major announcements are Samsung, which announced a forthcoming “unified” smartwatch platform developed in collaboration with Google; Qualcomm, which unveiled a new Snapdragon mobile processor; and Lenovo, which launched several tablets as well as its Smart Clock 2.

What follows are five big announcements at MWC 2021.

The new processor, the Snapdragon 888 Plus 5G Mobile Platform, increases the CPU clock speed to 2.995GHz, up from 2.84GHz on the Snapdragon 888. The sixth-generation Qualcomm AI Engine also gets a more than 20-percent increase in performance for the 888 Plus.

Devices with the Snapdragon 888 Plus are expected in the third quarter, Qualcomm said.

At MWC, Qualcomm also announced “collective support” from more than 30 carriers and telecommunications equipment makers around the higher-speed variant of 5G, known as mmWave (or millimeter-wave).

The commitment appears to bode well for the industry to deliver on the promise of offering a significant speed increase with 5G. The most predominant 5G variant, known as sub-6GHz, only offers a modest speed advantage over 4G/LTE.

In its announcement, Qualcomm named companies including AT&T, Deutsche Telekom, Ericsson, Motorola, Orange Samsung and UScellular. “These companies collaborate with Qualcomm Technologies, Inc. to drive the availability of 5G mmWave networks and devices,” Qualcomm said in a news release.

Samsung used its MWC 2021 virtual press conference to unveil a new “unified platform,” built jointly with Google, that will be featured on a forthcoming Galaxy Watch.

The platform, which Samsung is not naming for now, will bring “performance enhancements, a more seamless experience between the Watch and Android smartphones, and access to an even greater number of applications,” Samsung said in a news release—ultimately creating “an entirely new Galaxy Watch experience.”

For instance, if a user installs an app on their smartphone that is compatible with their Galaxy Watch, the app will also be automatically downloaded onto the smartwatch as well, Samsung said.

In terms of other examples, “if you’ve customized your clock app on your phone to show the time in different cities around the globe, this will be automatically reflected on your watch as well. And if you block calls and messages from your watch, they will now be blocked on your smartphone, too,” Samsung said.

Samsung said that the new platform and Galaxy Watch will debut at an Unpacked event “later this summer.”

Lenovo is using MWC 2021 to introduce three new Android tablets, led by the Yoga Tab 13, which features a built-in kickstand. The Yoga Tab 13 offers a 13-inch display with 2,160 x 1,350 resolution and 400 nits of brightness, up to 12 hours of battery life, four JBL speakers and an eight-core Qualcomm Snapdragon 870 processor.

Lenovo’s second new Android tablet, the Yoga Tab 11, also features a kickstand and comes with an 11-inch display, offering 2,000 x 1,200 resolution and 400 nits of brightness. The Tab 11 comes with a lower-end MediaTek processor, but promises up to 15 hours of battery life and includes four JBL speakers, as well.

Lastly, the Lenovo Tab P11 Plus features the same screen size and resolution as the Tab 11, but does not have a kickstand. Instead, it can be attached to an optional Lenovo Keyboard Pack for 2-in-1 functionality. The Tab P11 Plus comes with MediaTek’s flagship chipset, the G90T, according to Lenovo, while offering up to 12 hours of battery life and sporting four speakers offering Dolby Atmos sound quality.

Lenovo also announced the second-generation model of its Smart Clock, a voice-controlled alarm clock that includes access to the Google Assistant. The Lenovo Smart Clock 2 features a refreshed design with a “fabric soft-touch, organic-looking exterior,” the company said.

The device includes a 4-inch touch screen, and can now come with an optional wireless phone charger that snaps onto the clock. Other new options include darker design interfaces and a new “screen off” option, Lenovo said.

The Lenovo Smart Clock 2 is expected to be available in August.