5 big things to know about the $40B Nvidia-Arm acquisition 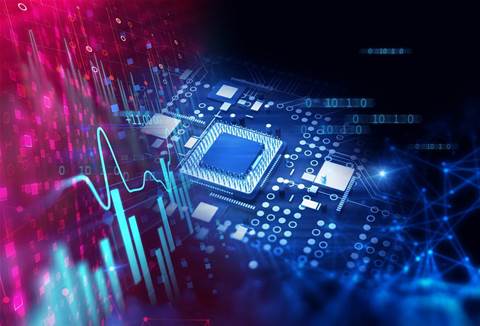 A Tectonic Shift In Computing Is Coming

Nvidia is set to make a tectonic shift in the computing landscape with its proposed US$40 billion acquisition of Arm, but with the British chip designer‘s technology so widely used across the industry, the deal is likely to face heavy scrutiny from industry players and regulators alike.

The Nvidia-Arm acquisition was announced on Sunday, putting an end to rumors that began in July with reports that Nvidia was interesting in buying Arm from its current Japanese owner, SoftBank Group, which acquired Arm for US$32 billion in 2016.

While Nvidia made its first fortune with graphics cards for PC games, the company eventually found a way to take advantage of GPU technology for high-performance computing and AI, paving a way for it to enter the data center market. That bet is starting to pay off as the company‘s data center revenue exceeded sales for gaming products for the first time in its history earlier this year.

But as Nvidia has demonstrated with its new deal to acquire Arm and its US$7 billion acquisition of Mellanox Technologies that closed in April, the company‘s ambitions go well beyond GPUs in its bid to become the “world’s premier computing company,” as CEO Jensen Huang said Sunday.

What follows are five important things to know about the Nvidia-Arm deal, Nvidia‘s path to becoming a larger player in the computing space and Arm’s role in the tech ecosystem. 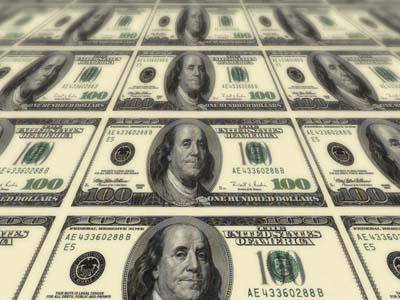 What Is The Deal With Nvidia Acquiring Arm?

Nvidia said it will pay US$40 billion in stock, cash and equity awards to acquire Arm from SoftBank, but the deal isn‘t expected to close until roughly 18 months from now.

Nvidia‘s common stock to SoftBank will consist of 44.3 million Nvidia shares and that the price will be based on the average closing price of common stock for the last 30 trading days.

Nvidia said that Arm will retain its name and brand identity and that its intellectual property will remain registered in the U.K. The chipmaker also plans to expand Arm’s research and development presence in the U.K. in addition to establishing a new global center of excellence in AI research at Arm’s Cambridge headquarters, where Nvidia will also invest resources for a new Arm-based AI supercomputer, training facilities for developers and a startup incubator.

The deal will not include Arm‘s two IoT Services Group software businesses, IoT Platform and Treasure Data, whose future had previously been up in the air. Before rumors began about SoftBank looking to sell Arm or return it to the public market, the company had announced a plan to spin off the two businesses into new SoftBank-owned standalone entities. But nearly three weeks prior to Nvidia announcing its plan to acquire Arm, Arm said it was halting the spin-off plans. What separates Arm as a chip company from Intel and AMD is its business model: the company licenses its silicon IP so that customers can build their own CPUs — something that large tech companies like Apple and Amazon have taken advantage of for their own devices.

In announcing the deal to acquire arm, Nvidia said it would maintain Arm‘s open-licensing model and global customer neutrality, touting the 180 billion Arm-based chips that have been shipped to data by Arm licensees in the chip design’s 30-year history.

“We love Arm’s business model. In fact, we intend to expand Arm’s licensing portfolio with access to Nvidia technology. Both our ecosystems will be enriched by this combination,” he said.

Arm‘s silicon partners license the company’s processor designs to build chips for everything from smartphones and IoT devices to laptops and servers. While Arm-based chips are used in more than 90 percent of the world’s smartphones, the use of the company’s technology is expanding in other segments, with Apple’s plan to release Mac computers with Arm-based chips as a recent example.

The company‘s processor designs also serve as the basis for Amazon Web Services' Graviton2 processors that the cloud provider uses Amazon EC2 C6g and R6g instances and for Fujitsu's A64FX processors that are used in Fugaku, the newly minted fastest supercomputer in the world.

This means Arm is enabling companies like Apple, Amazon and Fujitsu to create processors that compete with products from Intel and AMD. But while Arm may compete with them indirectly through silicon partners, the company is also licensing silicon technology to AMD, which uses an Arm co-processor inside its second-generation EPYC processors for memory encryption.

The question is, will Arm silicon partners accept a competitor owning the underlying technology?

Jack Gold, founder of principal analyst at J.Gold Associates, wrote in a Monday column that Nvidia competitors who license Arm‘s IP might opt to move away from Arm if they feel like Nvidia owning the company would tip the scales too much in Nvidia’s favor.

“I think this will be an issue, not in the short term, as you can’t just rip and replace technology, but longer term, especially for the biggest players who have the wherewithal to go it alone and ultimately move away from the Arm IP if they perceive it as a risk,” he wrote. The Deal Is Already Under Fire — From An Arm Co-Founder

Nvidia said its acquisition of Arm is expected to close in roughly 18 months, but it will first have to withstand scrutiny from regulators in the United States, United Kingdom, European Union and China as well as other concerned parties before moving forward.

Among those other concerned parties is Arm co-founder Hermann Hauser, who has launched a website, SaveArm.co.uk, to plead U.K. Prime Minister Boris Johnson to intervene. His reasons for opposing the Nvidia-Arm acquisition: that it will sap jobs away from the U.K. — despite Nvidia‘s assurances — and that it will hurt the U.K’s economic sovereignty as Arm is the only remaining company in the country with a dominant position in the smartphone processor market.

Hauser also said the deal will also “destroy the very basis of Arm’s business model which is to be the Switzerland of the semiconductor industry dealing in an even-handed way with its over 500 licensees.”

“Most of them are Nvidia’s competitors. Among them are many UK companies,” he added. ”Do not believe any assurances which are not legally binding.”

The U.K.’s Labour Party has already asked the British government to intervene in the deal and demand legally binding assurances from Nvidia that Arm maintains its headquarters in Cambridge, The Financial Times reported a few days before the deal was announced.

Nvidia‘s planned acquisition of Arm could also be complicated by geopolitical tensions between U.S. and China, according to analysts and lawyers who spoke with Reuters.

“Anything that creates more concentration in the industry to the benefit of a U.S. company, I would think that’s not aligned with what China wants,” Art Dicker, director at Shanghai-based R&P China Lawyers,” told the news agency.

In addressing regulatory concerns about the acquisition, Nvidia CEO Jensen Huang said Nvidia and Arm are “completely complementary,” just in the same way that Nvidia and Mellanox are.

“Nvidia doesn’t design CPUs. We have no CPU instruction set. Nvidia doesn’t license IP to semiconductor companies,” he said. “In that very way, we’re not competitors, and we have every intention to add IP. And also, unlike Arm, Nvidia does not participate in the cell phone market.” 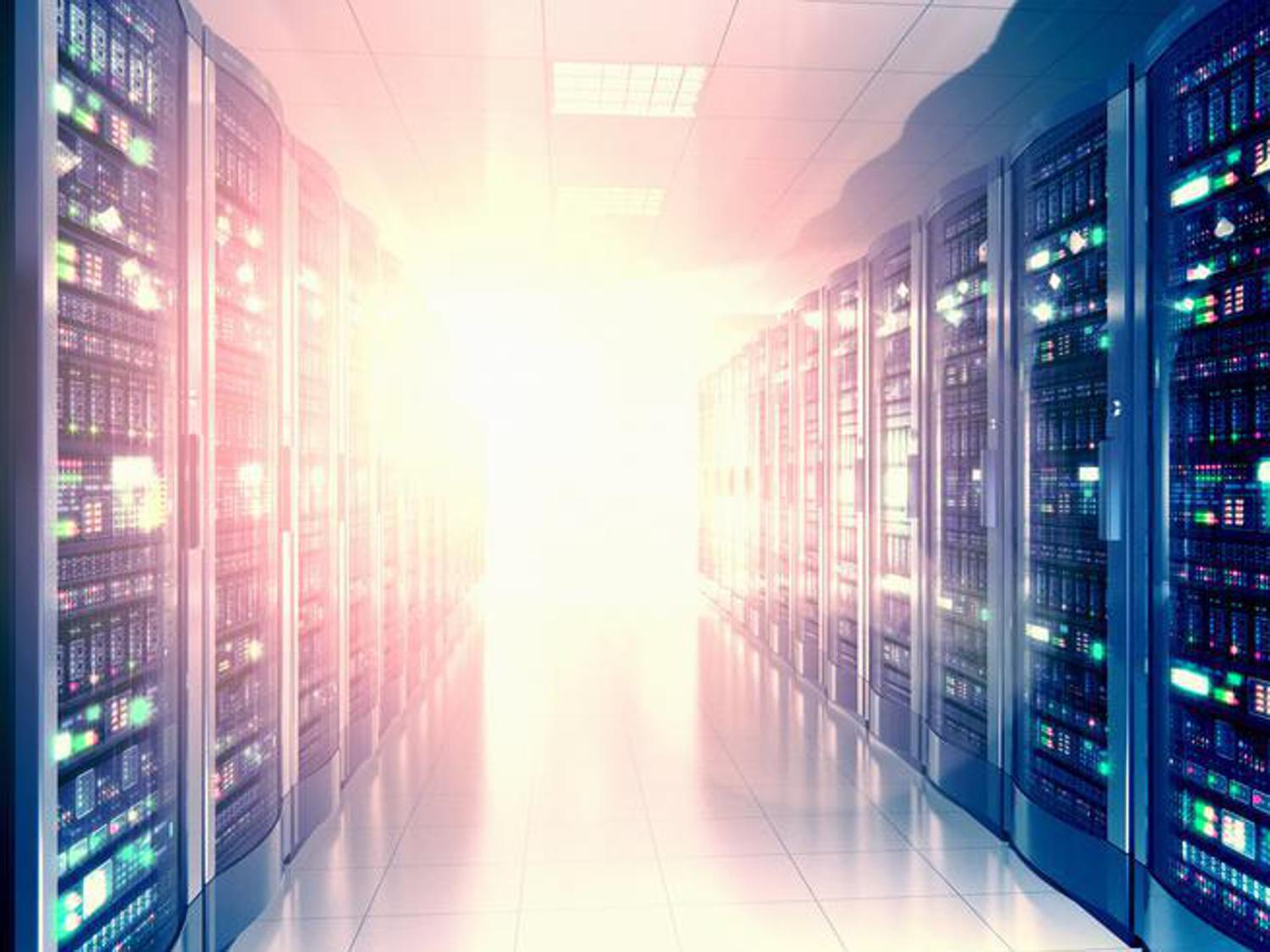 Nvidia has made no secret about the fact that it wants to become a major player in the data center market, and with Arm, it would have technology for three critical components: the GPU, the CPU and the high-speed interconnect that is becoming important for AI and high-performance computing.

For the first time in the chipmaker‘s history earlier this year, Nvidia’s data center revenue eclipsed its gaming revenue, showing that the company’s investments in GPU-accelerated server workloads is already paying off with GPU products like the V100 and the new A100.

But the company knows that future data centers cannot rely alone on advancements for one component type, which is why the company paid US$7 billion to acquire Mellanox Technologies for its high-speed interconnect technologies earlier this year.

During the company‘s most recent earnings call, Huang said the company’s future is about “data center-scale computing,” a strategy that has informed not just the Mellanox acquisition but also its decision to develop GPU-to-GPU interconnects and purpose-built systems for AI.

“All of that technology was inspired by the idea that you have to think about the data center all in one holistic way,” Huang said.

By taking control of Arm, Nvidia would have the underlying technology that is key not just for data centers but for personal computing and other segments: the CPU.

When Huang was discussing the Arm acquisition Sunday night, he said the chip designer‘s server processor technology was of particular interest.

“What we want to do is we want to accelerate development of the server CPU roadmap and by doing so the customers are going to be thrilled by it,” he said. Prior to Sunday‘s acquisition announcement, Nvidia had been making increasingly larger investments in Arm-based processors in recent years, from using them in the company’s own chips for embedded applications to creating new blueprints for Arm-based servers.

At the time, Nvidia CEO Jensen Huang hailed the announcement as significant for the HPC world, saying that “bringing Nvidia GPUs to Arm opens the floodgates for innovators to create systems for growing new applications from hyperscale cloud to exascale supercomputing and beyond.”

In an interview with CRN in the fall, Paresh Kharya, senior director of product management for accelerated computing at Nvidia, said Nvidia made a “big investment” to support Arm-based servers for three major reasons: more choice, an open platform and improved energy efficiency for customers.

Nvidia already supported x86 processors from Intel and AMD as well as IBM‘s Power processors, so it made sense that the chipmaker would extend its support to Arm-based processors as well, Kharya said, especially since customers were expressing interest.

“They offer a choice to the customers, and we are seeing customers throughout the world asking and are interested in Arm,” he said, pointing to interest in Japan and Europe for building supercomputers with Arm-based processors, like the new Fugaku system that debuted at the latest Top500 list among a few other HPC systems that use Arm.

With Arm‘s open platform, according to Kharya, customers can innovate on top of it to meet their specific compute requirements, which is what Nvidia itself has done with its Xavier embedded system-on-chips that come with Arm-based processors. Before Nvidia made its software stack available for Arm developers, the chipmaker was already using it for its Xavier SoCs, he added.