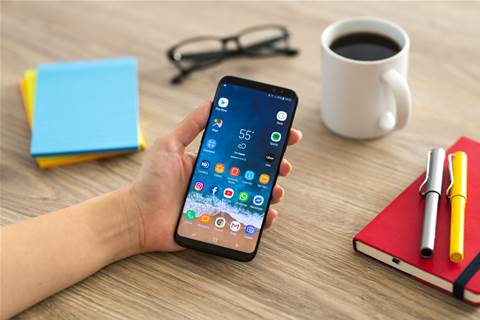 Google executives unveiled what the company is calling “the biggest design change to Android in years,” with an overhauled user interface set to arrive with Android 12 in the fall.

The redesigned UI in Android 12 aims to offer enhanced aesthetics as well as simplified interactions, and was announced at the Google I/O 2021 developers conference on Tuesday.

What follows are five big updates in Android 12 announced at Google I/O 2021.

Users of Google Pixel devices will see the most dramatic design changes this fall, Google said on Tuesday. The company announced the new “Material You” design scheme that will offer a significant amount of personalization to Pixel users.

Material You enables users to transform the look and feel of their apps, using personal material pallets and offering control over contrast, size and line width, Google said. The capabilities will be available for any app used on Pixel phones, not just Google-made apps, the company said.

Material You comes to Pixel and Google apps this fall, and will come to the web, Chrome OS and other Google products over the following year, the company said.

For the version of Android 12 used on non-Google devices there will also be a new user interface, influenced by the Material You design scheme, Google said.

Android 12 is “one of our most ambitious releases ever,” said Sameer Samat, vice president for Android at Google.

For Android 12, Google has “overhauled everything from the lock screen to system settings--revamping the way we use color, shapes, light and motion-- inspired by Material You,” Samat said.

As one example, if a user changes their wallpaper, the Android 12 system automatically creates a custom pallet based around the colors in the wallpaper and deploys those colors on the device UI, he said.

“The result is a one-of-a-kind design, just for you,” Samat said, who said that Pixel users will see this feature first in the fall.

“The design is more playful with dynamic lighting. Pick up your phone and it lights up from the bottom of your screen. Press the power button to wake up the phone instead, and the light ripples out from your touch,” Samat said. “Even the clock is in tune with you. When you don’t have any notifications, it appears larger on the lock screen--so you know, you’re all caught up.”

In Android 12, Quick Settings has also been redesigned to look and feel different while also including Google Pay and Home controls, he said.

Additionally, the Google Assistant can be triggered with a long press on the power button in Android 12, Samat said.

In terms of performance, Google’s engineers “have done some pretty amazing work on performance in Android 12 to make all the motion and animation in the UI super smooth,” Samat said.

To improve performance in Android 12, Google has significantly reduced lock contention in system services including activity, window and PackageManager, he said.

In terms of privacy capabilities, Android 12 will provide greater control and transparency, said Suzanne Frey, vice president of product for Android and Play privacy and security at Google.

One key update is a new privacy dashboard that shows what type of data was accessed and when, Frey said.

“This dashboard reports on all the apps on your phone, including all of your Google apps. And we’ve made it really easy to revoke an app’s permission directly from the dashboard,” she said.

Android 12 also adds an indicator that makes it clear when an app is using the phone’s microphone or camera, Frey said.

Plus, “if you don’t want any apps to access the microphone or camera, even if you’ve granted them permission in the past, we’ve added two new toggles in Quick Settings so you can completely disable those sensors for every app,” she said.

Google is also aiming to improving the interactions between Android 12 devices and other devices, Samat said.

In one update, users that have connected an Android 12 device to their Chromebook will be able to quickly access their phone’s most recent photos on their Chromebook, he said.

Google is also adding TV remote features onto Android 12 phones, where users will be able to voice search or text search for programming on their phone for viewing on an Android TV device, Samat said.

“This will work right out of the box,” he said.

As for Android Auto, Samat said that the “vast majority” of new vehicles from manufacturers including Ford, GM and Honda will support Android Auto Wireless, removing the need for cords, Samat said.

This fall, select Google Pixel and Samsung Galaxy phones will also introduce support for a digital car key feature, he said. The feature will enable users to lock, unlock and start their car from their phone, Samat said.

Users can also remotely share their digital car key with others when your car is being borrowed, he said.

The Android 12 beta launches today and is available on devices including Pixel and OnePlus phones, Samat said.

Grabbing the hybrid cloud opportunity with Lenovo and Azure Services
By Kyle Alspach
May 19 2021
6:46AM