Microsoft's channel chief opens up on ending internal use rights 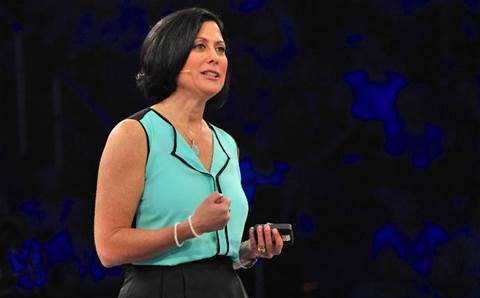 A major reason behind Microsoft's decision to eliminate internal use rights for partners is the shift to cloud-based products and the added costs for the necessary resources and support, Microsoft channel chief Gavriella Schuster said.

Microsoft disclosed last week that it will no longer offer the internal use rights (IUR) benefit to partners as of 1 July, 2020. The benefit, which has been a staple of Microsoft’s partner program for decades, provides partners with free Microsoft products for internal business usage.

Starting a year from now, partners will need to pay for the products themselves, which has been received by many partners as a controversial move. Partners will still be able to receive licenses to use Microsoft products for business development purposes, including demonstration, development and internal training, Microsoft said.

Schuster, who is corporate vice president for Microsoft's One Commercial Partner organisation, said during a press briefing this week that the IUR benefit dates from a time when software licenses were relatively inexpensive to provide to partners.

Delivering product use rights for on-premise software was "pretty much free," apart from the opportunity cost of not receiving revenue from the sale of the software, Schuster said.

As Microsoft's products have shifted to being delivered as cloud services, however, the cost has risen substantially, she said.

"We didn't really think through that very much until recently, when the bills were getting very big," Schuster said.

Microsoft's partner community has been adding an average of 7000 new partners per month over the past year, as well, she said. Ultimately, Microsoft determined that "we can't afford this," Schuster said during the briefing.

How big were the bills getting to be for internal use rights?

Really big. It really overran my budget this year... I had to cut back on things that I was going to invest in this year. I had to cut back so that I could pay those bills. And when I was doing the calculations, I was like, if we continue to grow the number of partners, and we continue to grow their usage--because they're doing awesome things with all the technology--pretty much I could only afford to pay for the use rights. And I couldn't afford any of the other services that I'm doing. So I was like, alright, that's kind of an easy decision then. I think I have to stop doing that.

This was partly an issue because when you go to cloud, there are resources that are actually being deployed?

We had gotten software to such a fine art, of like, "Oh, it's just a paper license. It's your cost of paper." And you deploy everything digitally. And it's just the cost of paper. So our cost was pretty low. And then you move to this, "No, you're actually using all these resources." And then you have all these people behind it who are supporting it. And engineering is supporting it, and engaging. And these are partners who are doing very unique things obviously, so there's even more support associated with that. And they have things running, a lot ... When customers are paying, they get very conscious about turning things off. When everything is free, then you don't turn things off. When you think about it, if you were not paying for your electricity or your heat, you might leave it running all the time.

What has been the feedback from partners?

It has not been good. I'm accountable for that decision. I knew it wasn't going to be good. Any change is hard. A change where you're saying, "Look, you are going to have to start paying for something that I've been giving you free for a long time" -- it's like when your kids get to be 20, and you say now I want you to pay rent. They're like, what? It's hard. And that's why we gave them a year, July 2020. We said you've got a year to figure this out. But we need you to figure this out. And we have all of our teams on standby, working with the partners on, "Let's come up with the best licensing solution for your organisation." Let's figure out if there are specials that we can create for you. But I just can't make it free any more.

Would it have been as big of an issue if you hadn't been adding partners so quickly?

Probably not. If we didn't have such an influx, and their own usage hadn't gone up so high, it probably wouldn't have been as big an issue. But all of those factors kind of came together. And it was like, "Oh no." But you don't want to say, we want to stop adding partners.

For any partners that feel put off by the IUR decision, what do you say to them?

I've had obviously a lot of them come to my inbox and my LinkedIn this week. First, I'm sorry. I didn't want to have to do this. But when I explained why I did have to do this, they go, as good businesspeople, "Oh, OK I get it." And then we talk about what their options are ... Every partner that I've talked to in this last week has really understood.