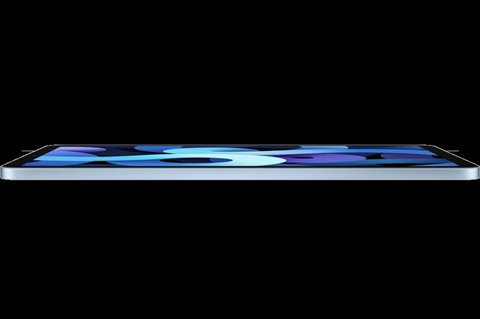 With demand soaring for iPads amid widespread remote work and education, Apple Tuesday unveiled a major refresh to its iPad Air and an update to its entry-level iPad.

For Apple’s iPad Air 4 (pictured above), the tablet has been “completely redesigned,” the company said. The eighth-generation iPad isn’t getting an equivalent overhaul but will still get some useful updates, including around performance.

What follows are five key things to know about Apple’s New iPad and iPad Air.

For its fourth generation, the iPad Air is getting a larger display and a change in its authentication approach.

The iPad Air display size is being expanded to 10.9 inches, from 10.5 inches on the third-generation iPad Air 3. The display features 2,360 x 1,640 resolution, keeping the tablet display at 264 pixels per inch as on the predecessor model. The fourth-generation iPad Air also offers Liquid Retina display technology and anti-reflective coating, as on the iPad Pro.

Unlike on the iPad Pro, which offers Face ID facial recognition, Apple is sticking with Touch ID fingerprint recognition for authentication on the fourth-generation iPad Air. However, the new iPad Air does get a major update on authentication—with Apple switching the location of the Touch ID sensor to the button on the top side of the tablet. This is the first time Apple has done something like this, and part of the rationale is to give the new iPad Air more of an edge-to-edge display design by eliminating the home button and shrinking the bottom bezel.

The fourth-generation iPad Air is also getting a brand-new processor from Apple, the A14 Bionic—which Apple is touting as the first 5-nanometer chip in the industry.

All in all, the A14 Bionic is suited for many performance-intensive apps even with the thin-and-light form factor that the iPad Air is known for, Apple said. The fourth-generation iPad Air sticks to the same weight (1 pound) and thickness (measuring 0.24 of an inch thick) of the iPad Air 3.

The iPad Air 4 also switches to USB-C connectivity and features a redesigned speaker system, according to the company.

On battery life, users can expect up to 10 hours of usage on a charge over Wi-Fi or nine hours over cellular.

For the rear camera, Apple says that the new iPad Air will feature the same 12-megapixel wide-angle camera as in the iPad Pro (though the iPad Pro does have a second, 10-megapixel ultra-wide camera).

The new iPad Air also supports use with an Apple Magic Keyboard or Smart Keyboard Folio, and with the second-generation Apple Pencil stylus. 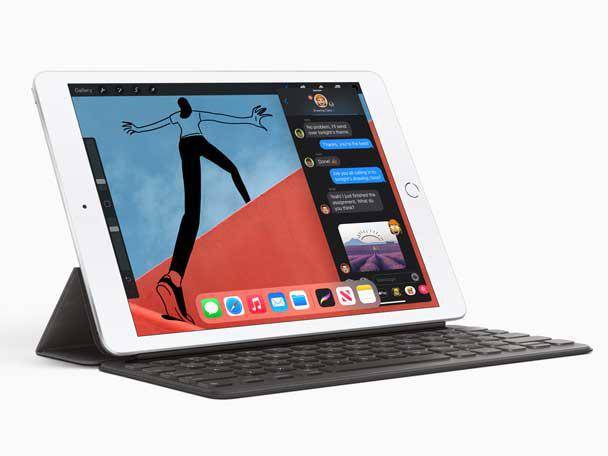 For its eighth-generation model, the entry-level iPad won’t see the sort of dramatic changes of the iPad Air. But it will get a big boost in performance with the addition of the A12 Bionic chip—best known as the processor in 2018 iPhones such as the iPhone XR.

The A12 Bionic will improve CPU performance by 40 percent and graphics speeds by 2X compared with the seventh-generation iPad, according to Apple.

The new iPad will retain the 10.2-inch display size and the ability to connect to Apple’s Smart Keyboard, as well as support for the first-generation Apple Pencil.

Apple is promising the same battery life as on the iPad Air, with the new iPad offering up to 10 hours of usage over Wi-Fi or nine hours over cellular.

Apple is ready to launch the eighth-generation iPad, but will be taking a little more time before it rolls out the fourth-generation iPad Air. Apple’s iPad Air 4 will be available in October for a starting price of $899 (Wi-Fi-only) or $1099 (Wi-Fi + Cellular).

Meanwhile, Apple’s iPad, eighth-generation, will be available to order Tuesday for a starting price of $499 (Wi-Fi-only), and will ship Friday. The Wi-Fi + Cellular model starts at $699.

Grow your software revenue by selling these 5 affordable, essential tools for the modern workplace
By Kyle Alspach
Sep 16 2020
6:42AM