5 things to know about the LG gram 17 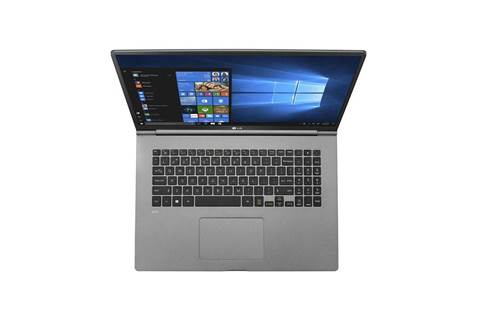 At the CRN Test Center, we’ve been trying out the LG Gram 17 for 2020. Here are five things you should know about the notebook.

First of all, there’s the portability. Why would you buy an LG Gram 17? Because this notebook has a huge display but only weighs 1.3 kg.

It’s a real achievement by LG. That’s more than a pound less than laptops like Apple’s 16-inch MacBook Pro and Microsoft’s 15-inch Surface Book 2, even though the LG Gram 17 has a larger display.

Speaking of the display, that’s the second thing you need to know. As you might guess from the name, the Gram 17 has a 17-inch display. i.e., it has the biggest display you’ll typically see on a laptop. The display resolution is good—2,560 x 1,600--and this amount of screen space might even save you from needing an external monitor.

No. 3 is performance. We didn’t feel like this was the strong suit of the LG Gram 17. There was a bit more lag in loading web pages and apps than we would’ve liked. Geekbench 5 benchmarks show similar single-core results to the MacBook Pro 16 and Dell’s XPS 17, but lower multicore results. The Gram 17 comes with a quad-core Intel chip, while those other large-screened laptops we mentioned have moved up to six or eight cores.

For No. 4, battery life, the results were stronger. On the “best battery setting” in Windows 10, and the brightness set to about 75 percent, we were able to stream video on YouTube for 10 hours.

Lastly is price. The LG Gram 17 may be lightweight and long-lasting, but it’s not cheap. The notebook is currently priced at US$1,850. Still, not having a trade-off between portability and display space is a rare thing—and for some users that price tag may just be worth it.