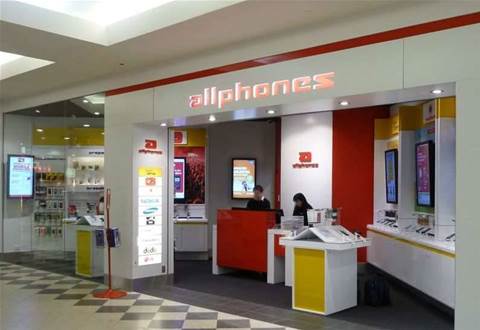 The majority of Allphones stores have been saved, with the announcement that "new operators" will maintain 50 of the 84 stores.

Although administrators PPB Advisory did not confirm who the new operators are, it confirmed that 34 stores will be closed and a third of Allphones' 446 employees will be left without a job.

According to the creditors report, ARMS, an entity of the Allphones Group, reached an agreement with Samsung to continue trading the 27 Samsung branded stores for a short period of time, enabling Samsung to transition operations.

PPB Advisory entered into a new agreement with Samsung from their appointment until 26 February 2017, under which the administrators continued to trade the Samsung retail outlets until 26 February 2017. Following this, control of retail stores was transitioned to a new third party operator on behalf of Samsung.

Creditors voted in favour to approve six Deeds of Company Agreement (DOCA) at the latest meeting of creditors held on 5 April. The agreements cover eight of the nine companies that are under voluntary administration. The other company has no creditors.

As a result of the approved DOCA's, major shareholder Skidmore Retail Group will contribute with $2.2 million, which will be used to pay all entitlements to the retailer's 446 employees in full, as well as net commissions to licensees and franchisees.

Skidmore had already provided $900,000 during the administration process, which helped maintain all 84 Allphones stores open.

PPB Advisory's Philip Carter said: "The approval of the DOCAs is a result of all parties collaborating to achieve the best outcome for creditors, including store operators and employees.

"This was made possible through the support of the major shareholder, Skidmore, with funding used to transition many stores to new operators, and preserve the majority of jobs in the process. The agreement reached also ensures a better outcome for all creditors, and we are particularly pleased that we will now be able to pay out all employee entitlements in full."

Allphones entered into voluntary administration on 6 February 2016 following a series of trading problems over the past few years. In 2014 the company suffered a $25 million impairment after losing a contract to operate 45 Virgin Mobile stores. After a lengthy legal proceeding, Optus – the owner of the Virgin Mobile brand in Australia – withdrew its products from Allphones, leaving the retailer without one of its largest suppliers.

Allphones made a $20 million loss in the financial year ending 31 December 2015, according to the company's most recent financial report.