6 big challenges security partners face when migrating to the cloud

Head In The Clouds

Cybersecurity vendors have looked to the cloud as they’ve expanded their portfolios beyond firewalls and anti-virus software, with Check Point Software Technologies, McAfee and Palo Alto Networks all calling out cloud security as their top area of investment.

Channel chiefs from three vendors mentioned above joined channel leaders at Fortinet and Bitdefender during a recent CRN Roundtable titled: “Security: Where To Place Your Bets In 2020.” From adjusting to new vendor expectations and financial models to avoiding a complacent “good enough” attitude, here are six critical challenges solution providers face when building out a cloud security business. 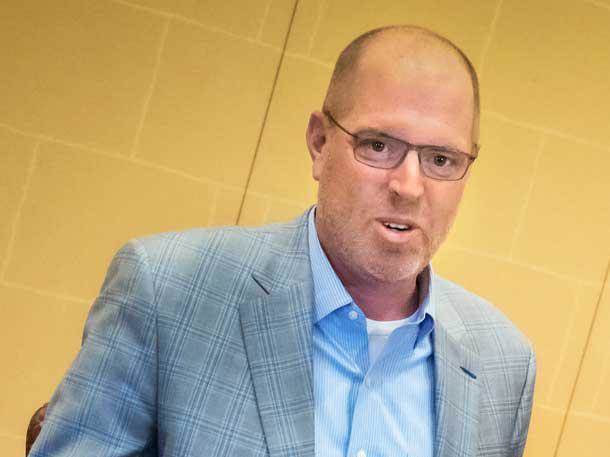 Too many partners are slow to move or are sitting still altogether when they need to be aggressive in today’s market, according to Soderlund.

Nearly 40 percent of channel ownership is expected to retire by 2024, Soderlund said. As a result, Soderlund said some solution providers are resting on their laurels and looking to past successes.

The solution providers that are going to make the biggest difference in the future at the ones that are forward-looking both in terms of compensation models as well as how customers are going to consume their technologies, Soderlund said. These partners must tighten their alignment with top vendors and closely re-examine how they invest and what they’re bringing to market, according to Soderlund. Some solution providers have been slow to move to the cloud due to the financial implications behind the shift, according to Ken McCray (pictured), McAfee’s head of Americas channel sales and operations.

Part of the challenges these partners face is not being educated enough to shift their finances from the legacy transaction or project-based model to the current ratable, subscription-based model, McCray said. Vendors have also faced the same challenge around shifting their financial model, according to Soderlund. Palo Alto Networks has been willing to bet on solution providers who aren’t where they need to be today because they’re leaning in, investing and asking the right questions, Soderlund said. Based on the direction these partners are moving, Soderlund said it gives him confidence that they are going to get to where they need to be at the right time.

It’s critical that vendors be able to distinguish solution providers who are making a good faith effort to adopt new business models from those who have blinders on and believe the way they’ve always done things is guaranteed to continue bringing them success, according to Soderlund. Vendors have in recent years completely shifted away from tier-based, precious medal partner programs with discounts and deal registration based on volume, according to Joy Sykora, Bitdefender’s vice president of global sales and channels.

In response, Sykora said Bitdefender has completely changed its MSP program over the last few years to fit the current market dynamics. Private equity firms are providing solution providers with a lot of assistance in adapting to the cloud, according to Frank Rauch, Check Point’s head of worldwide channel sales.

When looking at their business through a private equity lens, Rauch said solution providers have come to realize that the valuation on recurring revenue right now is so much better than the valuation on product-centric businesses. As a result, Rauch said savvy partners are absolutely all over this opportunity and making investments so that they’re ready to take advantage.

Solution providers have taken to hiring both cloud architects and security architects so that they’re in the best position to capitalize, Rauch said. As an industry, Rauch said people must be able to network. Partners often struggle with shifting from a transactional resale model to a recurring revenue model, according to Jon Bove, Fortinet’s vice president of channel sales. Even manufacturers that are seeing more subscription revenue are finding it hard to pivot to an annual recurring revenue model since publicly traded companies depend upon product revenue as a measure of success and stock valuation.

Too many partners are still so dependent upon a transactional margin on the resale, according to Bove. These solution providers will not survive in the cloud way if they continue to do that, Bove said.

Channel partners looking to embrace the cloud must be bold, invest and have an opinion, Bove said. They need to pick a horse and build a meaningful services practice around it for their long-term success, according to Bove.

Grow your software revenue by selling these 5 affordable, essential tools for the modern workplace
By Michael Novinson
Apr 3 2020
6:35AM