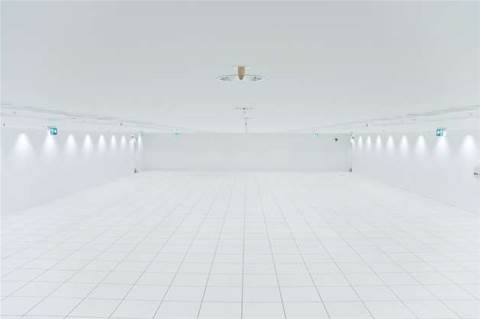 By September, the racks would be installed in a new, $3.5 million data centre located next to iseek’s existing, $4 million, 70-rack facility in the suburb of Woolloongabba.

By late 2012, it planned to begin construction on an 800-rack data centre adjacent to its $44 million 420-rack Export Park facility, which was launched last August.

“Since the global financial crisis, the focus has shifted from capital expenditure to an annuity-based managed services model,” he told iTnews this week.

The service provider introduced managed server and storage offerings last April, after inking deals with Hitachi and Cirrascale for an undisclosed sum.

Two-thirds of that virtualised infrastructure was located in the six-year-old Woollongabba facility; the rest was in Export Park.

iseek also phased out about 10 TB of Dell storage that previously fulfilled its internal storage requirements.

Gomersall could not provide an estimate of when iseek would reach its existing capacity, noting that some of its enterprise customers were “quite significant in size”.

While other local facilities faced flood damage in January, iseek – which remained “high and dry” – picked up four new customers, demanding more than 60 racks in total.

The company also drew interest from both the private and public sector after being selected as the only Queensland-based member of the whole-of-Government data centre panel in March.

Gomersall expected Government contracts to eventually account for between 20 and 50 percent of its business.

Gomersall said the new facilities would be “built to the same standard” as iseek’s existing Export Park data centre, which claims to be one of Australia’s most energy efficient.

He said the Tier III facility currently achieved a power usage effectiveness (PUE) of 1.3, in line with design estimates announced at launch.

Pending customer feedback, iseek hoped to further improve efficiency by increasing operating temperatures from between 20 and 22 degrees Celsius to between 26 and 28 degrees.

Gomersall expected both Cirrascale and Hitachi to play a role the new facilities, noting that the latter was “very supportive” of the annuity-based model.

Grabbing the hybrid cloud opportunity with Lenovo and Azure Services
By Liz Tay
Jun 23 2011
10:42AM