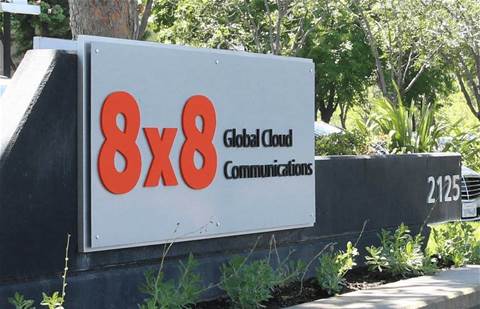 8x8 has its sights set on aggressive growth and is charting a course to that growth by boosting unified-communications-as-a-service sales through the indirect channel, 8x8's channel executives told CRN USA.

The company has historically done the majority of its business direct, with the channel contributing about 30 percent of sales. By the end of the third quarter, however, 8x8 will have grown its sales through the channel by 55 percent year over year, with seven of its top 10 US deals being assisted by channel partners.

From there, Corbin wants to grow indirect sales even further, to upward of 65 percent to 70 percent, he told CRN USA.

"In order for us to achieve our goals and objectives, the channel is the only way," he said.

8x8 has had a channel program in place for years but executives say it lacked structure. The company has been working to "up it channel game," and to that end, has brought on the right executives and partners to get to the next level.

8x8 is ramping up its channel through several different groups of partners. The company in 2018 unveiled partnerships with several nationwide IT distributors, including Ingram Micro, Jenne and ScanSource. The company also grew its business through its relationships with US-based master agents, including Avant, Intelisys, TBI and Telarus.

DeLozier, 8x8's new channel chief, has been creating the right kind of velocity that is allowing the company to build out its indirect sales efforts at "warp speed," Corbin said.

"I asked [DeLozier] to join and really pour a bunch of gasoline into the master/sub arena while we stand up our distributor/VAR business," he said.

Channel partners largely dominate the midmarket and the low-end enterprise space. UCaaS is now on the priority list of many midmarket businesses, which makes solution providers very well-suited as a sales channel for UCaaS solutions. And for partners, the UCaaS opportunity is tremendous, DeLozier said.

"UCaaS is a US$50 billion industry that's still very much untapped. Folks that understand UC, contact center, and collaboration, why not just pick it up and put it in the cloud? We think there is a huge opportunity," he said.

8x8 in July made its X Series, a cloud platform that combines voice, video, collaboration and contact center, generally available. 8x8 differentiates itself in the UCaaS market by providing all homegrown technology offerings as part of its UCaaS portfolio, rather than partnering with third-party providers, channel executives said.

Eliminating departmental friction within MSPs
By Gina Narcisi
Sep 18 2018
5:48AM