A decade of iTunes 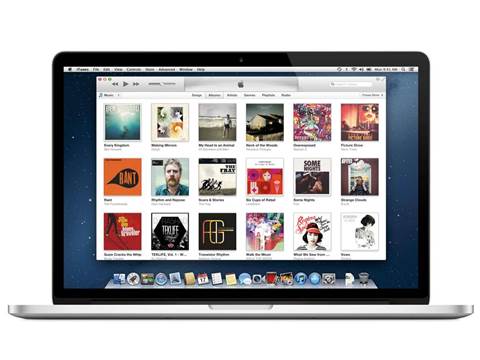 On April 28th, the iTunes Music Store hits the ripe old age of 10. Yes, we find that quite hard to believe too – but it’s the truth and it makes us feel very old indeed. Anyway, we thought it’d be a good time to hop in the time machine and take a trip through the Music Store’s history, stopping off at some major milestones on the way. Belt up.

The iTunes Music Store goes live in the US. There are 200,000 songs available for download, costing 99 cents apiece. On day one, U2’s “Stuck In A Moment” is the top-selling track and Beck’s Sea Change the top-selling album. Over a million songs are sold in the first week of operation.

iTunes lands on Windows, allowing non-Mac users to purchase songs through the Music Store and sync them onto their iPods.

The 50 millionth song is downloaded.

The iTunes Music Store lands in the UK, Germany and France.

The downloader of the 100 millionth iTunes song, Kevin Britten, wins himself a PowerBook, iPod and a voucher for 10,000 more tunes. Lucky Kev.

There are now over a million songs available in the store.

iTunes comes to a raft of other European countries: Austria, Belgium, Finland, Greece, Italy, Luxembourg, the Netherlands, Portugal and Spain.

The US’s friendly neighbour to the north Canada finally gains access to the Music Store, eh.

500 million songs have now been downloaded. That’s half a billion, folks.

Apple launches the iPod Nano to replace the iPod Mini. It goes on to become the best-selling MP3 player of all time.

TV shows (available one day after they air) and music videos are now available through the iTunes Store. These launch alongside the fifth generation iPod – the first to support video as well as music.

Australians bid “G’day” to the iTunes Store as it launches Down Under.

iTunes becomes less and less a Music Store as films go on sale for the first time.

Kiwis do the Haka (probably) as the iTunes Store arrives in New Zealand. 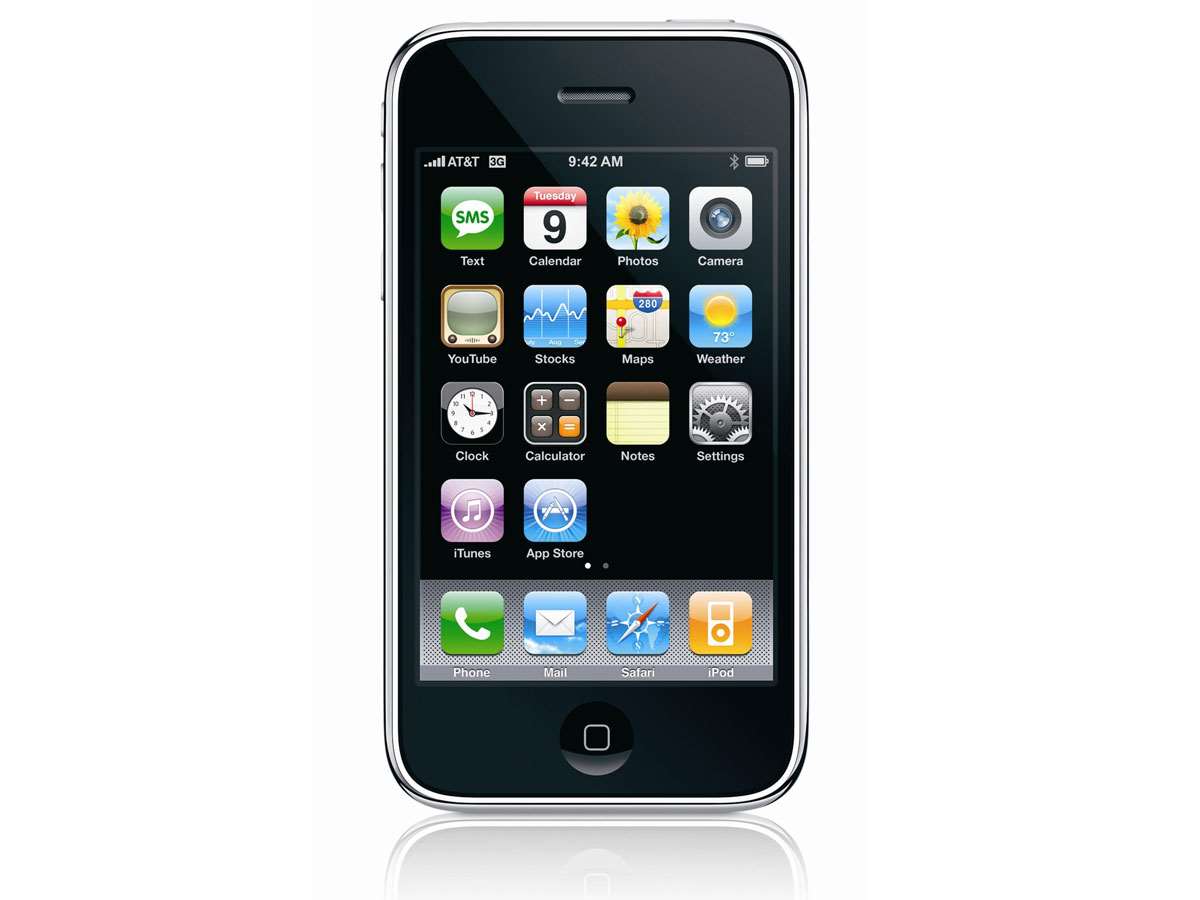 The iPhone is announced alongside news that two billion songs have now been downloaded on iTunes.

Films on iTunes suddenly get a lot more appealing: the first Apple TV is launched.

Apple introduces “Complete My Album”, allowing you to, er, complete your albums by buying missing tracks at a discounted price.

A blow is struck for platform neutrality as EMI’s entire back catalogue goes DRM-free on iTunes. 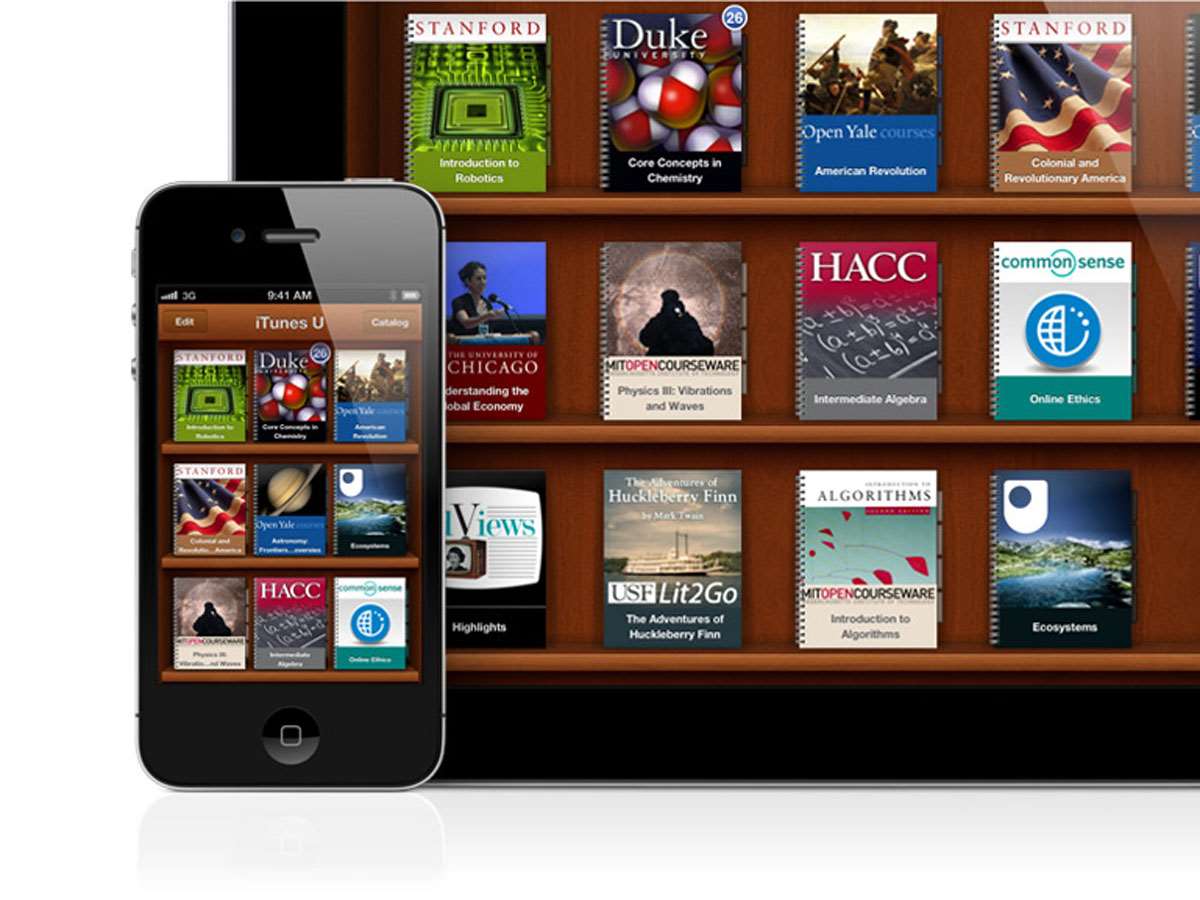 Apple moves into the education market with iTunes U, which allows universities and other educational institutions to control and distribute audio, video and PDF content to students via iTunes.

The iPod Touch is launched, becoming the first iPod able to access the Store directly.

Apple displays a whole lotta love for Led Zeppelin, as the veteran rock band’s back catalogue appears at the Music Store for the first time.

Top-selling song of 2007: “The Sweet Escape” by Gwen Stefani
Top-selling album of 2007: Back to Black (Deluxe Edition) by Amy Winehouse

iTunes is now the leading music retailer in the US.

A landmark moment as iPhone 3G is launched – and alongside it the iTunes App Store. The are only 500 apps on sale, but users of iPhones and iPod Touches download 10 million apps in the first weekend.

In an effort to aid music discovery, Apple introduces Genius, which recommends songs based on the music you like. It’s OK, we guess. 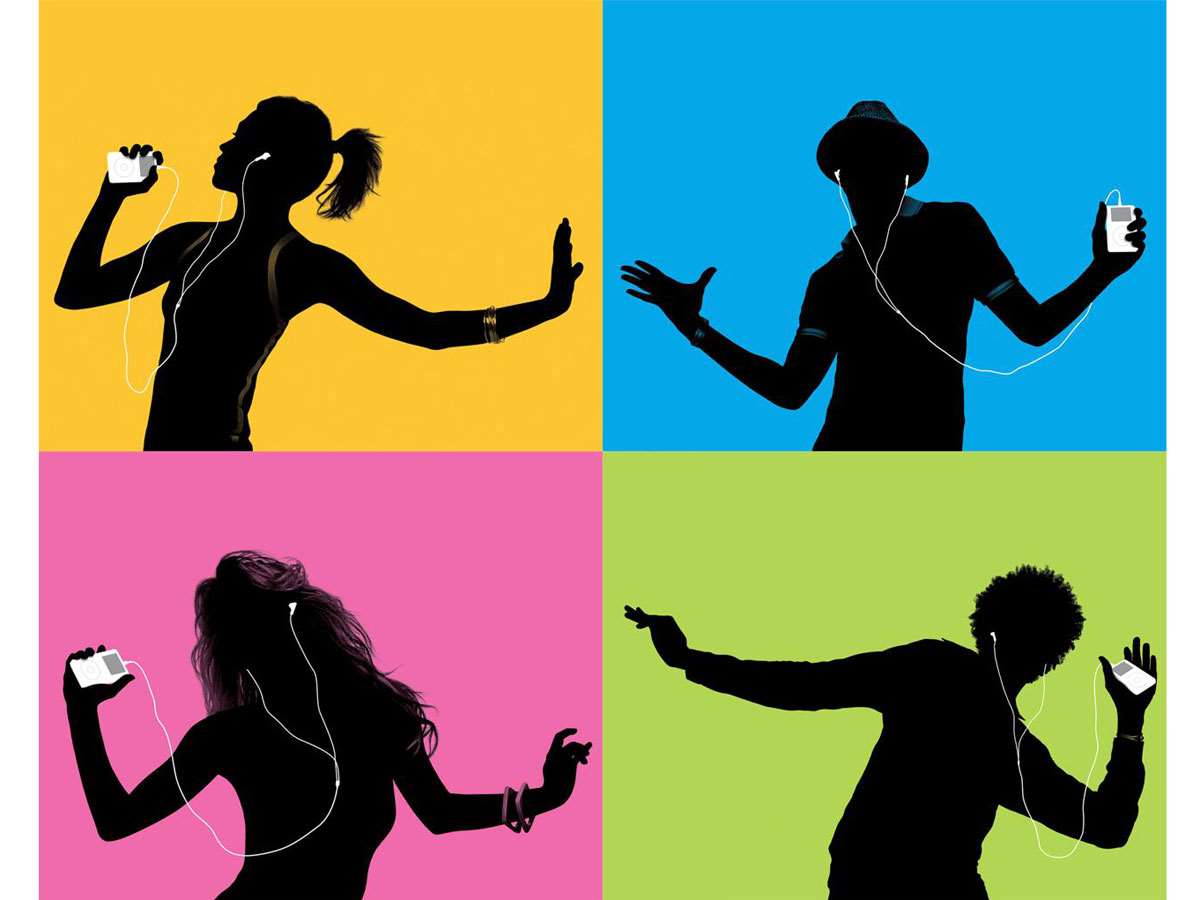 Sensible people around the world rejoice as every song on iTunes goes DRM-free.

Movies are now available to buy and rent in HD.

Tequila shots all round as the iTunes Store finally arrives in Mexico.

Top-selling song of 2009: “I Gotta Feeling” by Black Eyed Peas
Top-selling album of 2009: Only By The Night by Kings Of Leon 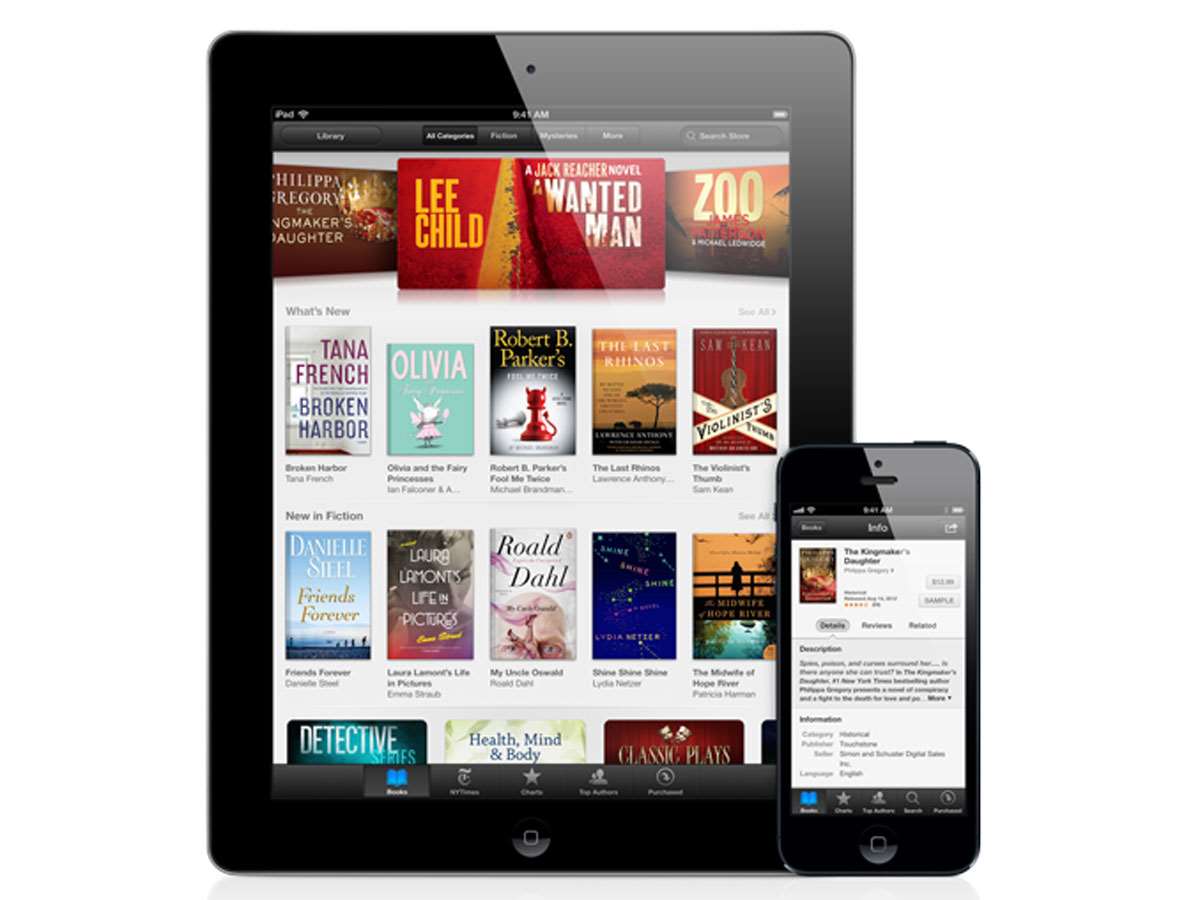 Apple introduces the iPad alongside iBooks and the iBookstore.

10 billion songs have now been downloaded from iTunes. 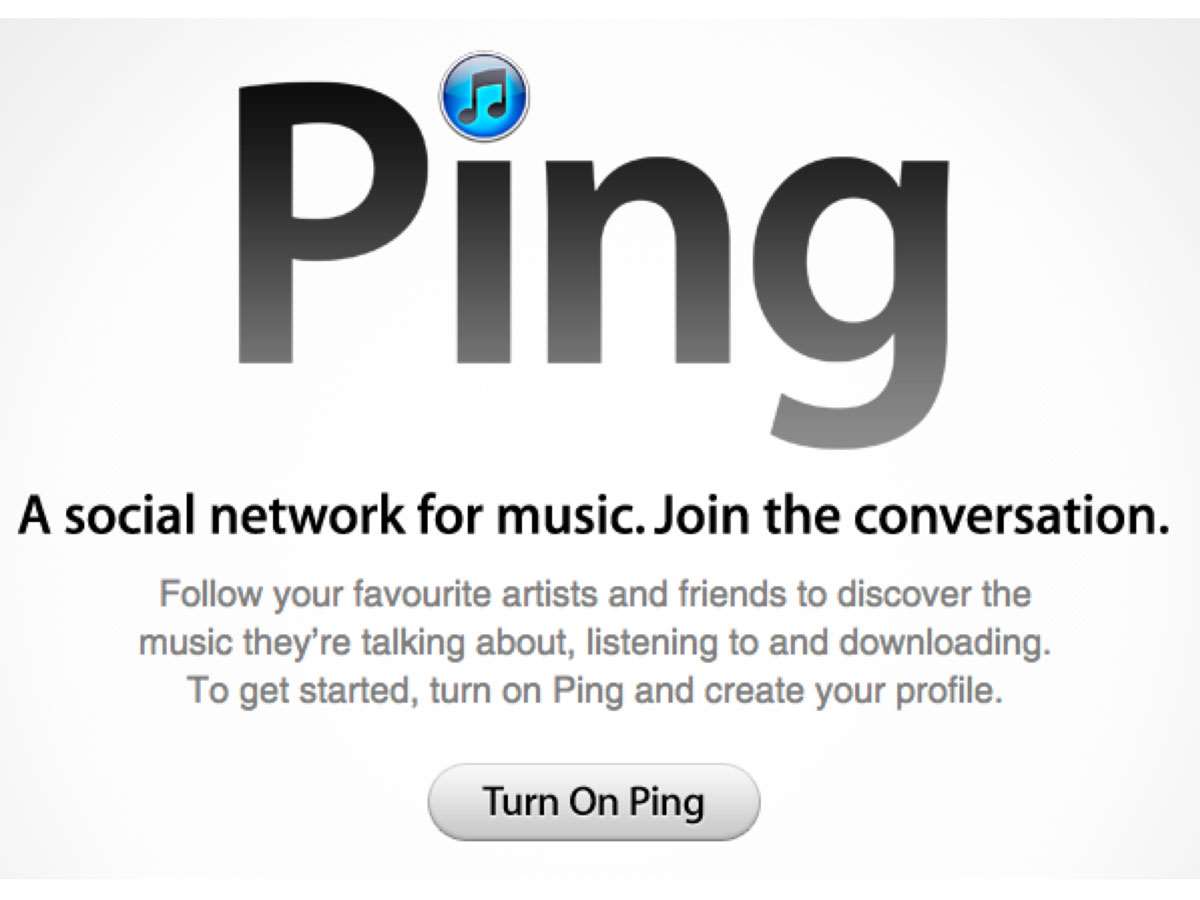 iTunes Ping, a social network for iTunes, is launched. It’s underwhelming, nobody really uses it and Apple quietly shutters it just over two years later, replacing it with Twitter and Facebook integration.

iTunes bags one hell of an exclusive by making the entire Beatles back catalogue available for the first time.

Top-selling song of 2010: “Love the Way You Lie” by Eminem & Rihanna
Top-selling album of 2010: Recovery by Eminem

Apple launches iCloud, allowing you to sync iTunes downloads between all your iOS devices.

Latin America finally joins the party as iTunes launches in 15 countries including Brazil, Argentina and Chile.

Hong Kong, Singapore, Taiwan and nine other Asian nations get access to the iTunes Music Store.

Russia, India, Turkey and South Africa are among the latest batch of countries to join Team iTunes Store.

A staggering 40 billion apps have now been downloaded from iTunes.

A slightly less staggering but still very impressive 25 billion songs have been downloaded.