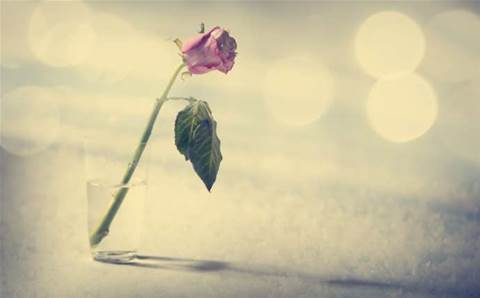 It comes as a shock to many when they realise that the apps and content on their computers and mobile devices are not their property to do with as they wish. This mostly becomes an issue when someone dies and the relatives try and get access to apps, accounts and content.

A Canadian widow for example, recently tried to get her deceased husband’s Apple ID password in order to continue using apps on their shared iPad. The widow, Peggy Bush, ended up being told by Apple support that she would need to produce a court order before they would be able to give her access to her husband’s account.

Peggy’s daughter spent weeks going back and forth with Apple before writing to Apple CEO and going to the media with her family’s story. Apple eventually agreed to help the family with their issue but has not said whether this will include giving the family full access to Peggy’s husband’s account.

The family shouldn’t have been surprised. Apple’s, and most other companies’ license terms are fairly clear that there are no rights of “survivorship”. In Apple’s words:

In this particular case, Apple support should have been much clearer about what was and wasn’t allowed under the terms of the license and the problem shouldn’t have taken as long as it did to resolve.

For most people, when somebody dies, the issue of the deceased person’s continuing digital life is not the first thing they necessarily think about. Lawyers who deal with wills and estate planning are generally still not thinking about the digital consequences of death and so even now, no advice is given about how to manage the “digital estate” once someone dies.

The biggest problem facing someone dealing with a deceased person’s digital estate is access to their many online accounts. Although legally not in keeping with the terms of license agreements of those accounts, having a username and password allows an executor or family member to close accounts, transfer data, or even continue them on.

Ironically, the easiest, and possibly most secure, way that anyone can leave details of their accounts, usernames and passwords is to keep them on a piece of paper or notebook. Making it an official part of a will, or storing it with a lawyer is not going to work because it would have to be updated every time account details changed.

The second part of dealing with a digital estate is fulfilling the wishes of the deceased as to what should happen with their social media accounts and email in particular. It may be that someone wouldn’t wish to have a memorial page set up on Facebook for example. Some people would not wish to have their families go through their email or messages on their many accounts.

In order for these wishes to be carried out, they need to be made clear, either in the will, or by communicating them to whoever is going to be the person sorting out the estate.

Finally, there are the apps, media and other content that the deceased person “owned”. Because of the non-transferability of this content, technically it should all be deleted on someone’s death. However, again, what actually happens to it depends on whether the accounts can be accessed or not.

Much of the difficulty of dealing with the digital world of a deceased person could be dealt with through the technology providers themselves. Google has an automated system for example that handles accounts that have been inactive for a certain period of time. This allows for people to be notified and email and other content to be downloaded or transferred. It also allows a user to decide to delete everything in that event. If every company had a similar policy, it would allow for a “digital death” to follow on from a physical death easily and with the minimum amount of impact on those left behind.

This article was originally published on The Conversation.