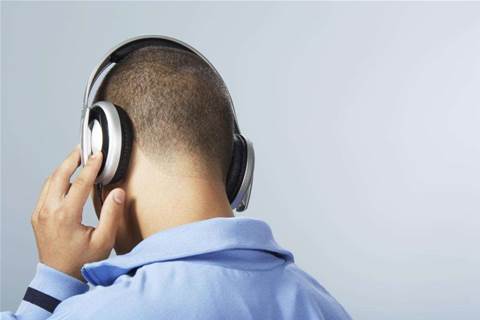 ISPs including Telstra, Optus and iiNet have stated that they are unlikely to match AAPT's 24/7 unlimited broadband product, believing they already had bundled offers that could effectively compete.

AAPT earlier today unveiled a $99.95 per month bundle of unlimited ADSL with no throttling, phone line rental and access to an EMI legal music library service.

The telco's chief Paul Broad believed the product would "force our major competitors to do the same thing".

But competitors contacted by iTnews were unconcerned by the move.

Several believed that unlimited usage would appeal to only a small percentage of internet users.

"Our customers overwhelmingly find that plans with defined download limits are adequate for their use, so we believe this plan will appeal only to a small segment of the market," a Telstra spokesman said.

Telstra said it had a bundle with 12 GB of downloads, home line rental "with unlimited local calls, capped rates on STD and calls to mobiles", unmetered BigPond content and "discounts on music, movies and games" for under $100 per month.

An Optus spokesman said its $129 per month ‘yes fusion' plan was comparable. It included "unlimited" broadband capped at 30 GB before it was throttled to 256 Kbps speeds, line rental and unlimited local, national and mobile calls.

iiNet's Naked Home 5 plan was put forward by its spokesman as another alternative.

It included 60 GB of downloads evenly split between peak and off-peak and shaped to 128 Kbps when the limit was exceeded, all local and national calls free on the iiTalk service, access to iiNet's content freezone, and the company's BoB hardware.

"We have had a great relationship with Apple iTunes (the world's largest music retail store)," iiNet's spokesman said.

"For some time now, downloads purchased through the Freezone don't count against quota. For $99.90 per month, customers can get a naked plan with BoB and as much music as they like from what is arguably a better catalogue and a raft of other Freezone content."

Although arguably not a competitor, Exetel chief John Linton believed the $100-a-month AAPT offer was "far too high" to be a market-breaker.

"My view of the ADSL residential market is that once you charge more than $40.00 a month for ADSL the market becomes 'resistant' with $50.00 a month the maximum for any acceptance," he said.

"Beyond $50.00 the market fades away to tiny percentages which are fine in today's markets but are almost not going to be fine as 2010 wears on."

AAPT first introduced unlimited broadband for six hours off-peak. It then doubled the unlimited offer to cover a 12-hour period before extending it to the full 24-hours in its latest announcement.

A key element of the new bundle was access to a new streaming and download service courtesy of a partnership brokered with EMI Music.

The offer included unlimited streaming of all EMI Australia's catalogue via its digital platform, The In Song, and $50 worth of music downloads every month.

Subscribers could stream music with no caps and throttling "and create their own playlists with their favourite songs", AAPT said.

"AAPT has formed the partnership with EMI to offer music downloads as part of the package because we believe in supporting the music industry and paying artists for their material. It's that simple," Broad said.

"As consumers, we all have a moral responsibility to ensure recording artists receive the royalties they rightly deserve and by offering our Entertainment Bundle we're encouraging Australians to do the right thing."

Grabbing the hybrid cloud opportunity with Lenovo and Azure Services
By Ry Crozier
Feb 16 2010
8:54AM