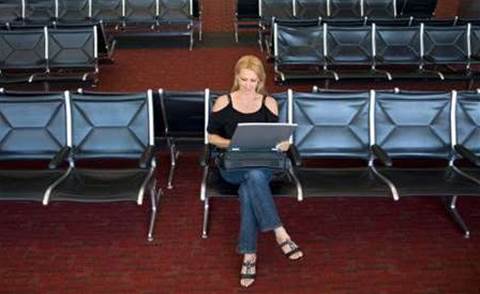 AAPT has deployed a handful of free wifi hotspots in Sydney shopping centres, pubs and cafes to inform its development of a commercial service.

The service was offered under AAPT’s resurrected Connect.com.au brand to address what Yuile said was a “dearth of wifi capability” in Australian public spaces.

AAPT will collect usage statistics while it investigates advertising and other funding options for the free wifi service during the next six months.

“In a business, you’ve got to invest in innovation; we’ve probably spent around the ballpark of $50,000 on this,” he said.

“It’s a sandbox project. I haven’t got a firm rollout plan … In one sense, we’d like to do that, but we run a business; we’ve got to make business decisions here.”

Although Yuile noted a high level of interest in the free wifi service, he speculated that the Australian advertising market might not be developed enough to support it.

He said AAPT was considering a handful of funding models, including offering wifi as an add-on to its fixed-line service.

Noting that wifi hotspots tended to exist in “clusters” in crowded areas, Yuile suggested that AAPT could offer wifi under a federated model, wholesaling it to other service providers.

“Sometimes gaps in the market appear because there’s no business … [but] I think there’s an opportunity to play there,” he said.

“The age-old story with free wifi is ‘how do you make money?’

“The jury’s out but as and where we can toss some sites up and play around with it, I’ve got lots of people who are excited about that.”

However, an AAPT spokeswoman said the telco had met some unexpected resistance from an authority in a public space, which was concerned that the free service would “bring more people here”.

Earlier this year, British telco O2 unveiled what it said was the largest free wifi zone in Europe, under a deal with two city councils.

Sydney’s rail and ferry operators have piloted free wifi services for at least two years but the State Government had yet to decide on whether to extend the service to all commuters.

iiNet has offered its subscribers free wifi in Perth as part of a trial since January.

Grabbing the hybrid cloud opportunity with Lenovo and Azure Services
By Liz Tay
Sep 5 2012
9:22AM