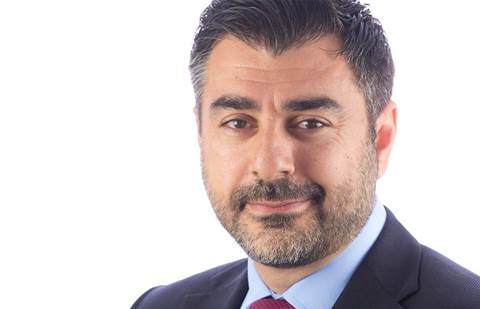 The deal to acquire publicly listed cloud provider Bulletproof has become a bidding war as it was revealed that Sydney-based IT solution provider AC3 is in negotiations to acquire the firm.

AC3 – which rebranded from its former name, Klikon Solutions, in 2015 – has offered 15.2 cents per share for Bulletproof, a premium over an earlier proposal by Macquarie Telecom to pay 11 cents per share.

AC3's proposal values Bulletproof at $24.7 million, more than $5 million higher than MacTel's original offer, which was worth $18 million.

Bulletproof's share price has nearly doubled since Macquarie pounced: its market capitalisation was under $11 million in November and had risen to $19.5 million at time of writing.

A statement from Bulletproof indicates that AC3 is just one of a number of prospective bids for the company, and that "they are incomplete, subject to conditions, not binding and there is no certainty that the proposals will lead to a takeover offer or control transaction for the company".

AC3's cash scheme proposal is subject to a number of conditions, including finalisation of financing and a commitment by the Independent Board Committee of Directors (ICBD) to recommend the offer.

“I can confirm that we are in discussions with Bulletproof," said Simon Xistouris, chief executive of AC3, in a statement sent to CRN.

"We have a clear growth strategy at AC3 that encompasses organic growth as well as acquisition.

"Acquisition has been a key part of our growth strategy in recent years, with the acquisition of AC3 from the NSW government in 2013 and it continues to play an important role in the expansion of our business. We are always looking for options that will complement our existing business and add further value for our customers.

"We are still in discussions and, therefore, cannot comment any further," Xistouris said.

Macquarie Telecom is currently trying to acquire Bulletproof in a deal valued at $18 million, however, it faces a steep climb after Bulletproof's board recommended shareholders reject the deal.

MacTel's 11 cents per share offer was a sharp discount on Bulletproof's share price high of 53c in early 2016, leading its second- and third-largest shareholders to object to the deal.

Macquarie Telecom has lodged an application with the federal Takeovers Panel to push Bulletproof to reverse its stance on the proposed acquisition.

The proposed deal marks the biggest move for AC3 since the reseller – in 2013 under the Klikon name – acquired state-owned services provider AC3 for an undisclosed sum.