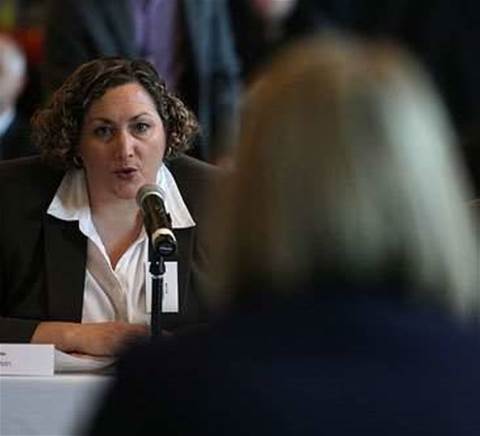 The Australian Communications Consumer Action Network (ACCAN) has begun experimenting with sponsorships from the private sector in a bid to avoid the fate of counterpart organisations in recent months.

The user group, established in 2009, currently receives the lion's share of a $2 million annual funding round under a four-year contract with the Federal Government.

Communications minister Senator Stephen Conroy this week announced a mid-term review of the organisation, whose funding was reliant on meeting six key performance indicators set and monitored by the Department of Broadband.

ACCAN chief executive Teresa Corbin said the mid-term review was unlikely to affect the amount of government funding the organisation would receive over the remainder of its four-year contract, but the group hoped to extend its lifespan through external sources of funding.

To date, the organisation has relied on the Federal Government for funding where its counterparts have usually sought membership fees.

What fees ACCAN does derive were comparatively paltry; its 100 organisational and 75 individual members provide $10,000 to organisational coffers annually.

ACCAN's own existence ultimately came at the cost of the telecommunications accessibility responsibilities of at least three other consumer groups.

The group's inaugural broadband conference this week came as the first effort to "diversify funding where possible", according to Corbin. The two-day event relied on funding from nine corporate sponsors but continued to include a keynote from Senator Conroy.

The group has come under fire of late for the large amount of government funding it does receive but Corbin said that any funding from government or private sector would not come at the cost of the group's independence.

One of the six government-mandated performance indicators it is held to requires the organisation to make submissions to government inquiries.

"I believe that our organisation would not have accepted funding if it did limit our ability in any way," she told iTnews during the conference.

"At present I'm pleased to say a large proportion of the industry are supporters of ACCAN overall.

"That doesn't mean they support our positions on issues, it just means that they're supportive of a consumer advocacy organisation."

She conceded any additional funding was unlikely to completely substitute the government grants it does currently receive.

"Any sort of sponsorship has to be project-by-project; you're not going to get core funding from industry supporters and we have to make sure that at all times it doesn't limit or gag us in any way."

Should the government contract lapse without renewal in coming years, the organisation would look to "evolve" in its position in order to develop commentary in addition to research.

"Over time I really hope that our focus is less on needing to argue for particular consumer protection reforms because customer service has improved and making sure people have accessible and affordable and available communications," she said.

"That is our end game and that priority will obviously change over time.

"We'll be commenting less about infrastructure and more about ensuring there's a base line that everybody can expect to have and hopefully overall we'll see that Australia will lead in this way."