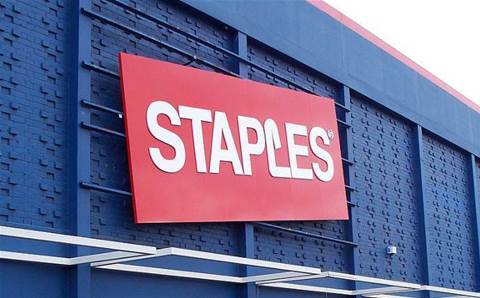 Australia's competition watchdog has raised concerns that the potential merger of Staples and Office Max could substantially lessen competition.

Staples revealed in March that it sold its Australian and New Zealand business to global investment firm Platinum Equity for an undisclosed amount. Staples will be rebranded to Winc next month, a portmanteau of "work incorporated".

A month later, Platinum Equity announced plans to acquire Office Max, a similar Australian business that sells print hardware and accessories, as well as laptops and PCs from Apple, HP and Lenovo.

The Australian Competition and Consumer Commission today said it was concerned that a merger between the two companies could result in higher prices and lower service levels, especially among large commercial and government customers.

"We are considering the extent to which other competitors will have the ability to compete with a combined Staples/OfficeMax for large customers after the acquisition,” ACCC commissioner Roger Featherson said.

The ACCC is inviting interested parties to submit any concerns until 7 September. The ACCC said it would particularly look at issues on the closeness of competition between Staples and Office Max, the extent to which customers have viable alternatives and whether existing suppliers could expand or new entrants could enter the market.

The watchdog also revealed that another office supplier, Complete Office Suppliers, had also made a bid to acquire Office Max, which ACCC is reviewing as well.

The ACCC will set out its decision on whether to intervene on 16 November.