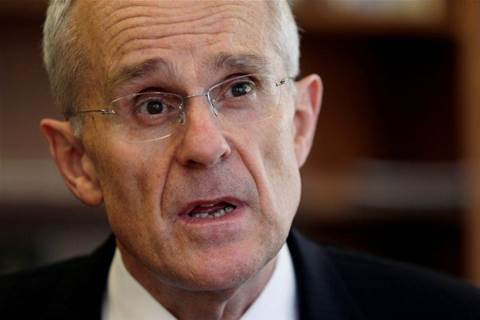 Australian Competition and Consumer Commission Chairman (ACCC) Rod Sims said proposed laws that will make Australia the first country in the world to force Google and Facebook to pay for news were fair and critical for the survival of the media industry.

Sims said he was surprised to hear criticisms from Google about the draft legislation unveiled by the Australian government earlier this month.

"We thought they were comfortable with that ... so we were very surprised that they're still complaining about that," Sims said in an interview on Monday for Reuters Next https://reutersevents.com/events/next.

Some media organisations, meanwhile, are unhappy that the code includes a "two-way value exchange" when deciding commercial agreements, which requires media companies to consider the value they receive from Facebook and Google users viewing their content.

"To be honest, we never thought that value was very large, because if the platforms weren't there, our judgment is people would go straight to the news media businesses website anyway," Sims said, noting the first draft of the code employed a one-way value exchange.

"But we do understand that there is some value in that, so it was only fair to recognise that, after all, we want a bargaining code that is seen to be fair and I think two-way value achieves that."

The ACCC has increasingly focused on the rapidly growing market power of Google and Facebook. It has two inquiries open into advertising technology and mobile app stores, with reports due in January and March, respectively.

Sims, who expressed concern about excessive pricing and self-preferencing by the app stores, said the reports would put a spotlight on the state-of-play and added the regulator would continue to focus on data concerns in 2021.

"I'm hopeful that not just Australia, but companies overseas will benefit from what we find," Sims said.